++AN IDEAL FOR LIVING++ Winds of Fortune Summer 382YE

++AN IDEAL FOR LIVING++
Leo stood with his arms outstretched as his squires fastened the last few straps on his breastplate, greaves, and vambraces. Hargan gathered his golden mane together, pulled it back, and bound it into a tight tail on the back of his head with a length of golden ribbon, then lowered his helmet into place. The girding complete, Leo stretched, making sure he could move freely despite the weight of the armour.

Satisfied, he and Hargan shared a brief moment, a kiss and a few words that were for them alone, and then turned to walk out of the tent together.

There was a surprisingly disappointing crowd. All of Leo’s companions - nobles and yeofolk alike - were clustered around his end of the roped-off field. Despite the fact they were in Morrow, there were barely more Urizen than Dawnish. Three dozen at most, clustered in small groups, talking in quiet voices at the other side of the square. Leo suppressed a frown and kept his face neutral.

As he strode out, the other Dawnish cheered and banged their fists on their armour, or their spears on the ground. As always the cheers of the crowd buoyed him up and his concerns melted. He held his arms up to receive their accolades, and as he entered the designated area, he almost felt sorry for his opponent. They would settle this disagreement, and Leo would attempt not to hurt his opponent too badly, but everyone would agree that truth and beauty were different or whatever it was they were arguing about.

He looked over to the Urizen side of the square. A tall young man in a pale emerald robe with a thin staff was walking towards him. He had obvious signs of merrow blood. Leo frowned. This was not the woman who had challenged him. He felt a brief stab of uncertainty and then immediately stopped being uncertain and became angry instead.

“What’s this,” he shouted. “Some kind of Urizen trick? In Dawn we fight our own battles when resolve must be tested!”

The merrow widened his eyes.

“I am a healer,” he said quietly. “It is my job to be on hand so that injuries can be tended to quickly and loss of life prevented. The arbiter has agreed to this fiasco but will not permit any life to be squandered while Zenith is still in the hands of the enemy!”

The merrow gave him another placid look which he couldn’t identify, and stepped aside. Leo realised there was someone else in the ring. His mouth dropped open in spite of himself.

Talitha of the Tempests was clad head to foot in tight-fitting mithril, banded and segmented to allow her ease of movement. On her head, a sculpted helm depicting a great bird. On her back, a two-handed sword. In her fist, a small bottle which she raised to her lips, drank slowly, and then threw behind her.

The Urizen had stopped talking, focusing all their attention on the sword scholar as she drew her massive weapon with ease despite its great size and raised it in a defensive posture.

A smile quirked at her lips.

“Come now Dawnish,” she chided. “Did you expect me to face you in a robe? I am a sword scholar, and I would never do something so unwise.”

+++GAME INFORMATION+++
The Urizen have encouraged the various scattered bands of Sword Scholars to come together under the auspices of one banner. They have worked to reconcile their particularly hard-line, adversarial interpretation of Wisdom with the Imperial faith, and to some degree they have succeeded.

You can learn more about what this means, and some opportunities regarding them, here → https://www.profounddecisions.co.uk/empire-wiki/An_ideal_for_living

You can also learn about the sword scholar archetype here → https://www.profounddecisions.co.uk/empire-wiki/Sword_scholar . This is a little bit of a work in progress, and may see some tweaking over th next few weeks - they’re not currently available as an archetype on the system that’s something for post E3 when they’ll get a little more integration into the wiki.

We’re down to the last handful now, I hope. Stay tuned.

@Christopher Allen is responsible for large chunks of this text 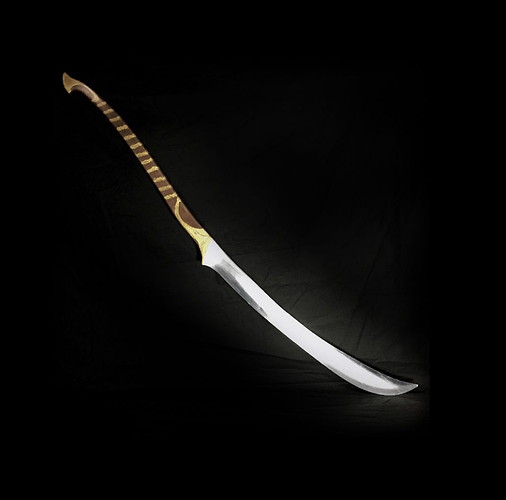