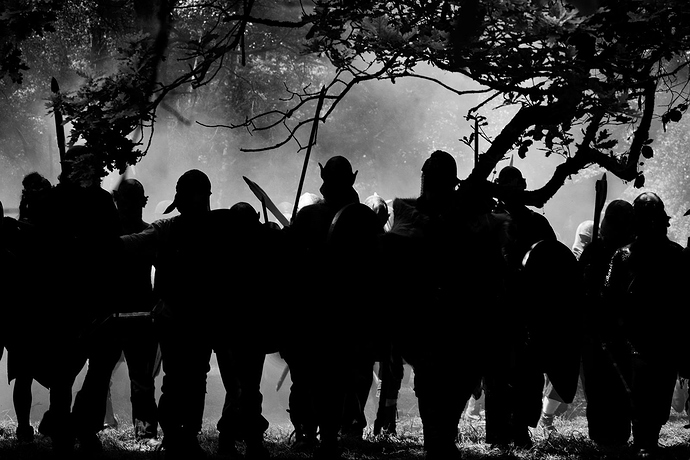 Hi Everyone - It’s a bit manic at the moment prepping for the event - the site team are at one end of the country getting the site ready and the GOD team are here in Preston making 1973 event packs up! However there’s just time for a quick announcement from me about battles.

As most experienced players know, at every event there are two big battles - one on the Saturday morning - and one on the Sunday. The battles start on the dot at 11am regardless of whether the players - or the monsters - are ready! That means if your character is going on a battle you need to be ready at the Sentinel Gate before that time - otherwise you may miss the action. If you’re monstering the battle we start getting ready at 9:30 with a deadline at 10:30, so get to the monster tent as early as you can to avoid delays.

Details of the possible battles that the Military Council must choose between (https://www.profounddecisions.co.uk/empire-wiki/381YE_Winter_Solstice_winds_of_war#Major_Conjunctions) will hopefully be part of the Winds of War released before each event this year.

The one key rule that is vital for every player to remember is that if your character is playing one of the battles - then you MUST volunteer to crew the other battle. You’re still welcome to volunteer to monster one or both battles if you don’t take the field as your character - but if your PC goes off to war then you MUST monster the other battle. This rule is vital for us to make the battles work - we can’t create a cast of thousands for the Imperial heroes to do battle with using just our 60 skirmish crew. Paying it forward by monstering one battle for each battle you play is part of the rules of the game - just like taking your hits.

We know that the overwhelming majority of players do turn up dependably to monster every event and that is fantastic. The only reason we are able to put the battles on successfully every event is because most players are doing the right thing. Sadly there are a tiny handful who have been letting the side down and that isn’t fair on everyone else (it’s the people that they don’t monster for who get robbed of a decent battle).

A year ago or so, we published a set of monstering figures showing which nations had been great at turning up to monster the previous event and which hadn’t. That was a bit controversial, but it undeniably led directly to some very noticeable improvements. We’d like to build on that this year if we can, since it’s one of the critical factors that will make the battles even better for everyone taking part. But to try and ensure that things are as fair as they can be, we’re going to publish the rolling averages over the last four events, rather than publish each event’s figures on their own. We’ve been tracking the data for most of last year, so we’ll combine that with the numbers gathered at each time and stick them up on the wiki after every event this year.

Of course those players who really want to get as much as possible out of monstering have already joined up with one or more of the elite monster units. https://www.profounddecisions.co.uk/empire-wiki/Playing_a_barbarian The players who created the elite Jotun and Grendel units that took the field against the Empire lasyear looked amazing. We’re already working with various groups of players to bring the Druj to life as well, so this years’ battles will be even cooler.

See you all soon!