Citizens, pilgrims and fellow priests,
It is the will of the General Assembly of the Synod that my mandate has been enacted to affirm that “it is the Seven Virtues than unite us, not divide us”.

I thank my fellow priests who chose to vote for this mandate, elevating it above those in competition. In this way, the highest assembly of the Synod has confirmed that it is worth the redoubled effort we will need to muster against heresy and idolatry for the coming year. This is a testament to the severity of the dangerous forces of schism that threaten the Empire’s spiritual cohesion.

To every Imperial nation, I shall bring the message that at the heart of our faith lies our common belief in the Seven Virtues.

In contemplation of the Seven Virtues and the goals of the Way of Virtue, I have been led to consider how pilgrims on the Paths of Virtue may best achieve liberation from the Labyrinth, or cross the Howling Abyss. Again and again, it is to the signs of the Paragon and Exemplar that I have returned.

Here then, is the text of my sermon as it has been conveyed to congregations from Holmauer, to Sanctuary Sand, to Gildenheim, to Sarcombe and across the Empire.

Allow me first to quote from the Doctrine of the Paragons: “A truly virtuous spirit… is capable of freeing itself from the Labyrinth of Ages through transcendence. A paragon spirit can be identified for having completed at least six of the eight signs of the paragon…”

This doctrine has introduced us to the concept of the ‘truly virtuous’. This is someone who will strive to take actions that are both virtuous in themselves, but also demonstrate the signs of the Paragon and Exemplar. But what does this mean in practice, for the truly virtuous pilgrim considering how best to live their life?

The eight Signs can be put into three categories, and only the third of those categories is directly relevant to everyday actions.

But as part of the journey upon their path, all pilgrims may cleave to the three remaining signs - ‘Benevolence’, ‘Inspiration’ and ‘Legacy’. These three signs can inform the pilgrim’s every act, and guide the pilgrim to true virtue.

Of all the signs, Benevolence is perhaps the simplest to discern – the pilgrim must simply ask themselves “who does this benefit?”, and “what is my reason for doing this?” Paragons’ motivations are typically some cause or purpose greater than their own self. Tian gave fire to her enemies; Korl shared the secrets of metal-working with all people; and Good Walder encouraged the sharing of rewards equally with all who worked for them. An act showing Benevolence is one that both adheres to the Paths of Virtue, but also benefits the Empire in whole or in part. Bear in mind that acts where the motivation is “to be recognised as an Exemplar” cannot be ‘truly virtuous’, because the true intent is self-centered.

Benevolence can be driven by a pilgrim’s own intentions, but in contrast, a pilgrim cannot simply choose to be Inspirational all alone. Ahraz led a wider shift in belief regarding slavery; Kala inspired others to use learning to make the world a better place; and Adelmar inspired warriors across the Empire to found their own academies of arms. All their beliefs and examples were taken up by others. Thus a pilgrim striving to Inspire must act and must be utterly committed to their cause. This absolute inner commitment becomes the spur of belief that drives others to action.

For something to be a Legacy it must endure, so this is a sign that is judged in part by the passage of time. Relics of the Paragons and Exemplars are a manifestation of the virtue of their bearer’s soul, as the result of virtuous acts: Avigliana di Sarvos’ creation of the Imperial Mint; Zemress’s ship, the ‘Kraken’; Tian’s gift of fire; and the creation of the nations of Highguard, the League and the Imperial Orcs. The common thread is one of vision, and the drive to create something lasting and of consequence. Whereas absolute commitment to a cause gives rise to Inspirational acts, a similarly fervent commitment to affect the face of Creation gives rise to Legacy.

At the beginning of my sermon, I asked what the Doctrine of the Paragons means in practice for the truly virtuous pilgrim considering how best to live their life. After considering the three most relevant signs, we can distill our answer to a simple set of questions to keep in mind - in every circumstance of our lives - when choosing how to act:

“Will this act benefit the Empire in whole or in part?”
“Is it accordance with the cause that I am truly committed to?”
“Does it further a vision to create something enduring?”
“Does it change the face of Creation for the better?”

In conclusion, I remind my listeners that we have learned to our bitter cost, the effects of national religious divisions upon the ability of Imperial armies to fight together. At a time when the Empire faces many foes, let us not rush to create another schism.
It is the Seven Virtues than unite us, not divide us. And the truly virtuous pilgrim should strive to act always with Benevolence, Inspiration and Legacy in mind.

+++GAME INFORMATION+++
The mandate has been passed, and Severin von Holberg’s sermon has been distributed to the faithful across the Empire and beyond.

There’s a great deal of discussion about what he’s said, and what it means for the Way going forward. You can learn about these thoughts here → https://www.profounddecisions.co.uk/empire-wiki/Benevolence,_inspiration,_and_legacy

It’s mostly for priests but theres a couple of things for the Senate to think about as well relating to what National Assemblies are actually for.

First Wind of Fortune! There’ll be a bunch more today, and then some more tomorrow. Sorry about the delays but we should be back on track now I hope.

Picture is from Roz Horton, the name is from the text itself. 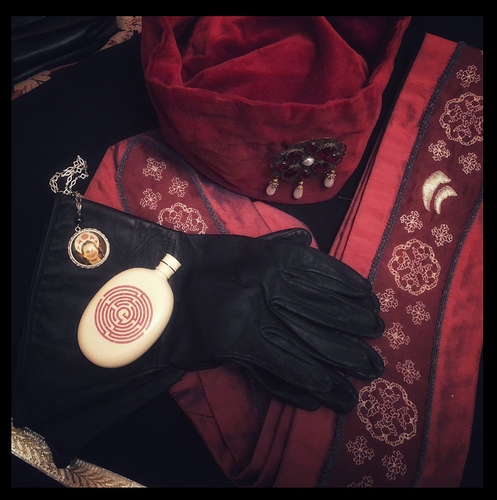