Three new card games are now available from ‘The Guild of Good Games’: ‘Bourse and Build’, ‘Bribe the Bourseholders’ and ‘Great Work!’. These all come as part of ‘Best of Bourse’ which is now on Kickstarter. See: 'Best of Bourse' card games by Dave Wetherall – GGG Games — Kickstarter

Following the reelection of Lieselotte von Holberg as Master of The Mint at E2, I’m pleased to say the 4th stretch goal will be to include an additional Master of The Mint card featuring her. See: 'Best of Bourse' card games by Dave Wetherall – GGG Games » Fourth Stretch Goal Unveiled — Kickstarter 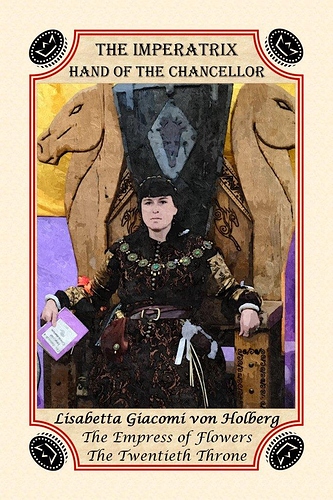 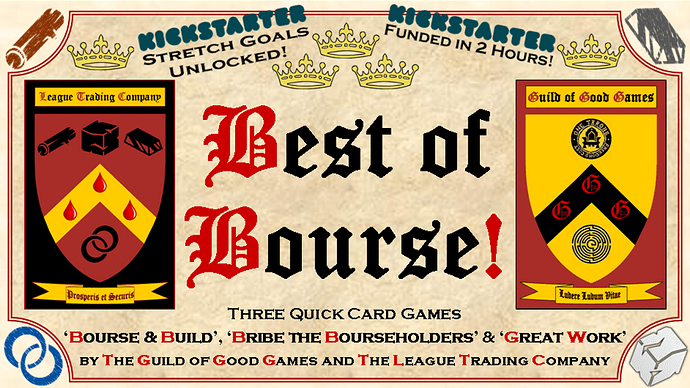 Final day: Unlocking the Throne Many thanks to everyone who's been backing Best of Bourse - you've just unlocked the fifth stretch goal which is to include an additional card in the deck representing The Imperatrix Lisabetta, the Twentieth occupant...