Can someone please explain what I saw at E1? 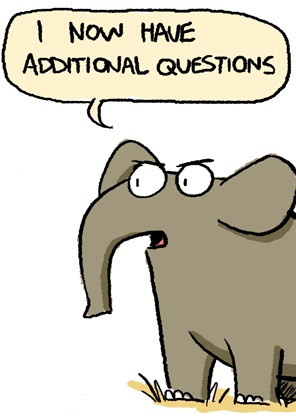 Well done everyone who survived Empire 1 this year, and for those who have returned from wherever that wind blew them to

By now, you may be looking back at the event, telling stories of it to friends and family, and occasionally running into a description of… er… that thing… with the things… that was doing… something? Or that group of people busy having a great time as they did… what was it?

Or maybe there was that thing that you saw which was awesome and made your day, and you have no idea why it happened! Or who it was doing it!

Then here is the place to ask. Whatever! Whoever! Why ever! Go!

Why was there a gang of Marchers banging pots and pans and yelling in the middle of Dawn?

Answer:
This was the use of Rough Music (a traditional Marcher expression of anger) at House De Soleil of Dawn, after that House had apparently let down their Marcher comrades on a skirmish earlier that event. They were yelling “Marcher lives for Dawnish Pride!” How (If?) this got resolved (or triggered), you may have to find out in play, but that’s what it was.

ok so this was my first ever larp event, i attended the new players fighting event and it was good fun. then it was time to play a monster. i really REALLY don’t like face paint or anything on my face though i don’t mind wearing an orc mask. i’m wondering why i was told i wasn’t allowed to play enemy for not looking “IC enough” by someone who was wearing a cookie monster onesie on the field given the implied importance of playing a monster if you want to fight bestowed onto us by the new player meeting.

So part of the game rules are that if you play one of the battles as your character, then you must monster the other one, in order to ensure that PD can actually put on meaningful battles for players to attend. Effectively, for any given battle about half the fighting playerbase will be playing as their characters, and the other half will be monstering as barbarian orcs.

Part of putting on that battle means that PD want the monsters to be a cohesive a force as possible in order to create an immersive environment. This is why almost everyone plays an orc when they monster, why the kit requirements are in place, and so on - it’s to create those photo-finish battles.

In this case, it sounds like a PD volunteer (the one in the onesie) judged that wearing an orc mask without the make-up behind it significantly affected the overall look of your barbarian orc, perhaps enough to break that immersion or make people question whether you were actually were an orc - obviously I wasn’t there so I can’t say for sure, but that sounds like what you’re saying.

Firstly, if you’re unhappy with that decision, I would suggest you could:

Otherwise, I’ll note that there are almost always roles you can take that don’t require you to wear facepaint & and orc mask - but most of the time these are as human slave water carriers, who nonetheless fill a vital role on the battlefield by keeping the monsters from dehydrating.

there was a guy next to me who was allowed to fight as he had an allergy to the facepaint and i was an archer so i would have been in the back for the most part anyway and i just find it very hypocritical that the person was on the field in a onesie and not a tabard like the refs, i might email matt about this as it was my only bad experience of the event, otherwise i really enjoyed myself.

I think this one has been answered as best we can on the forum, thanks everyone.

Are there any other curiosities? What were hooded figures doing wandering through your camp in silence on Saturday? Does Conclave always last four hours ten minutes? What is protocol for witnessing Senate?

(adds to derailing of thread)

allergy to the facepaint

What kind of facepaint is it? I had a weird reaction after I orced at E1 (numb lower lip and rash); I’m not sure if it was the facepaint, or the latex or what but I’d like to work it out and deal with it because monstering is one of my favourite parts of empire.

Generally PD uses Snazaroo, but there may be other brands mixed in.

Last event I was happy to orc (turned up in full clank with gloves, but my face was being extra sensitive and raw. I was allowed through to fight with out “panda” spots.