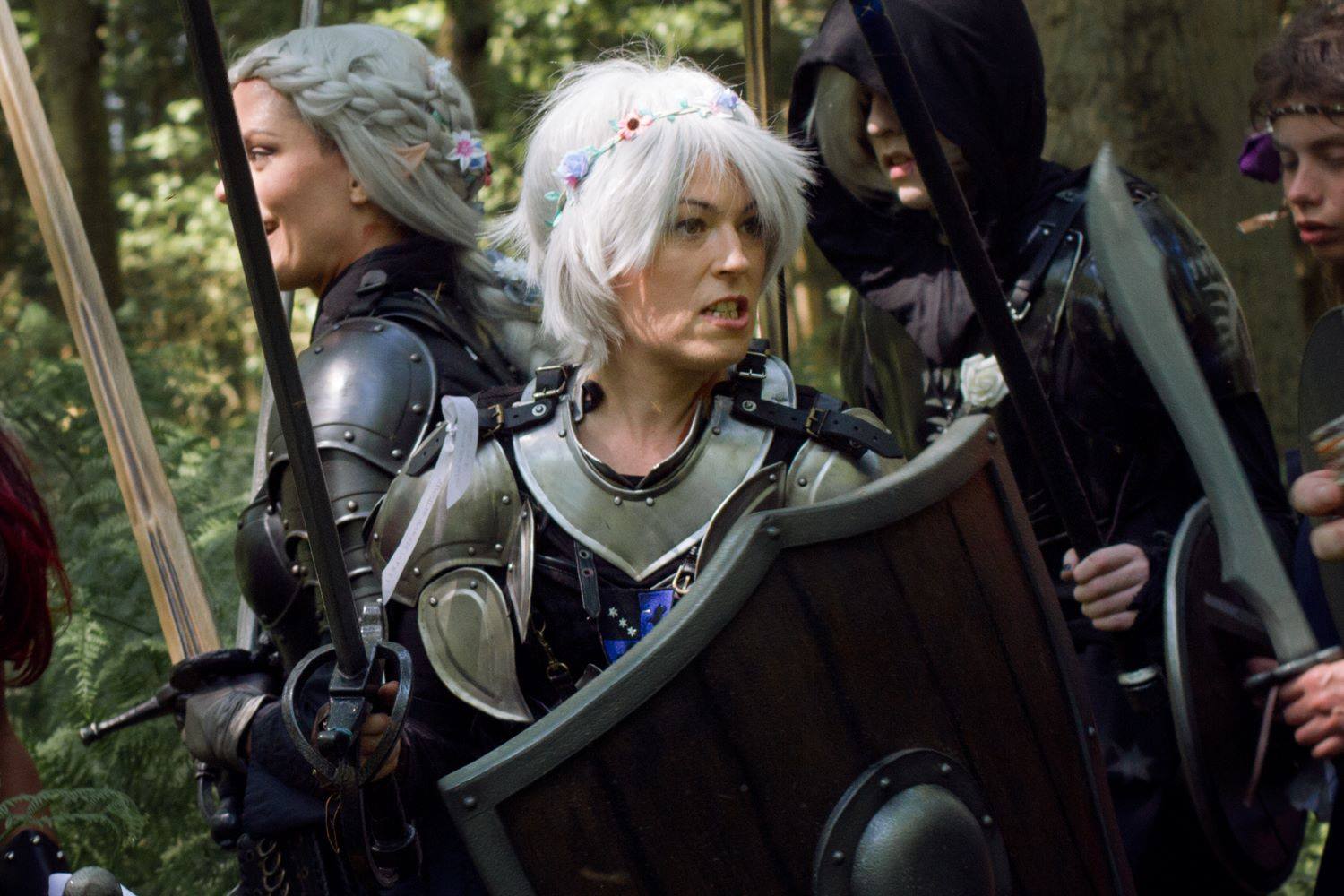 “How does the Sentinel Gate know where to go?”

“It’s an artifact Marthe, it’s not alive… it doesn’t know anything.”

“So how come every conjunction is always to somewhere important?”

The enchantress signed, she stood by the idea that it’s a good thing if your yeoman ask important questions - but she would prefer it if they stuck to things they knew anything about. “It’s fate. The Gate is linked to the magic of the stars - the constellations. Each conjunction represents a moment of fate - they are opportunities for fate to change.”

The yeoman carefully poured the wine as she asked the question “So why doesn’t it just let more people go?”

Morgause burst into laughter. “I’ve already explained Marthe - it’s not alive. It’s not trying to help us - it’s just a powerful arcane effect. The point is that those moments, those conjunctions, wouldn’t exist unless the outcome hung in the balance. If a hundred armoured knights could turn up and flatten everything… then it wouldn’t be a conjunction because that element of uncertainty would not exist. The Gate literally cannot form a conjunction for too many or for too few people. It can only form in such a way that if everyone goes then they have the chance to triumph.”

Marthe stopped to ponder that new information for a moment before announcing “I reckon it must be Dawnish then.”

Morgause laughed so hard her goblet shook spilling wine. “Whatever makes you think that dear one?”

Marthe started at her Enchantress and then grinned from ear-to-ear “Cuz it sounds proper glorious dunnit?”

Hi Everyone - this isn’t a wind of fortune!

But Raff is just working (or has just put up) the actual wind of fortune with the military conjunctions in it - so I thought I’d take this opportunity to do a tiny game design/blog/update thing about going on conjunctions! You can learn my three top tips for how not to die on conjunctions here

And here’s a completely arbitrary link for a Calvin and Hobbes cartoon I like on being prepared.

I heartily approve of those tips

What are everyone else’s tips on how not to die on a skirmish?

One from me would be to make sure everyone has a buddy or two and they know to stick together during the fighting and get each other up if needed. Going all lone wolf is one of the best ways to get dead.

Um… don’t allow your line to get strung out and then take an arrow to the [aluminium] chest?

My advice is a bit specific.

Having someone in charge is really important. I’m not talking about formal authority, I’m talking someone who knows the objective and has a reasonable grasp of small squad tactics, who will keep an eye on the line and make sure people don’t get strung out, keep track of who’s on the ground, and who can make the call of push forward and pull back. Doesn’t have to be a serious fighter - in fact it can be better if they aren’t because they will be out of the front line and able to take the long view.

Don’t Panic, Your Mates are next to you, you will cover them they will cover you.
Don’t shuffle back, Hold your ground. Its a fight you will take some knocks. Is it a fight to hold or a fight to kill? Either way make openings for your mate. Watch your neighbour make openings for you.
Don’t go running off after fleeing skirmishers (If your a Heavy). They will run rings around you and you will let yourself get isolated.
Don’t Charge off straight away. Advance and charge at around 10m away. Any longer you lose the surprise and tire yourself out.
If the person in charge says get stuck in. Then Get Stuck In. When the lines met and your just waffing your sword about, ADVANCE!!! Shout out to those near you to “STEP 1, 2, 3, STEP, 1,2,3” Keep the pressure on, and make sure your mates are keeping up.

These are my rules for big battles. For skirmishes they are the same and even more important as every one needs to pull their weight. Ive head of skirmishes that have failed simply because no one would advance and actually kill the husks (They were hiding behind the shields and allowing them to get back up constantly. They did not advance enough to then execute the fallen husks"

true. husk while weak are just the worst to fight for a long time. what starts of feeling like 10 turn to 20 because you and everyone else get low on health and weaker with time.
the husk just keeping coming back and get a nap on the floor half way into the fight (eg when they get downed)

Yea, I have a few mates who are on the skirmish crew and I get to hear some stuff after the event (because even monsters have cool shit they want to share). I don’t get to do many skirmishes but there are a few this event that have really taken my fancy and I want to practice what I preach.