Does this count as a sauq coat?

(Still having problems with making a sauq coat, despite great advice earlier)
The empire wiki says sauq coats tend to be pale, however having looked online for designs of circumpolar shamanic coats, I came across this coat. 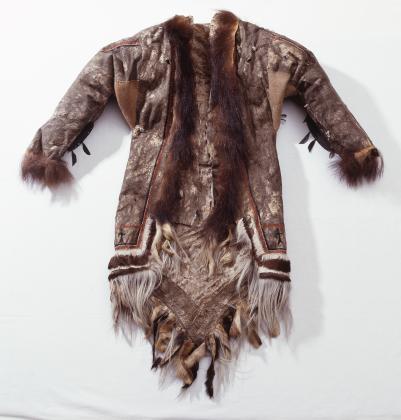 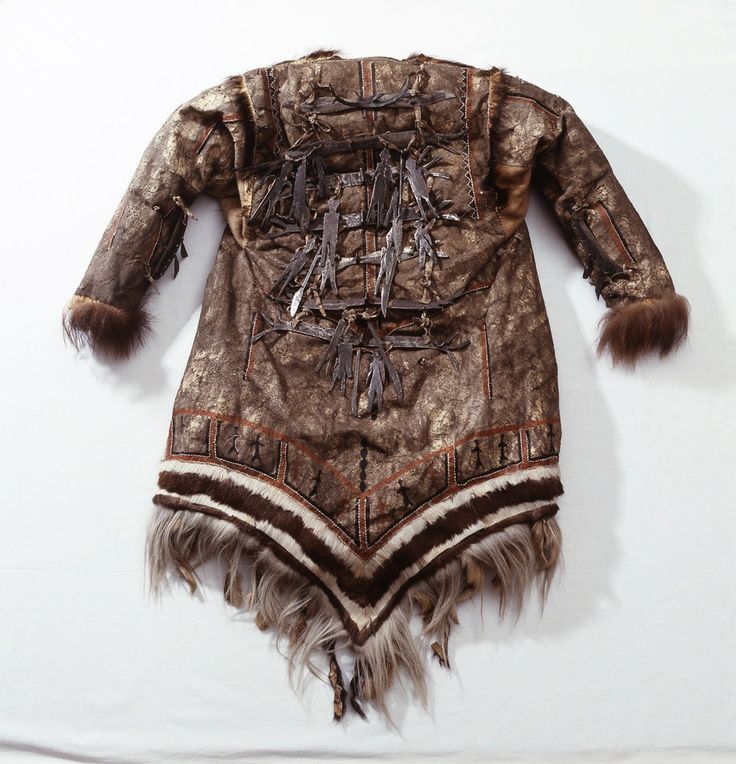 There is one obvious problem - it is not pale; most of the sauq coats I’ve seen at events are a cream suede, however this is some sort of brown-grey leather.

However, it has many of the other themes of a sauq coat - tribal paintings, fur, shamanic decorations, etc, which leads me to be unsure as to whether or not I could wear something similar to this design.

Does anyone know if a replica of this would be ok?

If you are worried about the colour and you are making a replica, couldnt you just make it cream instead of brown ?

To me it looks more Native American, when I think Suaq are supposed to take more of an influence from Innuits; although I could be wrong. I’m sure if you have your heart set on that coat people will be fine with it

Thanks, if people will be cool with it if I’m certain suits my character I might go with it anyway, so long as it wouldn’t lead people to mistake me for a Kallevesi or something, and isn’t incredibly out of character.

P.S It’s a shaman coat of the Selkup people, who sort of follow the reindeer around throughout the north, and often live in the same areas as the Sami and Inuit people, and have a similar culture.
Too Long Didn’t Read: OC it makes sense, but IC, it has strong visual dissimilarities to other sauq coats.

or were you going to make it but now want to buy this coat ?

The problem is, the colour is part of the overall look, and if I were to make it cream-coloured I would use another design - also it is not for sale, as it is an authentic ancient tribal coat, and currently in a museum in Finland, so I would have to make my own replica.

From the looks of it, it used to be a cream colour and has gone brown with age ( you can see parts of the cream coming through) but if you feel it needs to be brown then fair enough

I might see about finding out what it would look like in a cream colour - not sure.
Thanks for the advice though, actually quite helpful.

On balance, I’d go for something similar in a lighter colour rather than trying to replicate a real-world artifact. But ultimately it’s up to you.

Where does it say colours? that sounds like a useful section of wiki - the most specific thing I could find was that they tend to be pale - also, if it suggests taupe as a colour, that would actually be fine, because it’s only a shade darker than taupe, and would still have the same awesome look to it in taupe.

There are two pages related to costume for each Nation, the phrase about colours is on the Look and Feel page for the Suaq.

Also I think that coat is one of the style sources for Suaq coats, it’s just heavily weathered and used compared to the ones from the costume page. So yes to the style, just change the colouring.

I’m surprised that it says taupe colouring, as at the event I never saw any sauq with taupe coats - is that a mistake or a genuinely acceptable colour? Because, like I said earlier, taupe is quite similar to the colour in the picture, just paler, and wouldn’t change the imagery or style much.

If it’s on the wiki it’s acceptable on the field.

If it’s not seen on the field maybe it’s just not currently in fashion; styles wax and wane according to the players on the field. Start a trend!

If I saw that on the field, I would think Suaq. It looks like it’s darkened with age.

Thanks for all the advice on what materials to use, but now that I know that, where do I get them? The only decent taupe suede leather I could find on ebay would cost about 40 or 80 pounds to purchase in enough bulk to make a coat.
Does anybody know where to purchase suede leather at a cheaper price?