++ELECTIONS AND APPOINTMENTS++
For a little while now we’ve been looking at elections and appointments, as part of a wider overhaul of this area of the game backstage. We’ve finally made some specific changes to some of the ways players gain certain Imperial titles. In this case, we’ve overhauled or tweaked to varying degrees several Senator and Bourse appointment methods.

The details of the changes, and why we’ve made them, are discussed by the Boss on the rules update page which you can find here -> https://www.profounddecisions.co.uk/empir…/Rules_update_2018

In each case we’re telling you about the changes now, but with the exception of the Imperial Orcs senator election changes, we won’t be putting them into effect until Event 1 next year.

I’ll do my best to quickly summarize the changes.

As with several other changes, we’ve simplified how these votes are calculated - curses, enchantments, an downtime effects no longer change your votes its just about the actual rank of your military unit.

The very short version is that we are shifting from the Senator being appointed as the outcome of a tourney, to them being appointed by the acclaim of their fellow nobles. The tourney still takes place, but its import has shifted somewhat.

+++HIGHGUARD SENATE+++
We’ve changed how votes are determined for the Highguard Senate election. Instead of using a modified version of your Synod voting strength, all that matters is your congregation. Again, enchantments, curses, and downtime effects won’t change your number of votes. This same number of votes is used for appointing Bourse seats as well.

+++BOURSE VOTING (VARUSHKA and BRASS COAST)+++
We’ve streamlined some Bourse voting methods, and standardized how votes are calculated. This is discussed in more detai here - https://www.profounddecisions.co.uk/empi…/Rules_update_2018…

Two nations have had their well-worn path for appointing Bourse positions altered.

Varushka used to appoint some positions with mines, some with forests, and some with both. We’ve changed everything to now be appointed with both. This primarily impacts the Granites of Veltsgorsk and the Eternal Shafts of Time.

The Brass Coast has seen a slightly more significant shift - we’ve altered their well-worn path to be fleets that undertake the privateering action by default, and applied the same rules that curses, enchantments, and downtime effects do not change votes that we’ve applied elsewhere. The Broken Short Bounty was already allocate through this method, so the main effect has been to change how the Mistress of the Glass Paradour, Dhomiro of the Cinnabar Hills, and Vizier of the Incarnadine Satchel are appointed.

+++VOTING LISTS+++
One other change we’re looking to make, hopefully for Event Four, is to post voting lists in the Hub at the start of each event detailing which characters have votes in upcoming elections, an how many votes they have. We’ve previously resisted this, but years of evidence from the Synod has made it clear that knowing who has votes increases the amount of political roleplaying significantly. 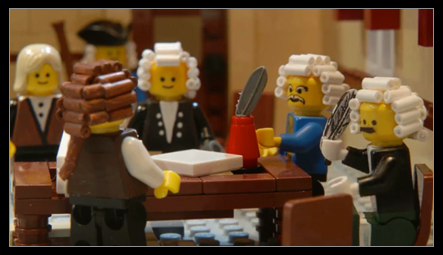