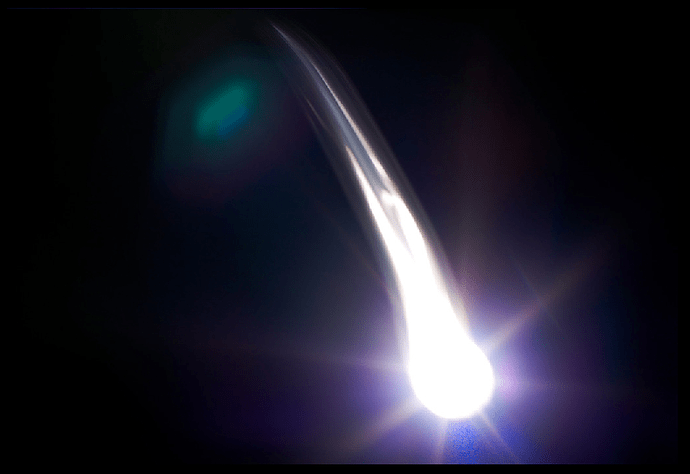 A series of little vignettes for your delectation and delight to close out the night:

“It has to be. Look at it. If you’ve ever seen a fallen star it has to look like that.”

“But the Landskeeper said it was full of magic. Crinkly magic, he said. He said it was cold like metal.”

The vate cocked her head at this bright-eyed young Marcher who had clearly never stepped outside her own farm before. With a shrug, she clasped the little rock crystal in her hands and mentally traced a pattern of magic around it.
Her mouth was flooded with an unfamiliar taste, live and sharp, tangy; it was unlike blood, but somehow the word came to mind. It was cold like metal, like a chain touched on a warm day, a surprise to the senses. The pattern she wove around it with her own magic - for just a moment, she glimpsed the pattern around that, the rest of the pattern she’d made. She realised she might have just glimpsed the Great Dance, and blinked in surprise. She almost dropped the crystal.

No. This was the magic of bonds and binding. This was Lann, not the Labyrinth.

“What… what are you planning to do with it?” Her curiosity was piqued, questions bubbling up. How had this wide-eyed Marcher come to be carrying something not of this world? Where had they come by it?
“I’m gonna sell it,” she beamed, “I’m going to Anvil. Gonna go to the Conclave like Granny Edie used to, and all the Landskeepers can bid on it.”

The vate opened her mouth to speak, but with an enthusiastic wave, the Marcher was off again on her way. She stared open-mouthed - the woman wasn’t looking to sell it to her… Was she just going to walk to Anvil telling everyone she met along the way? She closed his eyes and tried to imagine all the ways that could go wrong.

By the time she’d finished telling her brand about the curious young Marcher, she’d already made up her mind. She had to go with her to Anvil, make sure she arrived safely and hopefully try and ensure she wasn’t fleeced when she got there.

Rodric Steward sighed as he picked up the platter. It was her favourite, duck pie, cooked just the way the Earl liked it, but she’d barely touched it. “You need to eat my Lady - to keep your strength up.”

An old hand touched his briefly - a fleeting gesture but one filled with affection. “Thank you Rodric. Please tell the cook she outdid herself. Tell her it was delicious. Will you take the plate down the back stairs though? I’m sure the stable girls will enjoy it even more than I did.”

Rodic beamed at the old woman. It was so typical of Celeste to consider her cook’s feelings. Always thinking about others - even now when she no longer had the strength to get out of her chair. “Of course my Lady. Can I bring you anything else?”.

“Yes. Take a letter for me please.” She raised a hand, resting it on the ornate necklace that circled her throat, as she waited for her steward to fetch quill and ink.

He sat down, paper in hand, but she said nothing for a long time, only stared off into the distance. Eventually a quiet cough from the steward roused her from the past and she began to dictate.

“Lady Griffonsbane, I am writing to you in the hope that you can help me arrange matters…”

Seneca worked studiously to maintain his poise as he walked slowly to the garden. To lengthen his stride would hasten the coming moment, it would indicate a sense of panic and desperation. To shorten his stride would be a victory for the dread horror of what he was about to do. He would walk to the grounds this final time with the same pace as he had taken every day.

Too soon he arrived. He bowed to the dark-robed herald at the entrance. The silent gardener, gifted to him all those years ago by the Glutton, returned the gesture.

“No words for me old friend? Here at our final hour?” his questions were met with silence, as they always had been.
All the preparations had been completed the night before. As he set light to the bowl of oil he was struck by the thought of how this fire was a perfect metaphor for the Net of the Heavens. Such a tiny action… to have such a profound effect.
As the flames rose, consuming the garden, Seneca turned and walked away from his life’s work. He quickened his pace - the Druj would be here soon - it would be best to be gone before that happened.

“Are you sure you want to do this Youngtongue?”

The briar was a human of few words. Taciturn was how Youngtongue had once heard them described. He shrugged his shoulders as he carefully secured the battered collection pouches to the belt before flashing a wry grin.

“It is good to be doing something. The elders have given me permission. Let them plan for the future, if we can make a success of this we can raise coin enough to make life in Therunin mean something right now”

The short question might have struck another as rude, but he knew well enough that it was curiosity for details as much as anything. Slowly he began to explain his big plan.

“We could go to any of their Guides. But this one has a special title…” He paused to rifle rapidly through pouches and pull out a handwritten list, stabbing his finger at a name. “This one, the Dredgemaster of Feverwater. It their job to find things in the Feverwater and sell them.” .

“Can you sell your sacred potions?”

Youngtongue looked down at the wooden box, and the small vials of dark liquid that lay within. He paused as if to respond and then changed his mind. He slammed the lid of box closed and pushed it deeply into the pouch.

“The Elders said I could sell off all of my brother things. I helped him gather these once - so it’s only fair…” His voice faltered, conflicted by feelings of guilt and remorse for his brother’s death.

“Are you sure you want to do this Youngtongue?”

Youngtongue peered thoughtfully into another of his pouches, poking at a red crystal inside.

"No… No I’m not. But it’s not just the potions. Neev was a gifted artisan, and he always said that no one else in the Forest knew how to make a Hungry Key. If these Imperials don’t know either then this could make us a lot of money… "

Jasna held tightly the little pouch full of coins, her brow furrowed as she looked up at old Vellmir.

“That seems a lot, I’ll give you 4 rings for the basket load. Or if that isn’t enough I’m sure Milos would sell to me for less”

“Ahh, who is it that has taught you to bargain so well? You will ruin me, and I will have no food left for the cold nights ahead!” Cried out the farmer, in mock alarm.

“Ahh my child” Vellmir laughed, “You must not falter in your task, four rings will suffice.”

The young varushkan carefully counted out the coins and passed them over. With this careful bargaining she would have enough left over to buy some treats for later, and maybe even enough to get some for her sister. No, probably not that much.

A number of traders with fascinating goods to sell (which you can learn about here → https://www.profounddecisions.co.uk/empire-wiki/Empty_handed) including:

This has been updated with this information:

We’ve added a short section to this wind of fortune detailing an Imperial Conference on Economics being organised by Navarr Senator Llewellyn Leafstalker. Anyone with any questions should find them on the field.
https://www.profounddecisions.co.uk/empire-wiki/Empty_handed?fref=gc&dti=145659369312876#How_Do_We_Fix_Things