Can anyone provide example descriptions or pictures on medium armour?

If it is specifically Navarri then that would be helpful.

I need distinctions between that and Light so I know if I can handle Medium while also having enough armour to not count as Light instead.

Descriptively Medium armour is leather at least 3mm thick or lightweight chain such as Aluminium. The Armour rules are here.

Pretty much every Thorn visible there looks to be in medium armour (though some may have chain underneath.

As for coverage it must cover your Torso and one other location: Helm, arms, legs or half arms half legs. Otherwise it will not give you any hits. Cleave resistance is dependent on the physrep, so if it hits the armour it counts, if it hits you it doesn’t.

The page image for the Marauder’s cote is medium armour.

Generally leather medium armour should be stiff and have extra plates on it, as opposed to the more flexible thinner leather of light armour 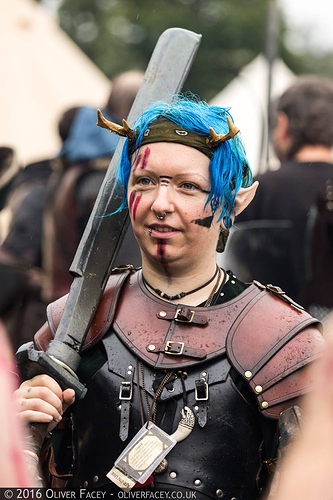 Here’s one that is medium I think.

This was my medium. 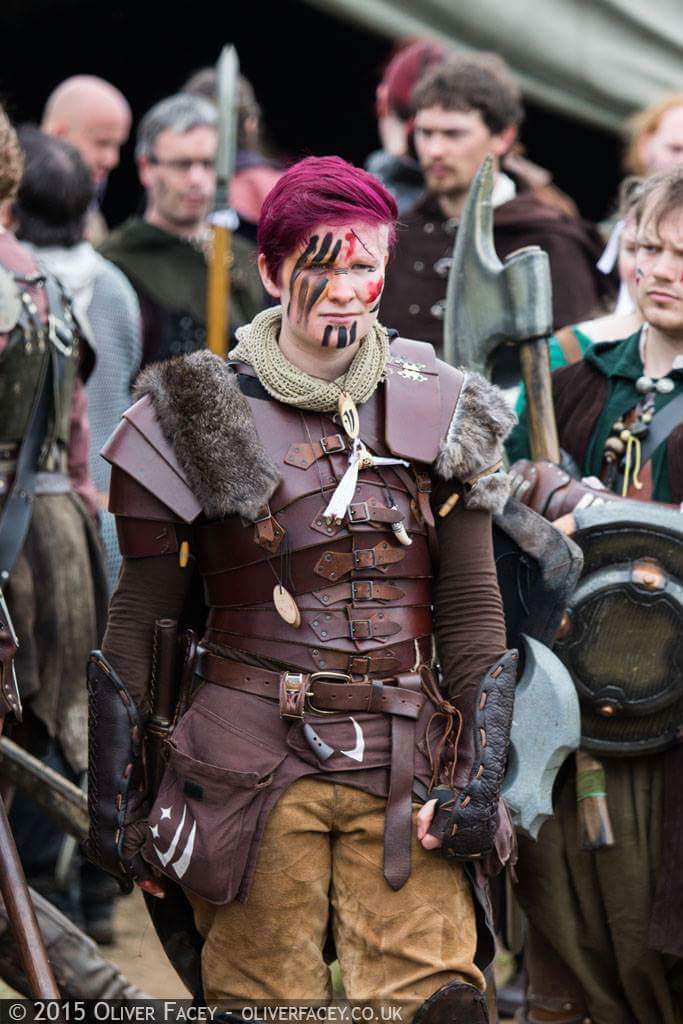 Medium on top of heavy here.
Photo by Beth Dooner 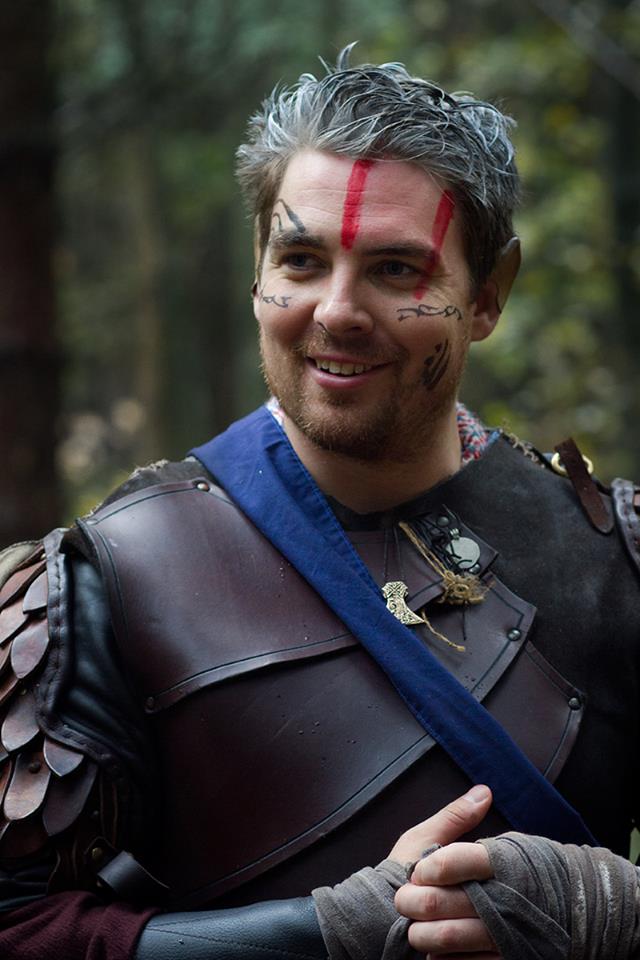 If I asked a trader at the event if a piece is suited to light or medium would they know the difference? As I wont be carrying around a millimetre ruler

You can usually tell by eye

General rule of thumb is if the leather looks thicker than you would have for leather clothing and holds its shape if you try to bend it then its going to be medium. Traders are normally pretty switched on with this kinda thing too. 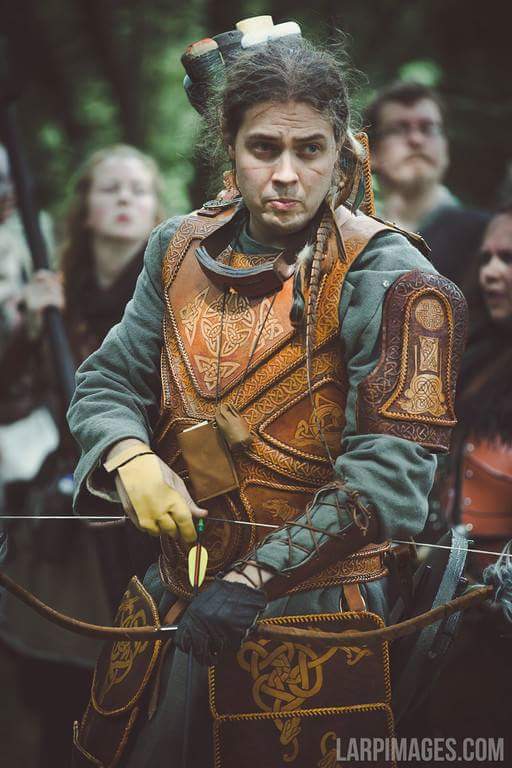