I think we’re all done now with the Winds of Fortune, hopefully, barring any last-minute edits/omissions.

As we’re now on the run-up to the next event, I wanted to put a quick update to reinforce a point that’s come up a few times recently with regard to the Military Council and the military side of the game. There’s a common misconception in Empire that generals and the other members of the Military Council are combatants who are expected to fight and lead on the battlefield.

The primary role of the generals is strategic; that is to say that their responsibility is for the Imperial army for which they submit orders to guide the military strategy of the Empire. Of course, many of them will choose to take the battlefield, just like many other characters do, but that isn’t part of the responsibilities of the title.

There is no expectation that any character, general or otherwise, should have to take the battlefield and you should never make that assumption, nor criticise a character for not taking the field. Any player may have accessibility reasons why they can’t take the field, or that may simply be a choice they have made. Being a general is a political and strategic position, and anyone can hold the title, regardless of whether they participate in fighting or not.

The same principle extends to any Imperial title that has been identified in the Winds of Fortune as being responsible for a skirmish. Responsibility means that the character is expected to arrange who will go on the skirmish and who will take the lead - there is no reason at all that the character would have to go themselves. There is also no reason they cannot appoint anyone they like to do the organisation for them.

There is only one Imperial character that you can legitimately insist should be on the battlefield and that is the Field Marshal!

For everyone else, the choice of whether to go on the battlefield or not can be an out-of-character one based on what is accessible for them and what they enjoy. There’s a lot of politics in Empire and we expect people to argue long and hard over in-character decisions such as the orders given to armies, but out–of-character decisions like who fights and who doesn’t aren’t part of that political game.

On a related note, it is not currently possible to vote by proxy in the Conclave, but we plan to look at options over winter to improve the Conclave format which will hopefully make that part of the game more accessible for everyone. However, we are trialling a new feature to allow players who can’t access the Hub for accessibility reasons to use a ballot paper to vote for Synod judgements rather than attending in person. We’ve updated the Synod judgement wiki page with the details. (Judgement - Empire)

The new system is only for use by players with accessibility reasons that make it difficult to come to the Hub to vote. It is not a way to vote if you’re too busy with other parts of the game! We don’t want to undermine the core Synod game - which is about persuading priests to come to the Hub to vote in favour of your judgement - but we do want to provide additional support for people who simply cannot get to the Hub for any reason. 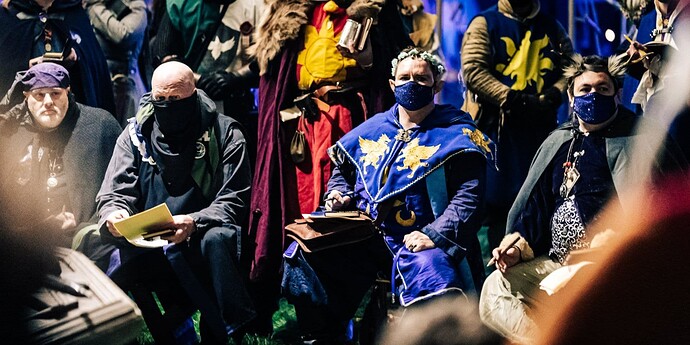