Hi! I’m looking for sources of inspiration for a future character, in the event of my current one’s inevitable glorious death in battle. There’s a paragraph on the Bregasland page which reads:

Marcher characters from the fen are encouraged to come up with local folk tales of dangerous monsters from the deep fens, with an eye toward eerie, misunderstood threats appropriate to folklore rather than more traditional tabletop roleplaying monsters.

What I’d like is suggestions of sources of inspiration for making up these kind of stories. Things to read/watch/listen to to set the imagination going. If there are other such stories on the field that’s great, and I hope to be able to swap them!

Similarly, the Bolstering Bill page talks about how he is “a character generally believed to have been a pre-Imperial Marcher who appears in a number of comic songs, stories, and poems in various parts of the Empire.”. There are two listed on the page, but I’d like suggestions on where to look for inspiration to write some more.

I am assuming it’s appropriate to make up these tales myself OOC, and ascribe them to stories my character has been told and written down. I see him as a Marcher monk, probably from a Loyalty monastery, possibly of merrow lineage, who collects and distributes these kind of stories.

So where to begin reading up on the right kind of (real world) material to help inspire (in-game) stories?

Depending on the style for Bill you could look up some of the Midland tales/jokes about Enoch and Eli.

I have a collection of Arabic folktales with plenty of stories where someone comes out on top because of a good heart and serendipitous plain-speaking. Lots of fun animal stories that could be re-worked as parables (or just amusing stories) too.

I aso nominate this little ditty as good inspiration for Bregasland monsters: 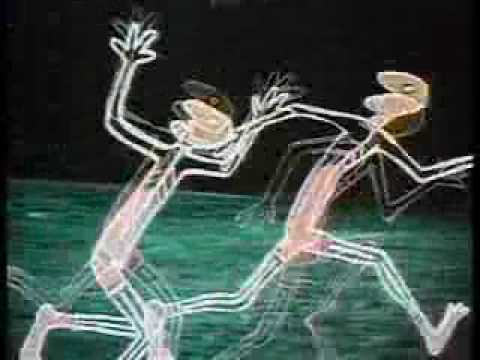 Might i suggest looking at some of the Shetland and Scottish myth and folklore? there is some great creepy monsters there. I am a big fan of the:- 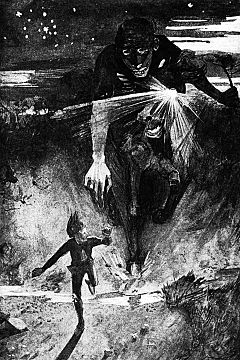 The nuckelavee ( /nʌklɑːˈviː/) or nuckalavee is a horse-like demon from Orcadian mythology that combines equine and human elements. It has its origins in Norse mythology, and British folklorist Katharine Briggs called it "the nastiest" of all the demons of Scotland's Northern Isles. The nuckelavee's breath was thought to wilt crops and sicken livestock, and the creature was held responsible for droughts and epidemics on land despite being predominantly a sea-dweller. A graphic description of...

Also the old story of button soup is very Bill like.

http://spiritofalbionblog.blogspot.com.au/2007/11/fenland-folklore.html, scroll down for some stories

https://anilbalan.com/2014/01/12/shadows-in-the-fens/, the third paragraph down gives stories about the Black Shuck

I hope you get some story ideas from these.

If it’s dangerous creatures, for the Marches, I imagine English folklore stories would be quite useful, like the Green Man, grindylows, Black Shuck and the like. More English Fairy Tales Index has some nice stories, such as the Lambton Worm and The Buried Moon, and British myths and legends: history and haunted sites to visit - Countryfile.com lists a few like the Big Grey Man and spriggans. Might be a good jumping off point!

Thank you, I shall start looking into all of these. My initial googling wasn’t very productive so these should guide me in some productive directions!

I have been to all the local bookshops in Canterbury to see what I could find. Understandably there’s a lot more Kent-specific than broader English or specifically fenland material. I do have two interesting books entitled Kent Folk Tales and Folklore of Kent to read this weekend.

Even for Kent specific, look for tales from Romney Marsh or the Thames estuary

I asked some of my colleagues and they suggested I look up the sandwich-farming museum. I think even Dawnish nobles realize sandwiches don’t grow on farms!

A big part of any of my anecdotes about living and working in Bregasland comes not from stories but from knowing about the wildlife that lives in these environments (especially in non drained areas) - I used to work in Lincolnshire Wildlife Trust but also have drawn on experiences from hillwalking in bog and tussock (so wet, acidic environments, not just fen).

Finding more about pre drainage farming, fishing and folklore in areas such as the Somerset Levels and in the fens is also really useful. As is any description of saltmarsh and coastal lowlying environments.

Looking at the traditions, songs and dances etc in these areas is also great. Actually folk songs for me are a wonderful source!

Anything that fleshes put Bregasland as a varied and lifelike territory rather than a one dimensional marsh where everyone farms eels is great. Not that I have a thing about eels (I don’t and having lived near the severn in Gloucestershire there are great eel and elver traditions) - but since some have already done eel farmers wonderfully well, it’s kinda caught on!

Building on this, In Warrington, there is a number of area of drained peat bog, some of which are now parks and one has been re flooded (Risley Moss). The Moss specifically, is a place for migratory birds. I think this is something that could be included as well as things like the: Lindow Man - Wikipedia

Yes that kind of place!

but might be fun to investigate) and there might be places where the conditions are right to preserve them? Not sure about the type of marsh! I wonder…

So I think a body found preserved in a marsh is probably likely to be the result of accident, misfortune, dying in a fight and not being found, an encounter with something nasty that didn’t eat or use all the remains, or getting on the wrong side of someone.

A song about the perils of the Bregas marshes:

And this traditional folk tune works for the saltmarshes and sea edge (I can imagine the land is flat and wet enough it is hard to tell where one starts and the other finishes): Could be something to do with the Feni?