++FIGHT WITH MONSTERS++
“Do you know why you’re up here?” asked Wulfric, from the doorway. He held a tray with a bowl of porridge on it. From downstairs the sounds of conversation, laughter, music drifted up.

Garm was sitting on his bed, hunched over, hands between his knees. His face was streaked with tears, but his expression betrayed no sadness only surly frustration. Wulfric sighed inwardly. He reminded himself this was a difficult age. Difficult for both of them.

“Because I told uncle Huma to fuck off and shove his Virtues up his arse?”

“Partly that, yes.” Wulfric suppressed a smile. Then more soberly he said “But you also pushed your cousin into the lake, and you laughed at him when he couldn’t get out, and I’ll not have that kind of behaviour in my hall.”

“Will it help if I say I’m sorry?” said the boy, not meaning it. He eyed the bowl of porridge with little enthusiasm. “Can I come down to dinner if I apologise?”

Wulfric shook his head sadly. The boy had no idea why his father was so disappointed in him.

He pushed the door shut behind him, and put the tray on the end table. Then he sat down next to his son, the bed frame creaking beneath him.

“Garm, you hurt your cousin.”

“He’s old enough he should be able to swim,” retorted the boy, his tone surly. He shifted away from Wulfric along the bed. “I could swim across the lake and back twice in an hour when I was younger than him.”

“That’s not for you to judge,” he said, his voice flat. “But I’m not just talking about that. You and your friends laughed at him for not being able to get out of the water, and you told him he’d never be a warrior. Like that matters.”

Garm was confused. He opened his mouth to say something then shut it again.

“I don’t care that you cursed your uncle out, son. He’s my brother and I love him but he is a self-righteous prick at the best of times. Paragons know I’ve told him to do worse than that when we were younger.”

Garm sniggered in spite of himself, to hear his father talking about the hall’s Stormcrow so bluntly. Then he looked guilty.

“Look, son, I’m going to tell you something and you’re not to bandy it about. You could get me into trouble if this got to the wrong ears, you understand.”

The young Steinr nodded his head quickly. His expression half apprehension, have anticipation.

“The Virtue’s don’t give a shit about you, any more than the lake or the mountain does. They’re just a thing, like a table. Or a sword. Anyone who tells you different is talking out their backsides, your uncle included.”

Garm’s eyes widened. Young as he was he could recognise heresy when he heard it.

“They matter, but only the way having a good shield or a well-made axe matter. What really matters, son, is not being a virtuous man, but being a heroic one. Do you know what that means?”

“I thought it was the same thing,” said Garm slowly. “Uncle says it is.”

“Like I said, your uncle is talking out his backside. There’s only two virtues that matter in the world. Courage and Pride. Courage to do the right thing, Pride to know what that is. The rest? They’re nice enough to have I suppose. But they won’t make you a hero. Courage and Pride. And if you had Pride, you’d know that whether your cousin can swim the lake or not doesn’t matter. If you had Courage, you’d not mock him just because it made you look big in front of your stupid friends. Do you understand?”

The boy nodded slowly, but it was clear he didn’t really understand. Wulfric tried again.

“You’re big, and you’re strong. People like that. They treat you differently because of it but it doesn’t matter. That’s just luck, and your blood. It’s not who you are. If you start thinking it is, if you start thinking that being strong means you’re also right, then you might as well be a… well that’s not going to help you hold your head up among your ancestors. You shouldn’t be mocking your cousin, you should be helping him. Looking out for him. Not because he’s your cousin, not because your uncle’s decided you need to be Loyal to family or whatever. But because it’s the right thing to do. Virtue will tell you its alright to clamber over your cousin to get what you want as long as you really want it. It’ll tell you to watch him to make sure he isn’t having the wrong kind of thoughts. It’ll tell you to discard him if you think he’s weak or foolish.”

He grabbed Garm’s shoulders, turned him to face him, stared deep into his eyes.

“Fuck all that,” he said in a quiet voice. “Do what’s right. Be a hero, not a coward who hides behind virtue to explain why he’s a bully.”

Wulfric searched Garm’s face for a moment, hoping some of this would sink in. Maybe some of it did. He wondered for a moment if he’d said too much, but he decided he didn’t care right now. His brother was downstairs being a self-righteous prick about the incident at the lake, and he was more worried about the boy than what the priests thought.

He stood up, stretched. “Anyway, like I said. Not a word, just think about what I said while you eat your porridge.”

“You thought you were coming down to dinner? That our little heart-to-heart was all it’d take and you’d be forgiven? You pushed a small boy into the lake just because you could, and mocked him when he cried. You’re lucky the worst that’s happened is that you’re up here with a bowl of porridge.”

He turned to go, and as he left he called back over his shoulder to where Garm sat forlornly on his bed.

“Courage, son. Courage to take the consequences. That’s the first step toward being a hero,lad. You’ll learn. One way or another.”

+++GAME INFORMATION+++
Wintermark! Gunnbrand Ironwill made a mandate, and the Wintermark generals of the Fist of the Mountain and the Green Shields have opportunities to change their army qualities permanently.

There’s also two permanent changes to the whole of Wintermark; a modification to how they fight the Jotun, and a new order only Wintermark genrals can issue but which is available to any Wintermark general.

YOu can read the whole WoF here → https://www.profounddecisions.co.uk/empire-wiki/Fight_with_monsters

And with that we are done for WoF. It has been a bit of a slog and I apologise again for that. Now we need to do some tidying up here and there, and add a few notes and - crucially - add any Alternative Mandates that are successfully submitted. I’ll post some updates here as we make them, so people are aware.

For now though, I’m going to go have a nap. 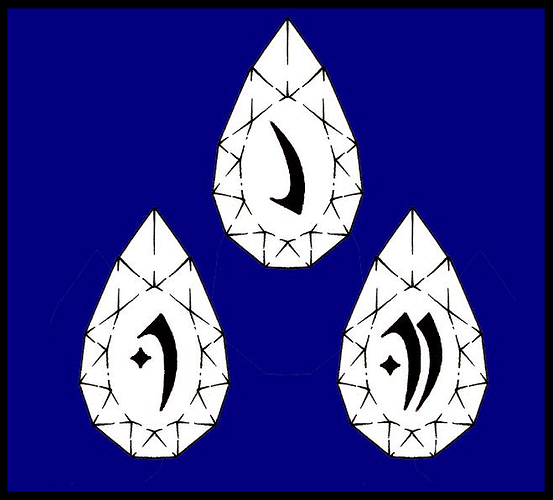 Is there nothing about the appearance of the Colossus of Sarvos changing?

Not that I’ve seen, no. The wiki has been updated with details of the repair work that was undertaken:

If you think there are important details missing about the appearance, it may well be worth emailing into PD - plot@profounddecisions.co.uk is probably the best bet, although at this stage there may not be time for anything to happen before the event.