++FOGGY MOUNTAIN TOP++
It was cold on the mountaintop. Neora tugged her fur wrap a little closer around her shoulders, and settled her hat so it covered her ears. She examined the bottle for the hundredth time. The golden dragon stopper caught the firelight, and seemed to coil sinuously as she turned it over and over in her hands.

“You’re certain you know what to do,” asked Voormith absently. The taller figure had caught the eye of one of the Urizen gathered further down the mountainside, muttering seriously together. She winked and gave the magician a little wave, laughing quietly as their cheeks coloured and they turned back to their conversation.

“Of course,” said Neora, exasperated. “Remove the stopper, hold it up so it seems as if the entire college is inside it, then slip the stopper back in so that it becomes true. Try to make sure not to catch any people. When I’m ready to set it down, hold it so that it looks like everything is where I want it and then remove the stopper again.”

She glanced up at the sable-scaled figure to her side. “I’m not a child, you know. I can remember this kind of thing.”

Voormith chuckled throatily. “Of course you can, of course you can. Just be careful not to drop it there aren’t many of them left and I think the others are all full already.”

She looked at the crowd of magicians again, and then back to Neora.

“You know, I can’t for the life of me work out who they think we are.” she said thoughtfully. “I mean, some of them know what is going on. Most of them don’t. I heard them talking. Some of them see to think we’re both eldritch inhabitants of the hidden forest. Others seem to assume that we’re both naga, and that I am your mother.”

“I don’t remember my mother,” said Neora absently, lifting the bottle up and peering through the glass at the buildings on the other side of the valley.

“No,” said Voormith, looking own at her companion a little sadly. “No I don’t suppose you do.”

+++GAME INFORMATION+++
The Winds of Magic round up all the weird little bits and bobs that have been going on in the Empire related to magic and eternals. They’re not just for magicians though - some of these things are relevant to all sorts of people.

Included in this wind of fortune are notes about:

You can find the details here->https://www.profounddecisions.co.uk/empire-wiki/Foggy_mountain_top

There is, I think, one more wind of fortune to go and then we are done.

The picture is from the 1940 Disney movie “Fantasia” 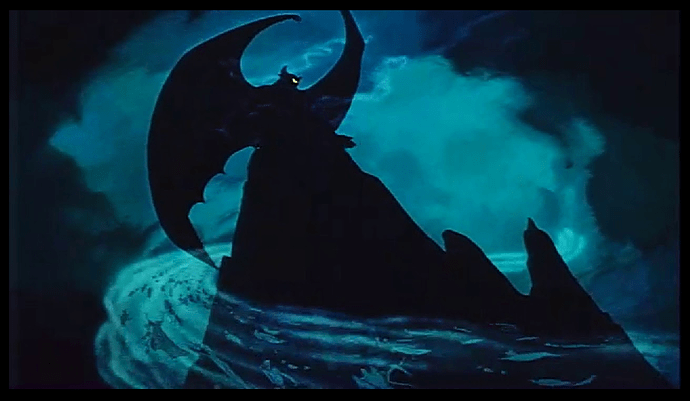