++HARD TIMES++
Marcela could hear the crowd in the distance shouting and cheering, but it was difficult to make out what was being said and keep the interest of the guard at the same time. He clearly wasn’t going to let her get any closer, but the longer she could keep him haggling, the longer she could linger her without arousing suspicion.

“Now young man - that is clearly a valuable piece of jewellery you have there - it’s well made and with that moving aura on it, it is worth a pretty ring or two. But it’s only made from common materials and that does limit the price… So I can’t go higher than 2 crowns, but I am willing to throw in this plump, juicy chicken. I guarantee you will not taste anything finer.”

She smiled at the young man’s obvious hunger, but fortunately her tagelmust hid the grin as she waved Erica - the plumpest chicken to be found in Segura - in his face. The chicken squawked at the treatment, but she wasn’t really listening to either of them.

“… will you join me in this righteous crusade?” the priest’s words echoed over the crowd by were drowned out but were immediately drowned out by the cheers and shouts of assent.

The guard was losing interest again, so Marcela switched her focus back. She popped the chicken back in the cage and instructed the young man to pay close attention to her. Flamboyantly she began to pat down her robes making an outlandish show of searching for something.

“Ta da” she said producing the jar that had been in her sleeve all along with a triumphant gesture - “I present to you the finest chicken sauce you have ever tasted. My own husbands personal recipe - add a little of this to your oil when you fry the meat and it will taste divine.”

She uncorked the bottle and waved it under the young man’s nose, letting him inhale the mix of potent spices. His hand moved to the medallion around his neck as if to keep it safe, but it was a clear tell. The sale was as good as made…

+++GAME INFORMATION+++
A month after the Autumn equinox, a group of roughly two hundred men and women cross the southern border of Feroz from the Iron Confederacy territory of Kalino, pursued by a significant force of Iron Confederacy soldiers. The soldiers turn back when it is clear they will have to push deep into Imperial territory to catch their prey.

These people are the remnants of the same faction that approached the Synod for aid last Winter - rebellious slaves fighting the Iron Confederacy in Kalino.

They don’t seem particularly interested in seeking refuge of sanctuary - they establish their own makeshift camps on the southern plains and set about their new work with a passion: raiding across the border into Kalino.

Not long after they arrive, Duke Guiscard gets in touch with the Empire to discuss what is rapidly shaping up to be a quite sticky situation - for the Duke as much as anyone else.

This is a tricky, sensitive situation both politically and diplomatically. You can learn more about it here → https://www.profounddecisions.co.uk/empire-wiki/Hard_times

That’s us done for the night - sorry this last one is so late but it needed some additional polishing up. I’m hoping we’ll have the last WoF up tomorrow so keep watching the skies. I mean, this page. 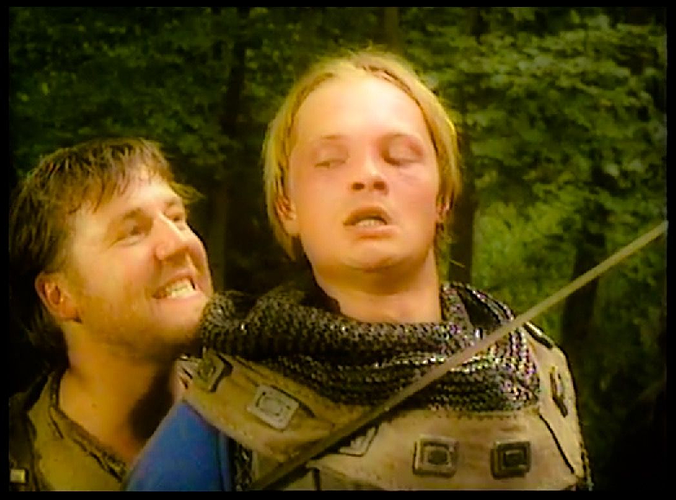