++HOME FROM THE WARS++ Winds of Fortune Summer 382YE

++HOME FROM THE WARS++
The wind riffled the long grass, moaning softly between the ruined trees. The sun had barely set, but the night already felt heavy and unwelcoming as Peter and Erin trudged along the track.

“It’s the usual story,” said Peter, a little out of breath. “The family who lived here had fled long ago. A patrol of our people and one of their raiding parties both thought it would make a good billet, turned up at the same time. Whole place burned. Nobody knows who started it.”

Friar Erin nodded, distracted. She’d heard the same story, or a version therof, too many times.

“Do we know who it is haunting the place,” she asked. “Orcs or humans?”

“George and Kathleen - they’re the couple at the farmhouse - say theres more than one. A presence in the orchard and something… something horrible in the house itself.”

“We’ll deal with the orchard first then,” said Erin decisively. Peter followed along as she strode quickly across the grass to the trees. Most were blackened and broken, but here and there new saplings were growing. The trees find a way, his grandmother had told him. Then he blanched slightly, remembering that it was in the context of a horrible story about trees that hated people and destroyed a farmhouse and killed everyone inside. There were drawbacks to having a Varushkan grandmother.

Even as they approached the trees, Peter felt a tickling in his throat. His mouth was dry. Very dry. His lips felt like they were cracking. He reached for the waterskin hanging from is pack, took a mouthful, and if anything the thirst became worse. He was having a little difficulty breathing as well. Friar Erin raised her hand, gesturing for him to wait. She went ahead into the darkness, alone.

The thirst was getting worse, and now there was a throbbing pain in his ribs. He was gasping for breath. He grabbed the poppet at his belt, blessed by the friars of Honour’s Rest. Not enough. He was sweating heavily. Between one moment and the next, everything was fine. He gasped, gulping down water until the waterskin was empty. Friar Erin emerged from the darkness, her face sad.

“One of ours,” she said. Her voice was low, Peter wasnt sure she was talking to him. “Young, frightened. Crawled away from the fight to die in the woods. Bled out, a nasty enough way to go. So thirsty, so frightened. Projecting their death onto anyone who came near, like they do sometimes.”

“Did you… deal with it?” he asked. he gestured to the pouch of liao bottles that hung from the friar’s belt. She gave him a cool look.

“Not in the way you mean. I gave it some water, and told it I was proud, and it went willingly into the dark.”

She turned and faced the house. Peter could already see dark shapes moving in there, hear ragged breathing. Red eyes staring from one of the broken windows. He could smell smoke, even though he could see none.

“This on the other hand i think is going to take a good deal more than water and kind words to sort out.” said Friar Erin. She pulled out a clay bottle, popped the cork, and drank the contents making a face. Returning the bottle to one of her pouches, from inside her homespun robe she extracted a poppet of her own, battered and worn. Last year’s harvest, Peter guessed. It looked like it was on it’s last legs. She gave it a little shake.

“You’ll do,” she said to the little doll. She returned it to its place inside her vestments.

“Right, stay close to me and when I tell you to do something, you do it without question do you understand? Keep the poppet the friar’s gave you handy and if I shout “run!” you run as fast as you can and don’t stop running until you reach the boundary fence. We might be able to get away with promising them a burial mound… but if they’re really angry… well, let’s hope that they’re not that angry.”

And with that the friar strode purposefully towards the house, unscrewing the lid from a flat pot and dabbing a fingerful of purple salve under each eye. Peter clutched his poppet in one white-knuckled fist, and ran to catch up with her.

+++GAME INFORMATION+++
There’s a lot of ghosts on the Greensward. The catastrophic loss of life during the last months of the Mournwold campaign has left the soil there sour. Human and orc spirits alike lurk amidst the ruins, or on the battlefields where they fell, consumed by their anger, fear, pain, and unfinished business.

The friar’s do what they can, using Honour’s Rest as their base of operations, but the task is more than one monastary can manage. As such the Marcher assembly has asked any exorcist able to do so to travel there and lend a hand.

You can learn about this, and the mandates that have come from it, here → https://www.profounddecisions.co.uk/empire-wiki/Home_from_the_wars 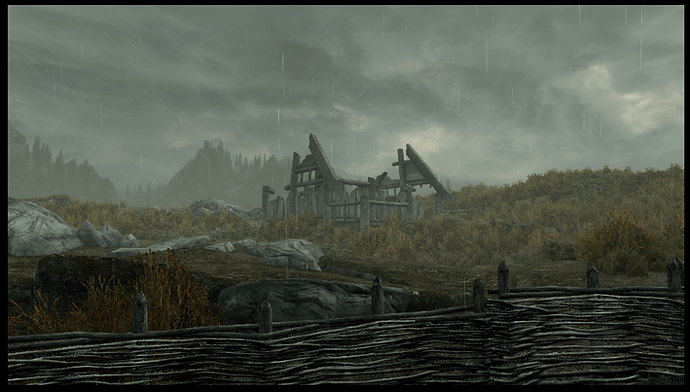