So I’m looking at possibly upgrading my bow to a nice fancy one and I found this online (link below) and I wanted to know what people though, or if they’ve had any experience with this particular kind of bow:

I’m going to be honest, I wouldn’t buy a weapon without being able to feel and see it first. The whole point is its got to be comfortable to you.

You would be better off seeing the people on an event, but it doesn’t seem to have any issues by looks of it or the writing but I only scan read it. I would be careful though.

But horse bows I prefer as a combat bow to most other bows especially longbows which are easily snagged up.

For what it’s worth, I’ll second what Michael Barley wrote.
Bows of that style can be good, and I’m happy with my “Old Scythian” model made by Grozer.
grozerarchery.com/
grozerarchery.com/htm/szkita/szkita.htm
I ordered it without having seen one, based on good reviews and comments from various places.

I’d be hesitant to order a bow by an unknown maker from an unknown ebay seller though.

A short bow is easier to carry and run around with, but I think it does have one or two small disadvantages too.

One is that when you draw the bow, the angle the string makes around your fingers becomes quite sharp, which can pinch your fingers together. This is not a problem if you draw with your thumb instead (using a thumb-ring as is traditional for that sort of bow).

The other (maybe) is that I suspect that on a shorter bow, slight variation in height of nock on string or hand on handle causes a bigger variation in how the arrow flies.

A final tip: bow prices are often higher from LARP suppliers than from archery shops. I’ve seen the Samick SKB (quite a nice short bow, but only borderline IC) sold by a LARP retailer for double the price charged by an archery retailer.

That looks rather nice.

do any traders at empire do horsebows however?

I think I’ve seen presentable-looking short recurve bows for sale at events. Or TORM or some such ren faire will have someone selling 'em.

TORM has ceased being my favourite market. I’ll be honest. the living history faire is better down the road from there. Lots more and its free by comparison. 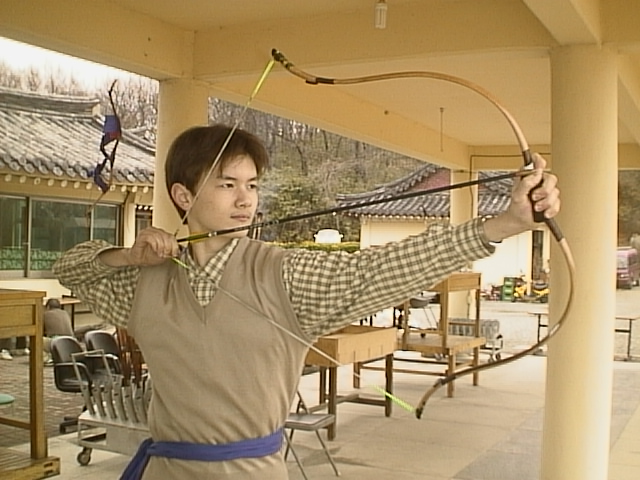 Nice bows, bad website.
Most of the images on that site are bigger if you view the image alone rather than in the web page.
Also, a lot of the links within the site are wrong, missing the “classic” from the URL.

If you go to empire, then Having a larp, Gems tradings, I believe Chows emporium and a quiverstock all sell them. But go round the market and get a feel for any you want to buy.

Recommend Horsebows - I have a mongol one and its brilliant. Powerful enough (its a traditionally made recurve) whilst short enough to run through woods with.