How to avoid plot at Empire

Oh one last one before we go - Matthew Pennington is a plot writer with a slightly different take on the question of how you can get plot at Empire.

++HOW TO AVOID PLOT AT EMPIRE++

**
How to get Plot at Empire? I’m a plot writer at Empire and I’m not really sure how to “get” plot. Certainly the kind of plot I write isn’t really intended to be “got” - it just is. It’s a thing in the world and you either care about it - or you don’t - you choose to react to it - or you don’t.

When I write plot for Empire - I tend to think in terms of “weather”. The game is a huge sandbox - a world you can go and do anything your character can do. The rules are on the wiki - the Imperial laws are on the wiki - and it’s possible from that to calculate what you think is going to happen at an event. I see it as my job to rain on your parade - to introduce complications and problems that cause your best laid plans to go awry - or if we’re feeling generous to give you opportunities to take advantage of. The risk in any player-led game is that the world becomes very predictable, very settled. I write plot to try and stir the world up a bit - not too much - I’ve no interest in my plot becoming the narrative of the event - I want to do just enough to make your life difficult.

So I don’t think any of my plot is very “gettable” - to be honest I think the kind of plot I write is working “best” when players carefully and meticulously step around it. If the plot is a problem - then you can solve it - but solving it is probably expensive. If you can talk to some other players - and just circumvent the problem completely - all the better!

So I’m going to cheat and answer a different question - how to enjoy Empire?

My first piece of advice for enjoying Empire would be to imagine that you are the only NPC in a field of 1500 players.

If you’re creating the setting then look through the background and think “What can we possibly do to make everyone not like us?”

If you are anything like me then the more trouble you are causing for other players the more fun you will find you are having. And if you’re nothing like me then none of my advice for enjoying LRP will be of the slightest use anyway.

Look through the five things for your character’s - there is something in most nations that if played to the hilt will ensure your character loses. Dawn with it’s ridiculous emphasis on glory - or the Brazen honesty of the Freeborn - or whatever. Play that thing to the hilt and the odds are that your character will fail… spectacularly. Hit it right and you will go down in a blaze of glory - get really lucky and you’ll cause carnage as you go.

Think of your character, not as something to be kept alive at any cost, but as a vehicle for having fun in. Remember if your character dies… you get another one! Don’t drive your character around the event like it’s a hire-car that you need to return in pristine condition. Take your character, rev their engine and start doing wheelskids and hand-brake turns through the middle of the site.

It’s better to burn out than fade away - Neil Young (from his conceptual album about LRP).

On the face of it Empire looks to be a game all about being someone. Being a senator or a general or a cardinal or a thing. This is misdirection. These hats (as we call them) are really like the shells in a shell game - they’re hiding the payload which is the character underlying it. One of the best ways I think to enjoy Empire is to become someone important but to be someone important.

What I mean by that - is that being senator is not worth a puddle of piss if you don’t have some underlying objective that you’re trying to achieve. The best way to get the most out of Empire is to create those over-arching goals for your character - and then to ruthlessly pursue those goals. Pick your nation - then read through it until you discover some driving goal for your character. Once you have that - antagonize others - and aim to lose bigly as you pursue it - and I believe you will have a lot of fun in the process.

Picture is by Bill Watterrson. That’s your lot for tonight, but there’s a few more little articles like these to come, so keep your eyes open! 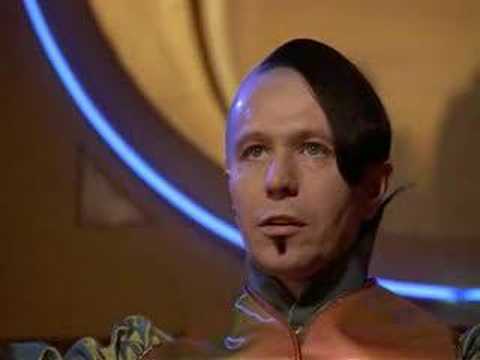