INTERLUDE: Writing the Winds of War 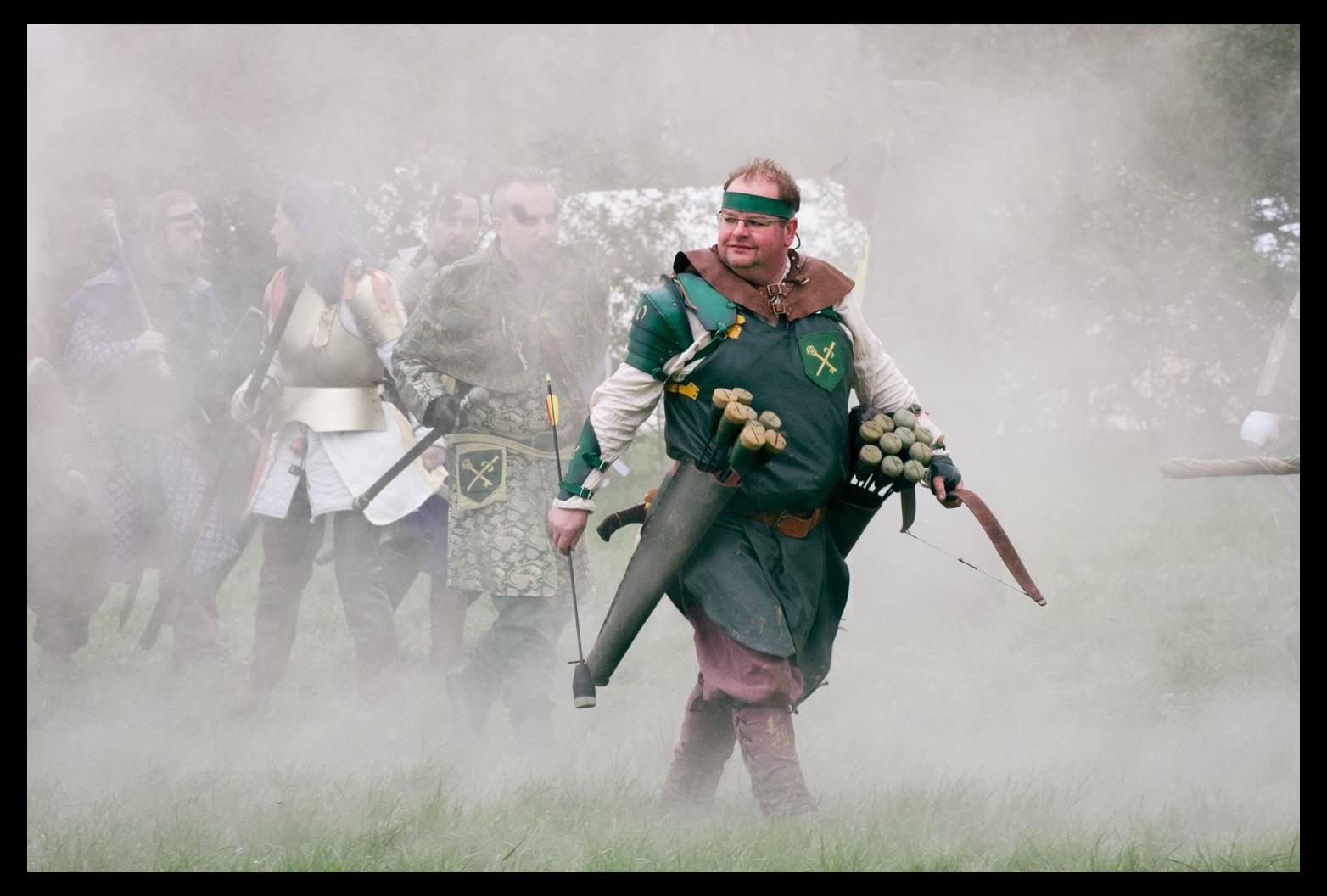 I know, I know. The wiki is down. Believe me I know. The Boss is having ISP or internet or something problems. All a bit beyond me. We’re all waiting on Spiral, but it’s going to be a little while before I can post it I’m afraid. (Spoiler: there’s definitely a fight.)

Given we’ve got nothing better to do I thought I’d write a short (for a given value) piece about how Winds of War get written, which touches on the way we work through the whole downtime military campaign. You might find it interesting. Or you might want to skip it and go back to checking “IsTheWikiDown.com”

++THE ORCS PLAN THEIR MOVES++

Before every event, we talk about what the orcs are doing. “We” in this case means me, Matt, and Graeme but may include other people on a case-by-case basis. We sketch out the broad plan for each of the orc nations, with reference to the quests, skirmishes, battles, and delegations for the next event. We nail down where their armies are going and what they are doing, although we sometimes leave the exact order they’re taking until later.

There’ll often be a variable in the mix - the players will often have the chance to do things on the field that will effect what one orc nation or another will do.

This bit often involves heated arguments, all sorts of logical fallacies, accusations of now knowing the brief, and arguments about what might happen and how much a given orc nation cares about mithril. It can go on for sometime.

We lock in our strategy, especially with regard to enchantments or curses the orc magicians are using.

The event happens. Everything catches fire and falls into a swamp. The players choose which battles to take and they succeed or fail or partially succeed or what have you. This may or may not adjust the orders the orcs are taking in a given campaign. Sometimes an enchantment or curse goes off because of a quest failing; sometimes an orc army shifts its allegiance due to the result of a battle. Things like that.

On Sunday the generals submit their orders, usually to Graeme. The Quartermaster announces who will be getting the guerdon.

At least one of us - ideally two of us - is careful to make sure they have no idea what the players are doing. It’s tricky sometimes but we do our best.
We then review the orc strategy, and lock in specific orders if that’s still needed.

++WE ANALYSE THE SITUATION IN THEORY++

Once we’re properly committed, Graeme tells us what the Imperial players are doing. Sometimes we kick ourselves because if we’d just done something else things would have been different. We’re often surprised.
We discuss in broad terms the likely outcomes of the various campaigns, and how much additional force will need to be applied to change outcomes and the like. This bit doesn’t usually achieve much beyond being a lot of fun.

Then we open downtime.

Downtime happens. Players assign their military units to support armies and fortifications and what have you.

Then we close downtime.

Once downtime is closed, Matt presses the red button and processes it. This takes a few hours. We twiddle our thumbs and I have a nice hot cup of coffee.

Once downtime is processed, we know where all the military units are and what strength they are. Graeme factors these into his spreadsheet. He adds in all the variables - enchantments, curses, special plot opportunities or levies, weird shit I’ve convinced people to let me do because of giant pieces of scenery, that kind of thing.

Then he presses his red button and it’s time for the exciting bit.

++WE GO THROUGH THE BATTLES++

We go through each campaign in turn, double-triple-checking numbers at every stage. We now know the outcome - its simply numbers. Someone won, someone lost, or its a double-defend. Regions change hands, or not. Thousands of imaginary soldiers are killed.

We’re also at this stage starting to build a picture of the battle. “This would have been worse if they had done X” or “They have squeaked through because of Y and Z” or “If there had been b, then c would/wouldn’t have happened”.

I make a load of notes about this sort of stuff. We’re usually left with a broad sketch of each wind of war at this stage.

More notes. I spend a day or so looking at the orders from each player general, at the notes we made way back when we locked in the orc strategies, at the descritions of the various effects especially the rituals and plot opportunities/levies, and most importantly at the territory that’s being fought over. I review previous winds of war. Notes are made. By this stage each campaign will be a string of bullet points.

I write winds of war, one at a time, based on inspiration. In each case I try to find a “hook” that will turn the story from “we bashed two numbers together and the highest won” to something players can build their own stories about. The narratives can be long and complex - I try as much as possible to give each army a little spotlight time, and to mention significant magical effects, as well as calling out anything that happened during the main events that adds to the story - especially battle outcomes. Not everything makes the cut, of course, but everything contributes to making “two numbers highest wins” into something people can get excited about (or anrgy, or sad, or fired up about).

One of the challenging things when writing Winds of War is that we have to remember that we’re not writing about a single battle but about three months of maneuvering, fighting, recuperating, and the like. Matt compares the downtime battles to the military campaigns of Wellington across Spain, while the PCs on the field engage in uptime activities take the role of Sharpe. Broad strokes, and a feeling of scale are what’s needed for the Winds of War - leaving some wiggle room for the players to create their own personal narrative of what they did on their (bloodsoaked) holidays.

There’s a few metarules here - we never mention individual characters or military units. We try hard to make sure that the coolest write-ups are given to the battles where the Empire suffers the most setbacks. As much as possible we try to bring out the individual characters of the orc nations, the territories where the fighting is happening, and the personalities of the armies and the orders given.

The writeups also contain a little setting building as often as not, and there will often be nods to or foreshadowing of things that are happening at the next event or in the wider campaign. For example, the fact the Jotun have sent a delegation to talk to the Thule, or the new ettercap strategies in Liathaven, or the hints of Yaw’nagrah influencing the vallorn, and so on.

The last part is the game information section which lays out clearly as possible the outcome not only of the campaign but of any significant impacts of the territory. This is also when we finalise any opportunities or special roleplaying effects or what have you.

Once I’m happy with one, it gets thrown at Matt to check over. He makes a load of pointy-haired-boss-changes to my deathless prose. Not a single Winds of War writing cycle goes by without an hour long argument over the tone of a single paragraph or in particularly intense cases, a single sentence.

At this stage we also finalize the order they’ll be announced in - usually the order that will create the most drama and (hopefully) drum up the most enthusiasm.

We decide on a naming theme for each of the Winds. We congratulate ourselves on how clever we are and how hard it will be for players to guess it. Mostly because I was not hugged enough as a child and we don’t get out often enough.

I go and enlist the aid of some photodroids to find me some pictures. They get a bullet point list vaguely outlining what I want “Highguard looking grim” or “Sad Marchers” or “Something with the League or the Brass Coast ideally with trees” or what have you. Beth, Tim, Oliver and occasionally sundry others help me out and I narrow down the pictures.

We do a last check through. By this stage Tom is well into creating the battle opportunities for the next event and we make sure that where possible the Winds of War foreshadow or support these so as to make the game world more coherent.

Then we start putting them live on facebook, and the forum ninjas import them to the forums, and we update the Wiki page in the aforementioned “maximum drama/impact” order. This is the really fun bit most of the time.

I add the hashtags, which keep me happy. There’s a flurry of discussion and reactions. At least one comment gets deleted by someone.

If there’s a particularly complicated WoW (it’s usually the last one), it might still be unfinished, but theres plenty of time to work on it while putting the finished ones live. Normally.

At some point during this someone guesses the naming theme.

We’ve added a few new steps in the last couple of events. We put up a last Wind of War that is about the upcoming major conjunctions - battles and skirmises - with a variable amount of information. This helps people speculate about what the opportunities are, as well as hopefully letting people other than generals feel invested in the decisions that will be made during Friday night’s muster.

As of last event, volunteers working with Ian record the Winds of War as sound files so that people who don’t enjoy or have time to read reams and reams of glorified fanfiction can enjoy them.

Then we go back to the start; we sketch out the broad strategies for the orcs, and lock in the locations of their armies and the like.

The rest of our writers start finalising the quests, battles, skirmishes, and field plots for the coming event. While everyone else works on that, Matt and I turn our attention to our next writing job - Winds of Fortune.

That was a lot longer than I expected when I started. I’m hoping that means the PD internet is now back up again and I can get Spiral finished and posted. If you’ve read this far, I salute you.

The picture is by Beth. There were a load of better pictures to use but Woody has been grumping at me because I didnt use this picture to illustrate Semmerholm Wind of War so I decided to throw him a bone and use it here instead