++JUDGED BY THEIR COMPANY++ Winds of Fortune Summer 382YE

++JUDGED BY THEIR COMPANY++
The man beetled his dark brows and bared his teeth in an expression he obviously thought was a smile.

His five friends - who Ressia was unable to not think of as “the other soldiers from his unit” nodded and muttered their agreement. The Freeborn priest could not help but feel a little threatened. When they clustered close, these large, muscular men and women, he felt a little like he was standing at the bottom of a well. He had been in Nemoria for nearly nine months now, having arrived along with one of the shipments of white granite, and while he was no connisseur of Asavean fashion he knew enough to recognise the knee-length togas his six guests were wearing as being exactly the kind of thing off-duty soldiers wore.

None of them had made much effort to hide the tattoos on their arms and legs - red and black curving marks. He’d been here long enough to recognise those as well. Campaign marks, drawn indelibly onto their bodies by the priests of their mysterious God of War. He couldn’t identify their meaning but the fact they all more-or-less matched up one to another more or less confirmed that these were all soldiers from the same legion at least. Who had simultaneously all decided they wished to become initiées des Sept Virtus - initiates of the Seven Virtues.

They seemed to have only a very vague idea of what that would entail. He was at a bit of a loss. Something about this felt wrong, but he couldn’t put his finger on it.

“Dites-moi. Pourquoi voulez-vous. Devenir prêtre?” he asked. He was not adept at this particular branch of the Asavean tongue. It made him homesick for the Empire, where everyone spoke one language and most misunderstandings were down to willful pig-headedness rather than people being literally unable to communicate with each other.

They looked at one another. One of the women rolled her eyes and made a comment about his atrocious accent.

In broken Imperial, one of the others spoke up.

“Je vais être honnête. We like the way you talk about Courage,” he pronounced it strangely, Coo-radj. “And about Fidélité, and Fierté. We know that you can work magic with words and purple liao. That makes people strong, and helps them fight. Sans les cristaux. We would like to have that also?”

The leader nodded and spouted a stream of quick Asavean Français. His - probably his corporal, Ressia mused absently - translated.

“Also, we know that what you can call up you can also send away. We would like to be able to do that.”

He moistened his lips, and chewed briefly on his moustache. He looked at his probably-sergeant, and then back at the short Freeborn priest in front of him.

“There is also a special sight that you have which lets you see other Pèlerins, yes? We would like to have that sight.”

All six were quiet for a moment.

“Pour trouver nos nouveaux frères et soeurs.” Said one of the others quickly. All six nodded once, in unison, in a way that was frankly unsettling.

“Nous avons de l’argent.” said one, holding up a bag as demonstration. It chinked, It looked heavy. “Beaucoup d’argent.”

They all stared at him again.

He took a deep breath, and put on his best smile, his Sutannir’s smile.

He did his best to explain that while he oversaw the day-to-day running of the temple, ordaining Asavean priests was beyond his authority and he would need to ask for guidance from the Imperial Synod. The six definitely-soldiers left with unhappy expressions, after twice attempting to explain to him that he had clearly misunderstood. They had money, did he not see? Lots of money.

“Everything can have a price,” he muttered to himself when he was alone. “But I’m glad it’s not going to be up to me to work out what this particular price is going to be…”

+++GAME INFORMATION+++
The Temple of the Seven Virtues has been ministering to followers of the Way in Nemoria for nine months without a crisis! Hurrah!

Now, sadly, its time to reset the clock. Asavean citizens are trying to become priests of the Way - or at least they’re trying to learn liao ceremonies. The priest who oversees the temple is not prepared to make a potentially contenious decision on whether or not Asaveans should be able to wield liao without any oversight from Imperial priests.

There’s also a couple of extra minor religious elements - the upcoming inquisition of Almodin Oktístis, and a pamphlet claimng to contain the “truth” about the Asavean religion.

You can learn about the main crisis, and the not quite crises yet, here → https://www.profounddecisions.co.uk/empire-wiki/Judged_by_their_company 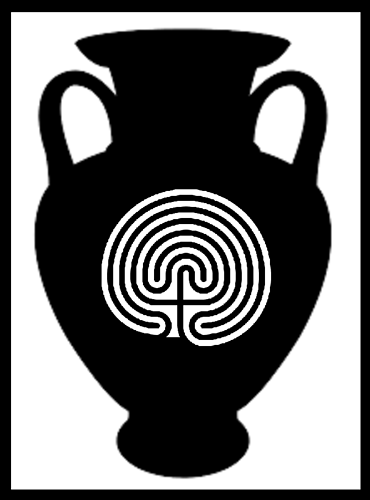