Join three of Empire’s Battle and Skirmish team and one player who helps organise a national Elite Monster Unit in a live Q&A session on PD’s Twitch channel this Friday at 8:30pm. They’ll be taking your questions about all things to do with Battle and Skirmishes at Empire.

You can either post your question in advance in this thread or post it in the chat channel during the chat. 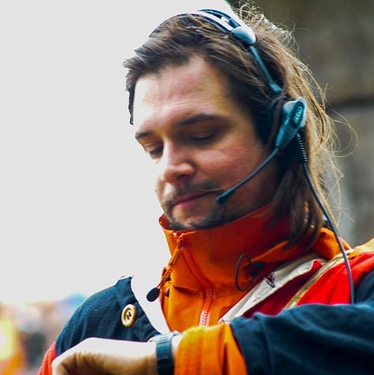 Tom’s focus as a plot writer at Empire mainly concerns the combat encounters we deliver - skirmishes and battles - as part of the main campaign. He also supports other writers with delivering their own combat encounters and helps coordinate the Skirmish Team as they portray the different orc nations and myriad monsters faced by the player characters. During the Friday Muster of the Military Council Tom can be found playing Prognosticator Atraxes of the Civil Service. 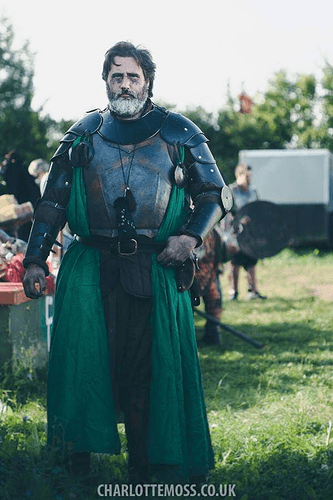 Andy leads Empire’s NPC Skirmish Team (The Hundred) in bringing war against the Empire in the two large battles and numerous skirmishes each event. This role involves briefing the Hundred, assigning roles, discussing battle plans and at times acting as an in-character leader of orc forces on the field. Andy plays a barbarian orc most of the event, but occasionally enters the field as Will of Overton, one of the Civil Service’s war scouts. 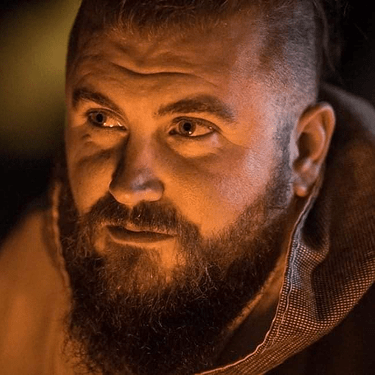 David’s main role on the field is to support characters as a member of the Civil Service’s war scouts, providing advice and tactical know-how before the heroes of Anvil venture out on battles and skirmishes. This role is to ensure that players understand the situation they will encounter, how to complete the missions they are taking on, and ensuring that preparations have been made before they leave. For most of the event David can be found in-character near the Sentinel Gate as Orn Eidrmutr, a war scout of the Civil Service. 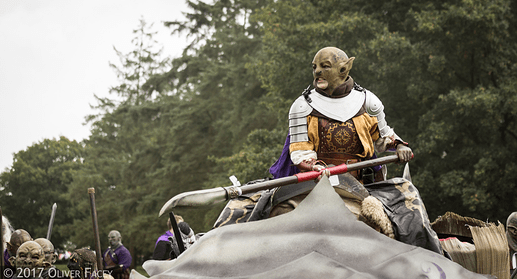 Daisy is an Empire player, monster kit enthusiast and coordinates the Brass Coast elite monster unit (EMU). Along with Oliver Rose and Marcos Balseiro she organises the members of the EMU, sorts out roles, tries to drag everyone up out of bed for monstering, and then takes on the role of IC commander when the unit takes the field as the Druj. The rest of the time, she is Iñez i Azul-Mar i Erigo, Comandante of the Bloodgold Jackals, and making larp kit as The Questing Beast.

How did you get involved in the Battle team?
How could I get involved/create in/an EMU?
Is it true the Battle team hierarchy is literally based on height?
How can i volunteer to do more for battles?
How can i help in battles in a low combat way?
Why are all the EMU commanders so impossibly beautiful?
How can i improve my kit for monstering?
Which Barbarian tribe is your favourite to portray?
Can i join the War Scouts?
How can we influence or request skirmishes?
If you (The battle team) could do one battle with an unlimited budget what would you do?
How can I make battles more fun for everyone?
Were there any battles that went in a completely unexpected direction?

@Noserenda what’s the most burning question of those?

Are the battle team ever likely to expand their range of special effects? In terms of pyrotechnics and/or loud noises. Or is this constrained by the utterly anarchic (unscripted) nature of the battles?

Any thoughts on how to get more people to come monster?

Volunteer monsters: I can see how they’d be impractical for the numerous and heavily briefed skirmishes and NPC meetings that go out, but are there plans to bring back the sorts of Big Skirmishes we saw last year (swarms of Vallorn beasties) where volunteers can play something simple (Husks, Druj conscripts) by the dozen?

What advice would you give to players looking to get kit to monster with?
How many Javelins is too many Javelins?

What do you wish more players knew about battles/skirmishes?
What are the biggest challenges to running the battle team?
What time does the skirmish team wake up in the morning?
How do you plan for war plots?
What’s the most imporant piece of costume for each barbarian/husk faction?
Husk battle when?

Which battle that you have been involved with running was the one you are proudest of and why?

“What are your top tips for monstering battles?”

“Is it true the crew gets woken up really early to be ready before the players arrive to the prep tent?”

“Is it true the skirmish crew don’t actually sleep - they wait. In the Forest. All night long. In case players want to go for a late-night/early morning raid/exploration?”

“How many Freddos do the Crew consume over a weekend? To the nearest ‘Imperial Shedload’?”

If we ever get a permanent site, what would the team like to do to make the various skirmishes more immersive for the players.

Do you get bored of always being the bad guys…

How does one become a war scout! Looks like a fun role!