++MEAN WHAT YOU SAY++ Winds of Fortune Summer 382YE

++MEAN WHAT YOU SAY++
Vagan, keeping low, crept towards his target. His unsuspecting victim lay only feet away, reading a book. He readied himself, tensed, and leapt forward.

Maximillian caught him easily while he was still in the air, dropping his book onto his chest as he did so. He held him at arms length for a moment, and then pulled him close and nuzzled him. Vagan batted at Maximillian’s face, and bit him gently with tiny needle teeth while making a noise halfway between a purr and a growl.

He put the kitten on his chest where, satisfied everyone knew who was now the master, Vagan curled up and went instantly to sleep.

“You shouldn’t encourage him,” said Decima primly from her alcove. She, too, was reading a book, with Azimuth and Vertex forming a pile of black and white fur in her lap. “Anyway, did you know that between 106YE and 112YE the Imperial Conclave was engaged in what amounts to a war with a herald called the Dominus Mus et Speculorum? It’s fascinating. Apparently at one point they were actually talking about interdicting the magical practice of “visiting an eternal” because they were so convinced some of the magicians going to speak to them were actually conspiring with this Lord of Mice and Mirrors.”

“That’s a daft name,” said Maximilian. “Did they not consider just getting some cats for the Hall of Worlds? Cats like this deadly hunter. You’re a deadly hunter aren’t you?”

Decima laughed, which was good. She had not been laughing much since the flight from Spiral. Vagan opened his eyes briefly, stared at Maximilian with contempt, and then went back to sleep.

“Don’t mock. Apparently mice are very good at destroying things and very hard to get rid of. There’s several references to something happening at the Lyceum involving a plague of the things. Lots of serious accusations in 111YE, declarations of sorcery left and right, the Grandmaster of the Unfettered Mind even gets one raised against her. It’s fascinating stuff.”

“They also pee on everything, which is why you should be handling that damn thing with mittens.”

His wife rolled her eyes. She had found the old book propping up a table in the cramped rooms she and Maximilian had been (slightly grudgingly) given by her mother. Containing interminable details of Conclave declarations between 100YE and 1025YE, she was working her way through it, taking notes, and planning to write a few historical essays about the contents. It was good to see her focusing on work again.

“They didn’t know who’s behind it. There’s all sorts of hysterical-sounding accusations early on. In the end the Archmage of Winter points out that it’s likely that the eternal is one that’s already under enmity, because the herald never leaves the Hall of the Worlds and does all its wickedness through proxies. My money is on it turning out to be Sadogua, if I’m honest. It’s got all the hallmarks of childish sulking about it. That or Wendigo. But if it is Wendigo it’s a pretty long con. There’s been nowhere near enough bloody murders and cannibalism. Or if there have been, for some reason nobody in the Conclave is mentioning them.”

“Bloody eternals. If we had any sense, we’d put the lot of them under enmity and just get on with our lives.”

“Yes dear,” said Decima indulgently. “I’m sure that would work a treat.”

+++GAME INFORMATION+++
Winds of magic, and we’re within sight of the finish line.

Here you can learn about a bunch of things of general interest to do with magic, and some things specifically for the Conclave and the Empire’s magicians. In this Wind of Fortune we find:

You can find the wind of fortune here → https://www.profounddecisions.co.uk/empire-wiki/Mean_what_you_say 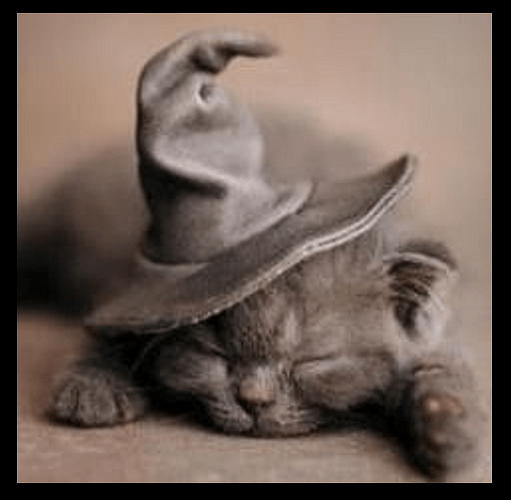