++MORE WORK (OR, LET’S EXCOMMUNICATE THE SENATE++
“Excommunicate the Senate!”

“Honestly, what is he thinking? Excommunicate the Senate indeed. It’s not as if he ever makes the effort to go to Anvil himself.”

Prince Luija was incensed, striding furiously along the riverbank walk. Maria had to hurry to match her pace, which she hated. It made her pant, and left her red faced and short of breath.

“It’s not as if he’s as mobile as he used to be,” tried Maria diplomatically. “His leg…”

“Rubbish! If he actually wanted to he could get there without any difficulty. Any of us could, if we were honest. We just… don’t. We just lounge around criticizing and complaining instead of rolling up our sleeves and getting stuck in.”

Luija stopped suddenly, and a young man in an ivory mask nearly careened into her. Maria raised her cane threateningly, and the lad skipped away scowling. Once he was a safe distance away he made a rude gesture and shouted something about minding where they were going before running off. The Prince was oblivious lost in her own thoughts.

“To be honest. I’ve always just assumed that somewhere inside Jago knows that the rest of the world isn’t going to be interested in listening to him bellow. They’ll want a damn site more sensible reasons for making these kinds of changes than Bishop Jago demands it.”

She pursed her lips.

“Not that some of the things he’s suggesting don’t make sense you understand.”

Luija began to walk again, but this time her pace was more measured. Maria was thankful, and after a few moments touched the Prince’s arm. She inclined her head slightly in approval, and the two linked arms. The walk had become a promenade.

“Severin is right, of course.” Said Luija thoughtfully. “It is virtue that unites us. The Synod is there to remind us of that. It does need to be able to step in from time-to-time to keep everyone on the same road rather than scurrying off willy-nilly into the back alleys to get lost or robbed.”

The Prince was using a lot of obscure metaphors today, which Maria had learned to recognise as a sign that her mind was at full tilt.

“I don’t disagree,” said Maria. “But demanding excommunication of the Senate if they don’t do what they’re told… It’d be a return to the bad old days under Teleri. I’ve read the history, I know what it was like.”

“You mean you’ve read the historical romances, which is very different. Honestly! I thought you had more sense than to confuse romantic fiction with historical fact. What was it I caught you weeping over the other day?”

Maria looked away and muttered uner her breath.

“I didn’t catch that,” said the Prince, amused.

Her prince laughed. “I’m sure it is. But giving the Synod a bit of a polish wouldn’t be the end of the world and it wouldn’t mean we were turning into Sumaah. The constitution is pretty clear that the SYnod is supposed to poke its nose into things, and take steps when it needs to stop people being silly.”

She nodded her head firmly, her mind made up.

“No, Bishop Jago is an angry arse, like one of those one’o’clock drunks pissing into the river. That doesn’t mean his words are entirely without sense, but one traps more wasps with jam than marmalade, as the Marchers say.”

“Either way, I’ll be interested to see how this plays out. Everyone seems to have been tip-toeing around everyone else since that schism business, but that was quite a few months ago. Now might well be the time to look at the relationship between the Big Three again, who knows? I’m sure that sensible people - not blowhards like Jago - will be able to work something out if they just put their heads together.”

“Absolutely!” corrected Luija, with a sunny expression. “After all, there’s no point starting with excommunication is there? Not when revocation is so much easier to achieve…”

+++GAME INFORMATION+++
Quite a meaty wind of fortune, all about the ongoing discussion of the Synod and the Way in the wake of Sverin von Holberg’s address to the faithful (pictured above).

This time the focus is on virtue - “It is the Seven Virtues than unite us, not divide us.”

The discussions in this wind of fortune include:

You can read about these suggestions and opportunities here → https://www.profounddecisions.co.uk/empire-wiki/More_work

There’s also a placeholder for a section discussing statements of principle from the last event that have not lead to any mandates due to the year-long restriction on Synod assemblies causing religious or spiritual conflict.

Oh and a reminder that Severin von Holberg is a player character, not a member of the NPC crew, and should be treated as such.

(PS - the various suggestions for changing the Synod with regard to National assemblies and Pargons/Exemplars detailed last event here → https://www.profounddecisions.co.uk/empire-wiki/Benevolence,_inspiration,_and_legacy#Overview are all still valid goals for any ambitious priests or senators out there)

Lots of words. The picture that goes with them is by Oliver Facey. 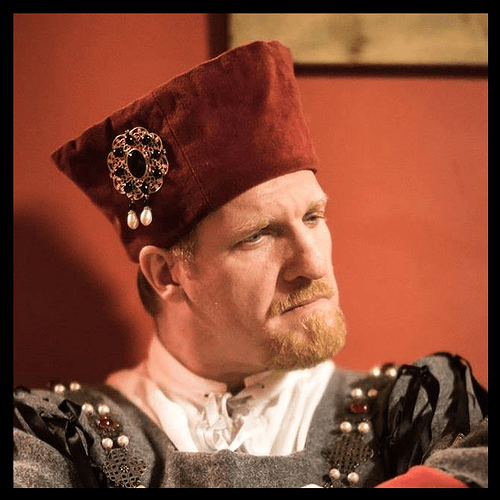