I attended I believe it was E4 in 2019 and had an amazing time there! I went with one of my friends who was desperate to be a part of Wintermark and wanting to be involved, I followed him. I had an amazing time and loved every part of it but my character felt slightly disconnected from Wintermark and it’s values (it wasn’t a well-made character mind you) and after much consideration, I’ve decided to make a new character for a different Nation.

The issue is I don’t know what Nation! I currently own a dark sleeveless gambeson, leather gauntlets and leather pauldrons but can be flexible. Last event I used 2 short-swords as I love and still want to continue the skirmisher game.

I’ve been drawn to the Marches and the League but I’m still not too sure on what would suit my character and how I want to play. My idea for a character would be an artisan focusing on weapons and armour for skirmishers and the scouts of the Empire. Trading would be my game but I’m also fairly interested in the Militia / Mercenary work but don’t want to get too ahead of myself

Any suggestions or advice would be really appreciated as I’m stuck in a rut at the moment.

Trading and mercenary work seem very leaguish to me, so if your wanting to choose a nation based purely on the type of game you play thats who id recommend.

But, i would also recommend taking a deep dive into the cultures and picking whats most fun to you. All nations have a trader archetype, and while the League are way more mercenary (as in, groups dedicated to it) im sure no one in another nation would turn down another strong arm from any nation

Welcome along to the forums

I’d say the usual advice applies for anyone looking to pick a nation: have a skim through all of them (front pages of wiki sections), make up a shortlist (Marches/League already on it), and then have a closer look.

Artisan can be a lot of fun, and take you trading here and there for materials and patrons, and if you know what sort of things you want to make (skirmisher/scout gear) so much the better.

The Militia, I’ll clarify, are the in-game police to an extent, and I know little about what it is to play them. The mercenary work, though, is done to a fair extent by companies in the League who hire out to other nations.

If you’d like to hear some discussions on those nations, I can reccomend the two below (the military one touches on the League and mercenaries a bit, and is a good listen anyway). 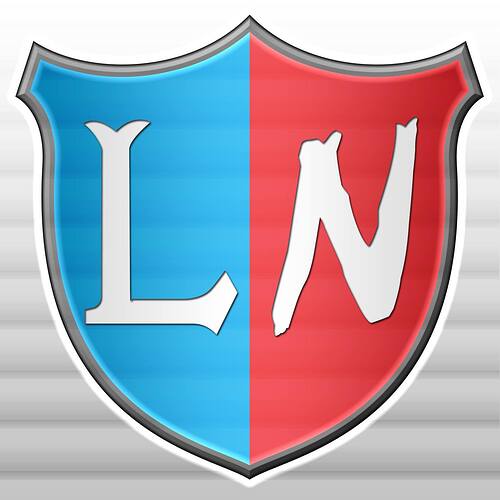 TLNPe57 The Marches with Sonya and Marcus

Dave gets stuck into learning about the nation The Marches with Sonya and Marcus. Fun was had. Audio is a tad spotty at times. Voice acting skills by Josh Danks For feedback https://www.facebook.com/LarpNoobsPodcast/If you would like to help...

Dave is joined by Phil Forrester and Tim Baker to have a good chat about the military game. Great for any aspiring generals or field marshals.Voice acting skills provided by James M Hewitt. For...

Let me point out Highguard’s skirmisher/scout archetype for you, The Unconquered which might take your fancy. They are quite at home in light or medium armour despite Highguard’s reputation for clank

Also have a look at the Highguard Benefactor archetype as well. They’re the Highborn who focus on trade and sponsoring people and projects in virtuous causes. I’m playing one at the moment and I’m having a lot of fun with it.

Hi @JMH, welcome to Empire and these forums!

You say in your post that you’ve been drawn towards the Marches and the League. Considering that your character interests and goals could probably fit in a lot of nations, what is it about those two that has specifically caught your eye? Maybe we can help you narrow it down!

For the Marches, I think you’d really enjoy playing a Beater or a Thresher, both of which have strong character goal crossover with the militia. Your trading could be a way to support that.

Two short swords isn’t a very effective weapon set in a battle, but if you take some Hero Points and have Earthquake Drummers as one of your recipes, you’ll be able to deploy a nasty surprise. They’re not that expensive, but good value as its hard to get REPEL off of hero points. It’s a nice choice if you play a battlefield messenger and want to lose a pursuer. You can fit Ambidexterity, Hero, Extra Hero Point and Artisan into 8xp, then save your spare 1XP for Relentless or Unstoppable.

That fits nicely with a Dragonbone Symbol to recharge your hero points so you can do a battle and skirmish in the same day. Those are also nice things to sell to characters with lots of hero points.

Pick a Runemark Shirt as your third or fourth item and you’ll start with a solid 4 Hero Points and a plan for what to make yourself for next year. It’s worth remembering that you don’t have to take increasingly more expensive items as you pick. If you specialise in things you can reliably make and sell, or things you can personally use, you’ll get more use out the picks.

Thanks for the advice! After looking more into the nations I think the League stand out to me more and I’m really excited to get started with them! More I just need to find a guild…

Fortunately, groups are OP by design! Meaning groups are heavily incentivized both mechanicaly and socially to grow. If you go to the League Facebook page and say the magic words “Hello, im new to the League and looking for a gro-” you’ll get lots of enthusiastic offers to join groups!

Thanks for the reply! I’m very excited for Artisan if I’m honest. Didn’t lean into it as heavily as I could have last event so I’m going to go full in on the trading front now! After reading (and listening, thank you for those links) on the League I think I’m going to stick with them and go from there!

Thanks so much for that! I was super intimidated by the amount of items and such you can craft so seeing what’s useful and so for what I’m aiming for is a god send. I like the idea of a Bondring as well, seeing how important rings are for the League, do they see much play?

Bondrings do seem cool though may not work well with our new League guild since we will have OC/IC couples who won’t be fighting at the same time due to children. We’re probably going to start with just orcing to avoid the potential trauma and upheaval of IC death.

They are good, but the target limitation can make it difficult to decide if you want one. They see a good deal of play from characters who have strong relationships with other combat characters. Remember Rings are not a romantic thing, but a loyalty thing. Romance can be one reason to wear a ring, but comradeship or a loyalty to a commander would be just as good a reason.

A Sanguine Spear is a useful item in either the Marches or the League, as both nations use a lot of polearms.

If you are aiming for a good 10 resource or less item, you can’t go wrong with the Phial of the Sun, as “1 free herb a day for a physick” if really useful, especially for people who do player events

Heya, late to the party a bit, but I am always super happy to see new players joining the League (my own much-loved nation).

I cannot easily speak for mercenary work, as I fight with the national block, but we always love more bravos.

My wife will definitely be interested in Senate Motions (if she can cope with the late hour).

I heard you speaking about the nation block yesterday on the Imperial War College podcast and the notion of well drilled troops strengthened my liking for the League. (we’re reenactors in both the Sealed Knot and Napoleonic Association). What proportion of the nation block use polearms?

Interesting question; my gut feeling is that around half the block use some variant on a two handed weapon (9’ pikes, 7’ polearms, zweihanders etc), then the rest are some variant on short arms. Because the national block is primarily composed of ‘volunteers’, a lot of them are not primarily combat characters*, and this is reflected in the weapon mix.

Because we don’t take the form of a consistent weapon block like some nations (some may have large scale bill blocks, archery units, shield walls etc), we tend to adapt our tactics around it. One of my favourite formations for us is to have the long arms in the front rank, aggressively dealing damage, then a second rank of short arms and battle mages for anyone who tries to rush past the points. It seems to work rather well.

*this leads to a constant source of terror for attentive people. Many League characters are ones who quite politically successful in their chosen field. This means that our block contains a disproportionate number of holders of Imperial titles, and occasionally people notice the potential carnage if we got wiped.

Now that I’m getting a deeper dive into the League, my interest in mercenary work is dying down a tad and I would love to get more into trading which is alive and thriving from what I can see! I’m very much down to fight with the national block after learning more about the nation’s numbers, just need to get my weapons in order and I’ll be there. This has been amazing to learn more about what’s actually happening at the event also! Now just the task of getting a costume in order…