Purely OC notice, as people may need some prep time: Next event, the Navarr are holding Autumnfest. A beer brewing competition, in association with the Alehouse and Brewers Union.

If anyone would like a digital copy of the flyers that were out last event, and are being handed round by Navarri travellers, drop me a line.

If you want to put up a picture of the flyer up on here it’s cool to advertise events, festivities, competitions and the like. You’ll just need to host the image somewhere, imgur.com is a good choice if you don’t already have a place to put it.

Ah wonderful, in that case: 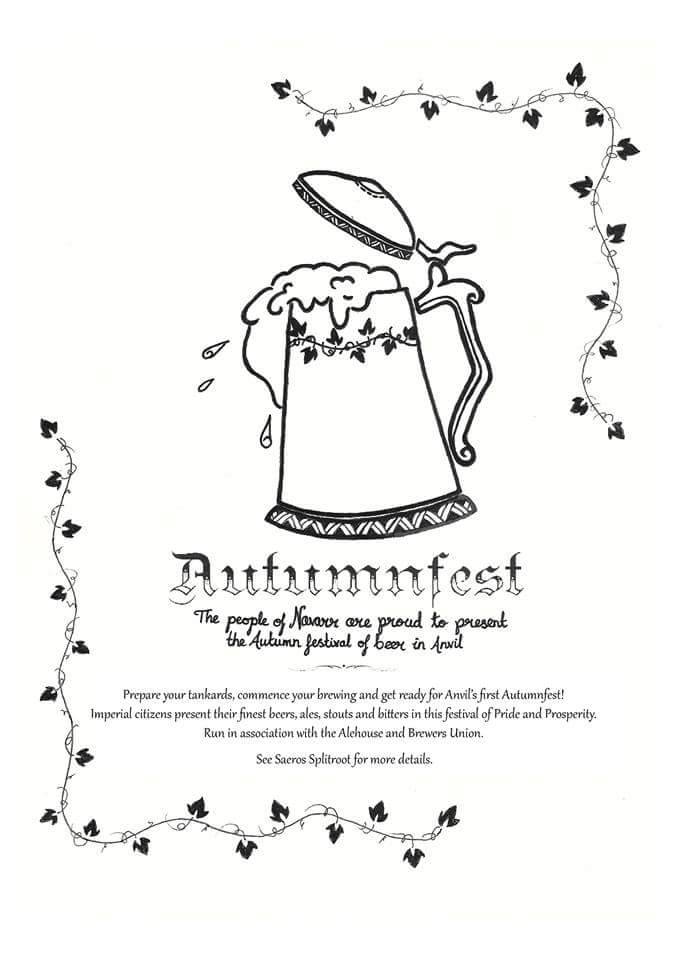 Exact details are still being worked out, will update here as soon as they are confirmed.

Time: Saturday 5pm. In the public space of the Navarri camp.

Silly question: Does it have to be home brewed beer? My home brew will stand up fine again others, but is not up to the quality of bought beer.

Yes! It is a beer brewing competition!

Unless Mr Morland or Mr Wychwood etc themselves attend!