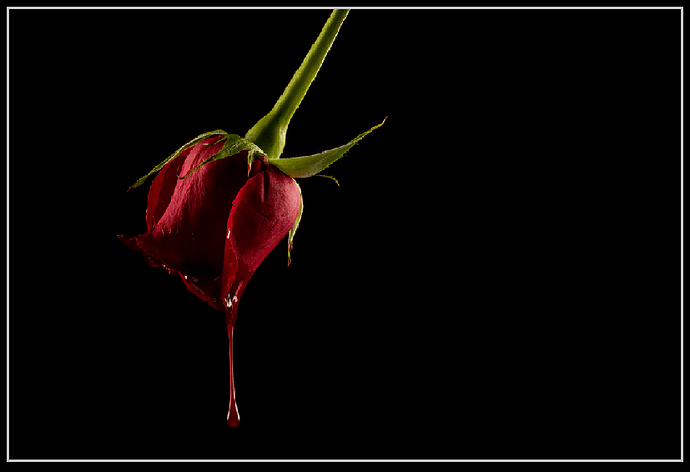 “The great beast pursued them down the corridor, ichor dripping from it’s jaws, it’s terrible eyes filled with rage. The two ran for their lives, Mila at the front and her guide a heartbeat behind her… could they make it to freedom?!?”

Darko stopped his mock run and his story with it - ostensibly to draw breath. He looked around at the sea of young faces seated before him, wrapt in shadows discarded by the dying sun. The silence commanded their attention; every tongue was still, every eye was on him. It was time for the finale.

“With a great roar the beast leapt into the air and pounced on the lad. He was seized in those terrible jaws - and the monster shook him so violently that his neck snapped like kindling. Dead before he could utter a scream.” There was a low moan of terror from the assembled children so the storyteller took the opportunity to remind everyone present that the same gruesome fate would await any one of them should they wander abroad at night.

“As soon as Milla saw what had happened, the clever Volhov stopped in her tracks. She cast her fear aside and turned to face the terrible creature. As she did so the Masquerade that had hidden the young lad’s milk white skin and sharp teeth faded leaving his lineage plain for all to see. Demon Beast! - she cried - you swore an oath to protect the draughir of this vale. Now one lays slain by your own hand!”

Darko mimed the Volhov’s motions as he raced to the end of his story. This was one of his best tales, but he didn’t want to be on the road again before the bad weather passed, so he needed to make this good.

“The beast shook and screamed - but it knew in that moment that the sly Volhov had tricked it! The argument, the pursuit, the lad’s death - all by clever Mila’s design - to trick the creature into breaking it’s oath. As it screamed - it shook so violently that the fur flew from it - and then an instant later, it lay stone dead. Mila had defeated the terrible Skinchanger of Bogdan’s Vale and saved the people.”

He straightened up, letting the tension of his story fall from him. A moment later the kids were on their feet, clamouring round him, begging him for another story. “Tomorrow, tomorrow!” he cried laughing with honest joy. A hard rain had been falling all day - it would be a blessed relief to perform here for a few days.

Okay here we go. SInce the Spring Equinox, Imperial magicians have lost the ability to use Spring regio.

They can’t draw on them to gain extra ranks of lore, and they can’t use them to target rituals. This means they effectively can no longer perform a raft of large-scale rituals. Foam and Spittle of the Furious Sea, Forge the Wooden Fastness, Rivers of Life, Rivers Run Red, Thunderous Tread of the Trees, Mountain Remembers Its Youth, Thunderous Deluge, The Dance of Navarr and Thorn, and Hallow of the Green World are all off the table for … well who knows how long?

You can learn the details of the effect, and some speculation about what has caused it, here → https://www.profounddecisions.co.uk/empire-wiki/Pay_in_blood