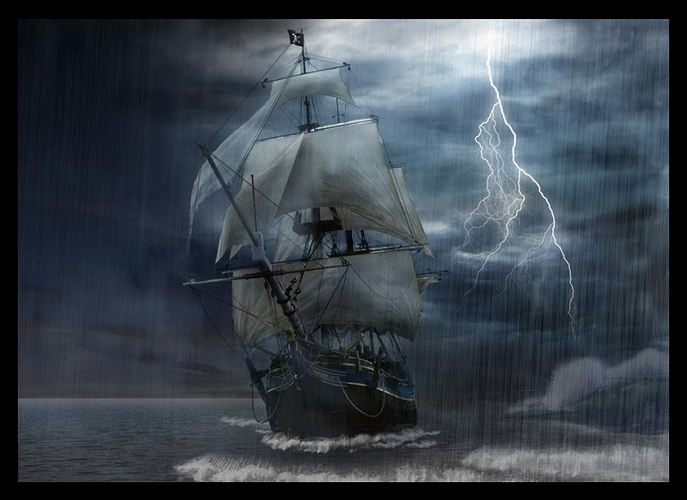 Rihanna swung back to the left, feet skating the granite surface, like she was gliding across a frozen lake in the deep midwinter. The militia below continues to shout and wave. Her friends - part of the distraction - were shouting and gesticulating themselves. They knew their roles - outraged students from Holberg performing a piece of subversive art. She couldn’t help but smirk as she imagined the chaos they were causing.

She placed the roller against the the wall, and with deep breath began to run while simultaneously pulling on her harness. It seemed a lifetime ago that she had run the roofs and towers in Holfried, but her body remembered. A smooth upward stroke. A crossbow bolt struck the granite ten feet to her left. She knew it was just a warning shot. Nobody was going to shoot to kill for a bit of petty vandalism.

"It’s alright! she shouted at the tope of her longs. “It’s all part of il Volpe’s new project! Don’t worry!”

It was a lie of course, but it would add to the uncertainty. She collected herself, balanced, refreshed the roller, and began to move back the way she had came, descending at a smooth angle as she did so. The first shape - two lines and two dots she peripherally recognised it as one of the Wintermark runes - had been difficult but this one was simply three sweeping lines.

She glanced below for a moment. The shouting seemed to be be coming more intense. Wilhelm was trying to get her attention. Still, only one more movement and then she’d be done and she could go down, be arrested, maybe be roughed up a little, pay a small fine… and then she and her team would be away and free to enjoy the considerable fee they had been paid for this little stunt.

As she readied herself for the final run - back to the right and up, in a movement that would take her to the top of the plinth and the feet of the statue of Lorenzo, she idly wondered what this was all about - but worrying about the games of Merchant-Princes rarely lead to a happy life to such as she. The great and the good would play their games at Anvil, the pawns just went where they were told.

Rihanna ran then, cinching her harness again, the roller playing out behind her as she painted the last stroke of the rune. At the last moment she lost her footing, fumbling - the rope suddenly taught when it should have been loose trapped on something above. She dropped the roller, and nearly lost the paint pot as well. She swore, and pinwheeled her arms for a moment. She managed to get one hand onto the lip of the plinth and then the other and pulled herself safely up.

She lay for a moment breathing heavily, and then peered over the edge. The last thing she needed was for the paint pot to have brained someone.

But there was nobody below. Not the militia, not the members of her team, not the small crowd of amused onlookers who had sculled their little boats over to take in the theatrics. It took her a moment to work out why and when she did she started swearing again, desperately coiling her spare rope around and checking the pitons that held it in place.

A ship was coming. A massive merchant vessel, sails billowing madly, early afternoon sun glinting along the edges of the great metal-reinforced ram on its prow. On collision course with Rihanna - and with the Colossus of Sarvos.

Last Wind of Fortune for this event! Here you’ll find a disaster of epic proportions, and a number of violent situations that would benefit from the attention of the heroes of the Empire.

You can read about the attack; about the drowned dead attacking northern Sermersuaq; about the Feni raiding Wood Heath and Birchland; and about a number of straight-up military operations you may want to get involved in here → https://www.profounddecisions.co.uk/empire-wiki/Right_now

This is a round-up of publicly know conjunctions of the Sentinel Gate. The exception is the business with the Colossus-ramming which we changed at the last moment to set up as a field encounter.

It’s important to realise this is not all the conjunctions during the Winter summit, just some of the ones that are publicly known.

There’s also a note at the bottom about another minor change - weve rethought some of the elements of Sermersuaq and Segura covered in https://www.profounddecisions.co.uk/empire-wiki/381YE_Winter_Solstice_winds_of_war#Two_Tales and additional info will be in the Military Council brief not the Winds of Fortune.

The last thing we’ll be doing is going through the WoF filling in any “TBC” sections, and looking at additional mandates requested by players. Keep your eye out - I’ll update the posts on facebook and the forums when we update the pages, but it’s probably worth taking a moment to look over any WoF you’re interested in at the weekend to see if anything new has been added.

There’s also likely to be the odd other update about stuff, but as regards Winds of Fortune we are now done.

See you in a field!

Oooooh! This is A+ useful.

Nice War of the World reference there