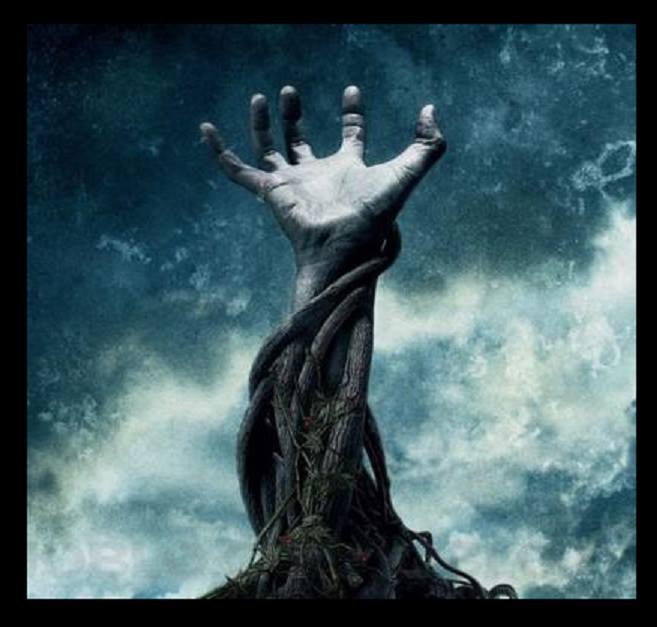 Deana whacked the last pig through the gate on the arse with her stick.

“Root hog or die,” she muttered under her breath as the creature squealed and scurried after the rest of the herd.

Tom leant his elbows on the dry stone wall, and sucked on his pipe.

“What was that?” he asked. Deana shrugged and began to pull the wide gate closed.

“Something my gran used to say when she was driving the pigs out to root is all,” she said. “It means that you have to do the things you have to do or you die. Something like that. For a while I thought it was a charm. She knew a lot of charms, my gran.”

“I remember she was terrifying,” said Tom absently. He frowned. His pipe had gone out.

“Damn fog,” he grunted. “Gets into everything, makes it all damp. We never used to have fogs like this.”

Deana rolled her eyes. Tom had been making the same complaint every morning for the past month. The gate closed and the latch dropped, she leant back against the wall near him and the pair watched the pigs rooting around on the edge of the forest for a time as the sun slowly climbed in the east. After a few minutes, something caught Deana’s eye. Something moving through the trees - a flash of red. She stood up, stiffly, her bony hands shifting on her stout stick.

“What’s that.” she said. “Is that Jotun?” She pointed. Tom squinted.

“Jotun after the pigs!” growled Tom. “We’ll not stand for it!”

He pulled himself upright with a great creaking and popping of bones. Deana rolled her eyes again.

“Silly old fool! What are you going to do if it is Jotun? They’ll chop you in two without breaking a sweat. What would Jotun want with my pigs anyway? They’ve got pigs of their own. I think that’s a person, not an orc.”

She stamped forward a few paces, shaded her eyes.

“Two people in fact, there look. There’s a Navarr. I think… yes I think that’s a Varushkan. In fact I’d wager apples to pears its one of them Varushkans that came through the other month heading down into the forest to look for orcs…”

“What are they running for?” asked Tom. He’d been trying to pull himself over the wall, like he used to when he was a boy, but his arms were not up to it. “If they’re after the pigs…”

“Nobody is after the pigs you old duffer,” snapped Deana. “I can’t see what they’re running from, on account of that fog.”

She waved her hand suddenly in the air and shouted to attract the attention of the two running figures. They swerved immediately without breaking step, and began to zero in on the old couple by the low stone wall, dodging between the pigs.

“Ha!” barked Tom. “Perhaps the fog is what they are running from!”

Deana opened her mouth to remonstrate with him and closed it again. A cold shiver ran through her, and she whispered one of her gran’s old charms under her breath. As the figures came closer, she could see that both of them had been in the wars.

The pigs didn’t care. They continued to root and snuffle around the trees on the edge of the forest, enjoying treats they could not find in the damp fields of Bregasland. Here and there among the roots, green shoots began to unfurl as the light touched them, visibly growing as the hogs fought over acorns and pinecones. One by one, pale yellow flowers unfurled and unfolded from their stems, glistening in the early morning sun, as if each petal were brushed with honey.

The vallorn of Liathaven is flexing, and expanding. If nothing changes, it will consume the entire region of West Ranging before its fecund power subsides.

It’s not all bad news however - not only are there valuable seeds popping up in Bregasland farms full of spring magic, but there’s a once-in-a-generation opportunity to strike at the vallorn and potentially create a window that will allow the Navarr to clear the vallorn out of Westwood - if they can stop the Vallorn from taking West Ranging.

The photo’s a promo shot from a movie called “The Ruin” which is well worth a look if you like your horror gloomy and vegetable themed with a mild Clark Ashton Smith overtone.