For those with an interest in maps or Druj, we’ve just put the page for Sarangrave (the south-western territory of the Mallum) on the wiki.

Put together with the spy reports gained in the run-up to the Winter Solstice by plucky Imperial espionage experts, scouts, and their Axou allies, it’s still a little bare bones but provides information about the territory, the settlements and fortifications, and some secrets of the Druj. Enjoy!

Map as ever by the talented Daisy Abbott. You do not want to see the map she was working from, which Raff made in MSPAINT. 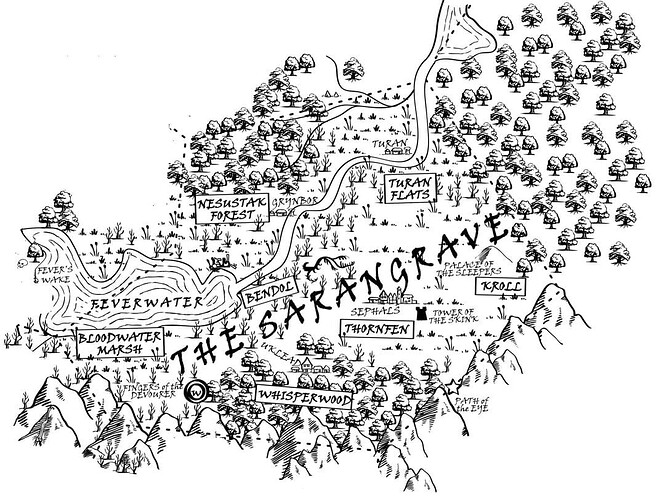