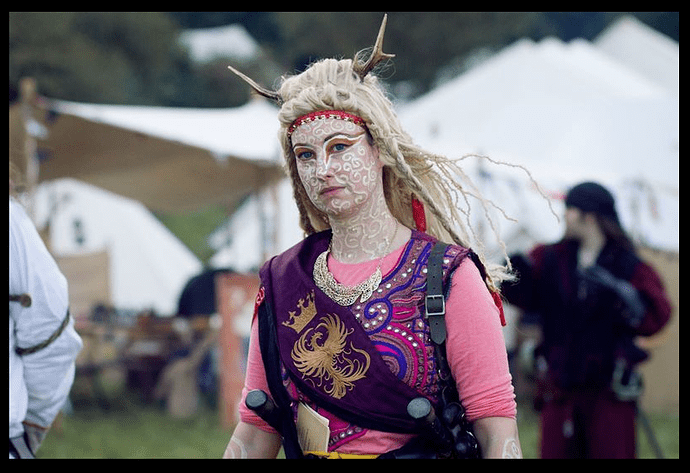 And finally for tonight, a short piece about saying yes from John Haynes. John also has a NSF personal blog → (https://joehaynes98.wordpress.com/) on which he sometimes writes about Empire and about LRP in general.

++SAYING YES++
Finding plot can be daunting, especially if you are new to lrp or are used to having plot sign posted.

Essentially getting involved in plot is about saying yes and jumping in.

There is an amazing essay on plot at Empire by Dave Young, however i’m going to concentrate on mindset.

One of the fascinating things about empire is that it can be very hard to spot what is player generated action and plot. Often we will receive emails about a plot that has run out and we cannot comment on it as it has nothing to do with us, it is something a player or group of players has done in the field.

When faced with a situation like this it can be very difficult to try and separate plot from things that other people are up to.

Quite often player action and plot becomes woven together. If a plot writer puts something in the field about the virtue of courage and a group of players are also doing something with in it’s sphere they will quite often become entwined. Conversely I have seen players blaming each other for things that there is no way at all they could have been responsible for unless of course they were using plot as political levarage.

Of course saying yes is not just about agreeing with people. It is about ‘I will involve myself in this’ or ‘Yes I will do the awful thing and see what happens’ rather than sitting back and worrying about what is about to happen to your character. When Bob the arch heretic offers you an opportunity to make some money doing something awful, and it makes sense for your character to do it, don’t worry about ‘your character’ think about what your character would say. There is a very high chance Bob has come to you because you wrote in your background you were a heretic. If you say yes to Bob there is a high chance you are about to be involved in a plot that has been written for you and your group and may introduce you to other like minded individuals.

If you are playing a criminal say yes to doing criminal things, don’t say you are a criminal and then when faced with the choice to commit a crime say no because you are worried you might be executed. If you are a hero say yes to the heroic quest and say yes to standing up to the villainous player rather than worrying you will die.

It is interesting that a player commented me the other day that they were having great fun with an object that kept getting her into trouble. The player had seen the rp effect and jumped at it with both hands. Now the player has spent 24 thrones on fines which could have been spent on upgrades, but by saying yes the player has gained experiences and done things that having a nice big resource would not. A simple item, jumping in and fun was had. By letting go of the OOC worries of consequences the player has had fun. All stemming from a simple plot and the players willingness to role play.

Often we come to lrp with a win and survive mindset, but when you play your character the way you see them and let go of ‘but what if I die or might be in a scandal’ more opportunities arise. In talking to more people, the more chance you have of someone asking you to do something. Remember from a game point of view plot is also a resource. You have a finite number of plot writers and a finite number of plots running in the field, the more people you speak to the more likely they are to involve you in their schemes and nay plot they maybe dealing with.

What does this have to do with plot? Well the company is called profound decisions, not easy choices and there is a reason for that. Often the plot you will encounter will have some serious choices to make. Rather than trying to find the happy medium you should say yes to a choice. Not everything has an easy resolution, often when plot does rock up it will be to do something that will be dangerous or potentially scandalous.

Say yes. After all no matter what happens you had an adventure, and Lord of the Rings would have ended very differently if Frodo had said ‘No, i’m worried about the consequences’