Show off your arts and crafts

Here’s a thread for all of you making art and other crafty things for Empire to show off your exploits.

To start with here’s a Highguard Icon that Cayce made to hang in our chapter tent that I’m currently looking after. 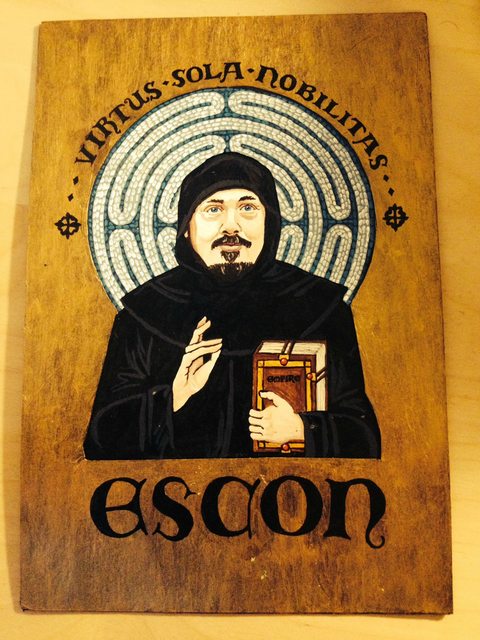 You may recognise the subject 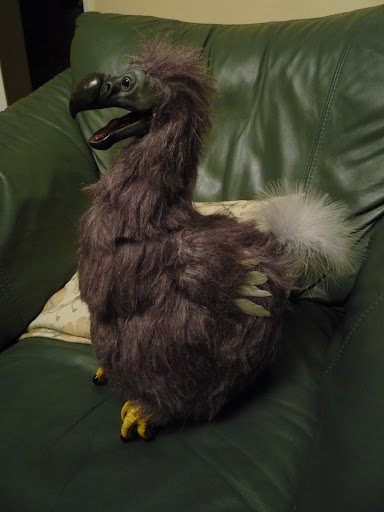 Florrie, the Novarion Dodo. She’s a hand puppet. And part of a dodo breeding program

Which is a very tiny hand puppet

Both have moving jaws and turning heads. 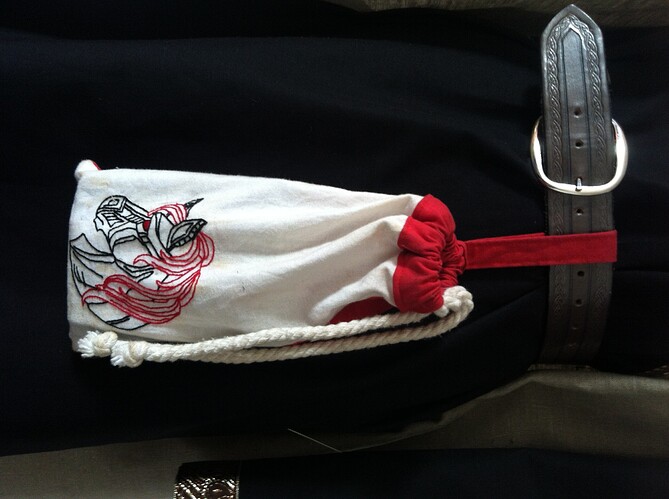 This box wasn’t made with Empire in mind but could easily be Dawnish in nature.

The outside of the box is very plain 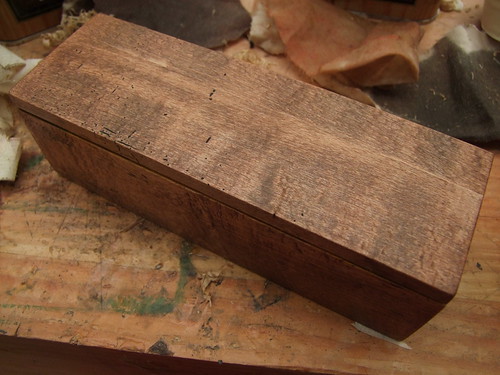 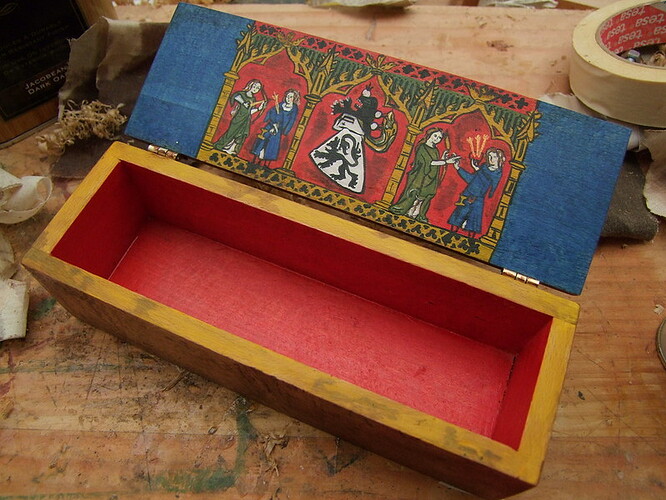 And made into cloak clasps: 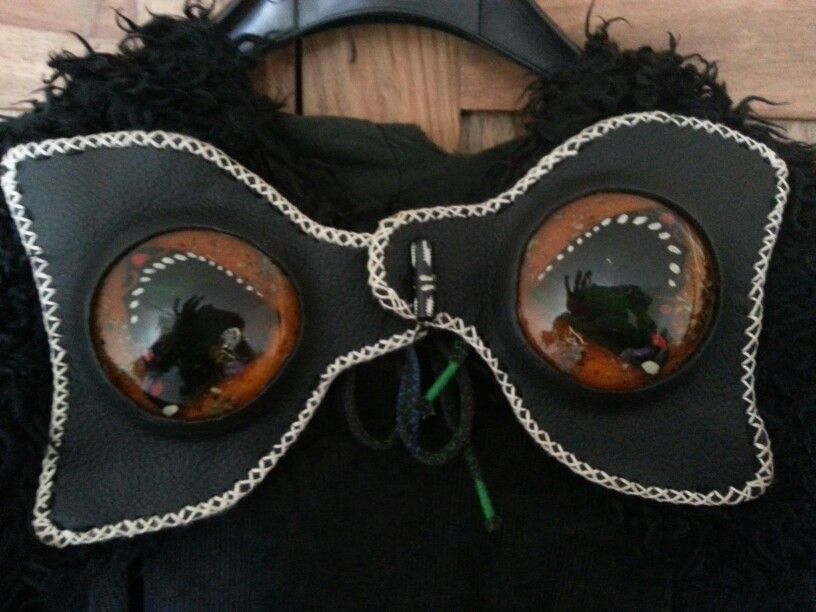 Concept by me, butterfly by me, but I had to get a friend to make the amber in the end.

And I can’t get the image to display

You need the direct image link and dropbox doesn’t let you do that, I’ve fixed the one on pintrest to point to the right link. If you need some quick image hosting I recommend imgur.com which will give you bbcode links to the images.

These are all beautiful!

I play in the League and do stylised ink character portraits, bits and bobs of heraldry, and other things.

RANDOM BUNCH OF SNAPS FROM MY PHONE

Sarah Van Holberg, until recently the holder of the “Voice of Holberg” post (in lieu of a senator): 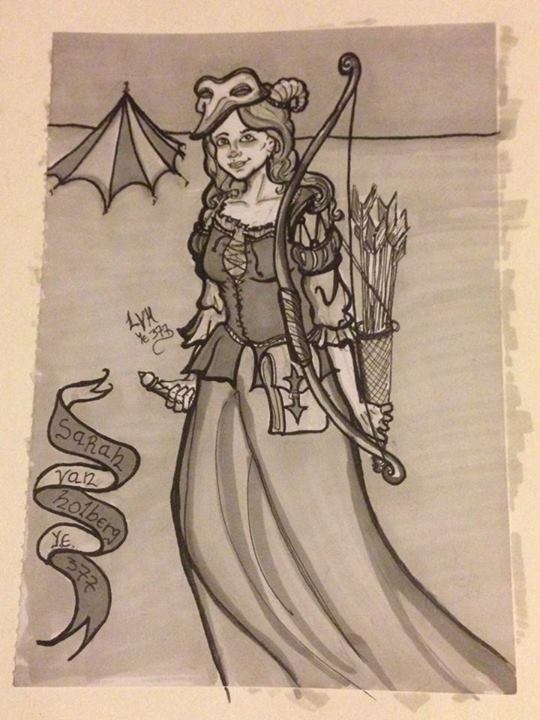 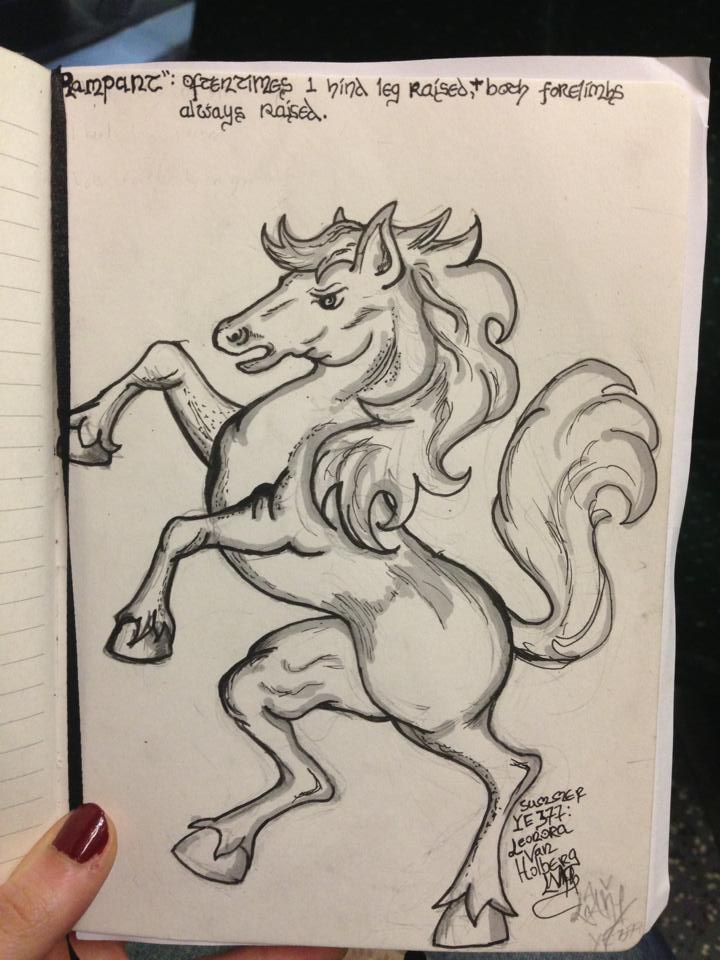 Garland I made for the Reaper for Winter Solstice, with the names of the Archmage Nicovar Collegiate Fellowship of the Arts’s dead painted on clay bones and rags: 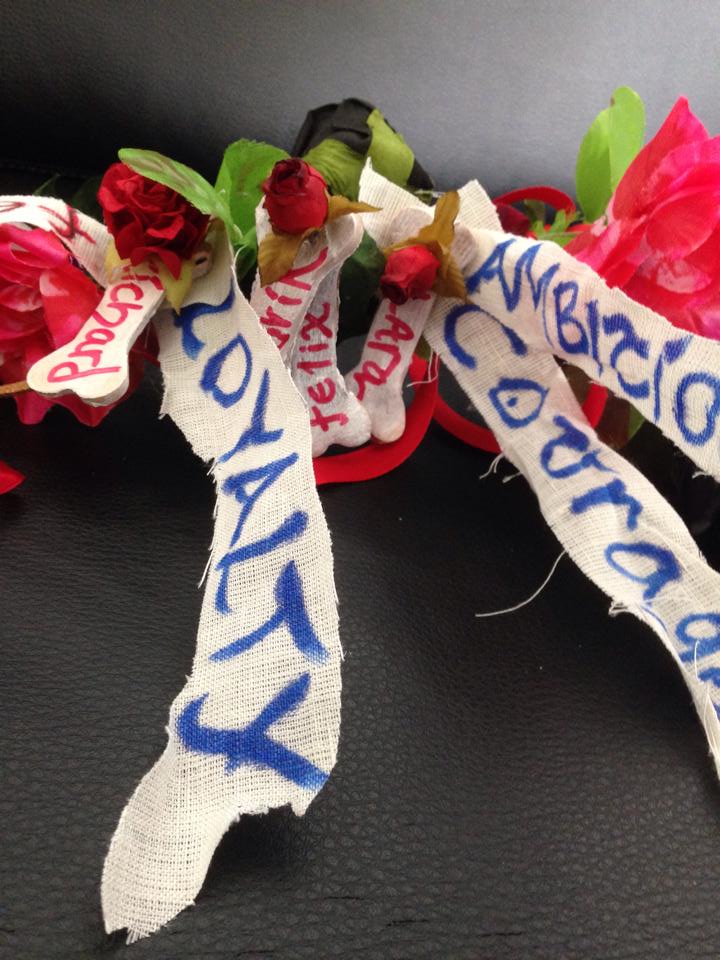 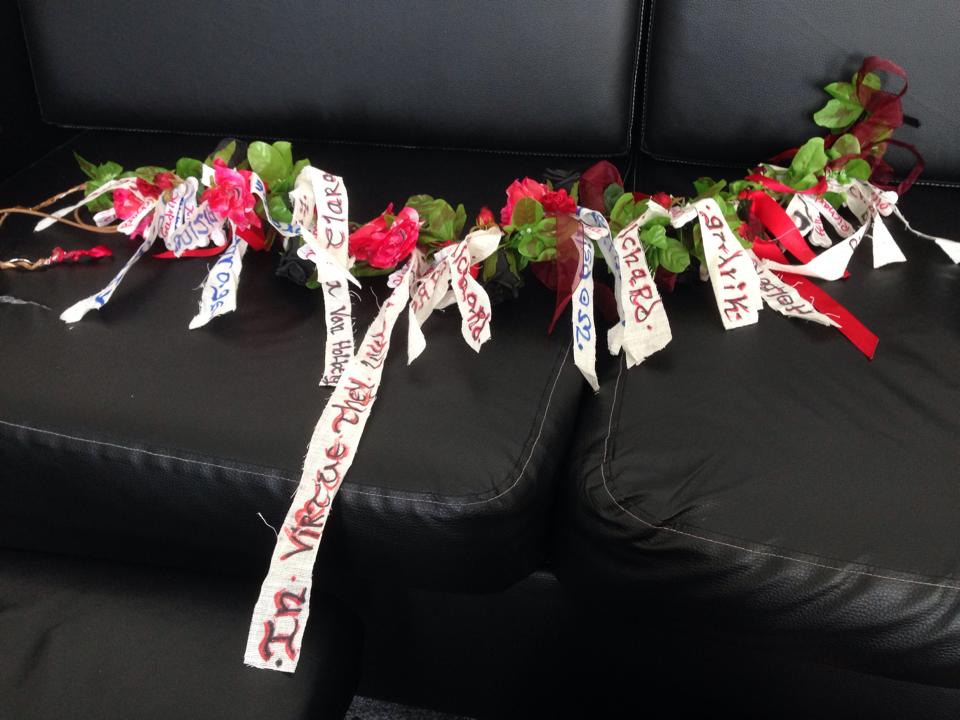 The Reaper liked it and gave us goodies. My prize was a chocolate padlock, which I immediately ate.

Rough sketch (ignore the lack of detail on the hands!) for a self portrait when I started the game, before I ended up with much shorter hair, and donned a very long red wig: 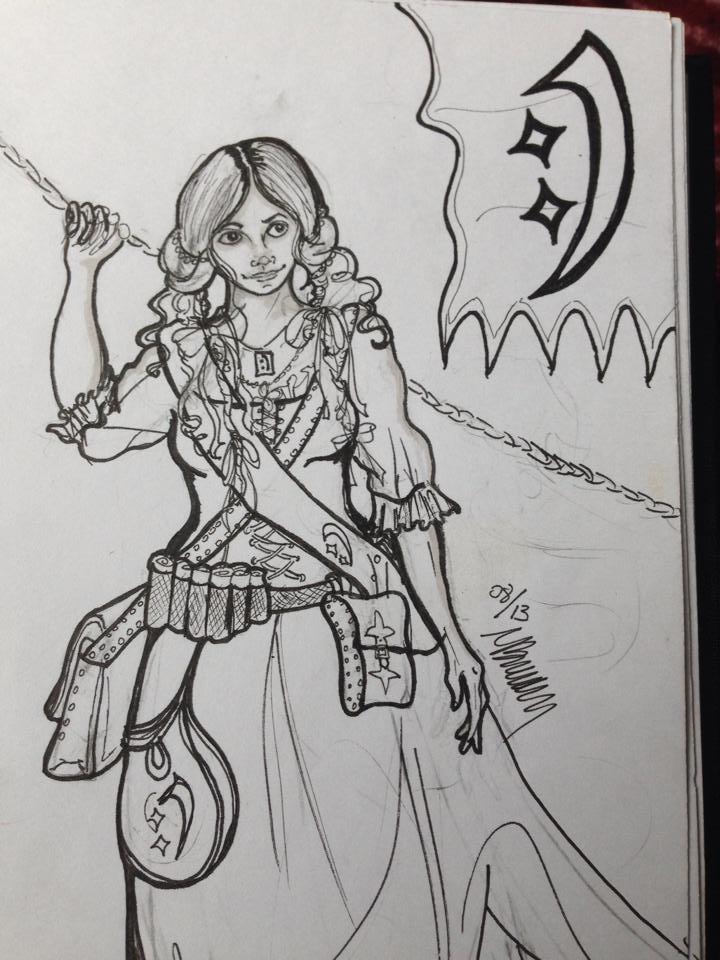 If you’ve paid me for a portrait or art, rest assured it is COMING SOON! It may not be ready for E7 as I had all the OOC day job work in the world, and then suddenly lost my job on top, so it’s been a hard couple of months. But you aren’t being ripped off, I promise - it is definitely being worked on!