++Sowing on the mountains++ 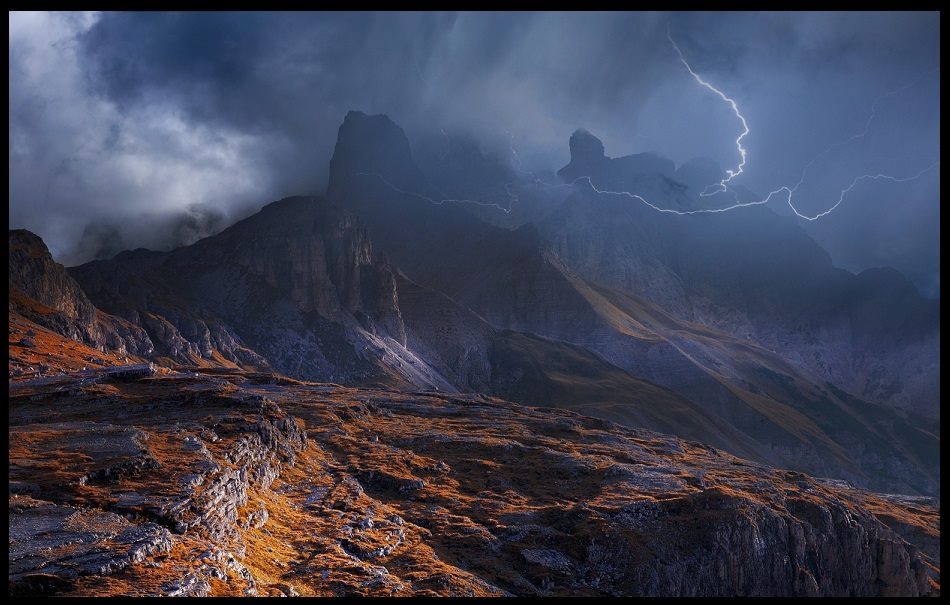 The heavily armoured shlacta stepped up as Vlezny approached. She looked soaked, and none to happy to be out in the rain. Vlezny inclined his head slightly, sending a cascade of water spilling off the wide brim of his pointed hat. Several metal staves topped with oil reservoirs sputtered fitfully in the persistent drizzle. The volhov was thankful for the hundredth time for his lightstone lantern which provided him with steady light no matter what the weather.

“It’s bones,” said the schlacta without bothering with pleasantries. “Lots of bones. The boyar wants you to see if its a very bad thing or just a bad thing.”

Vlezny furrowed his brow. They were very close to the river here. “Could this have not waited until the morning?”

The schlacta shook her head. “The water’s still rising. if this is a very bad thing we’ll let the river deal with it. If not, we’ll need to get people up here with rocks and gravelsacks and shovels. The boyar needs to know sooner rather than later. Especially if the bones have been gnawed on.”

She stood aside then, placing one gauntleted hand on Vlezny’s shoulder to push him forward. He resisted, and gave her a cool stare until she dropped her arm.

“When you’re ready then,” she mumbled without looking at him.

Velzny beamed a bright smile at her and swept past, sloshing through the mud towards the newly uncovered ruin. An entire hillside had collapsed, no doubt due to the torrential rains Wendell’s Hope had been enjoying for the past week. At least they had slackened off this afternoon. There was already a small company huddled around the entrance to the ruins - two worried looking people with shovels, an older woman in a heavy coat and hat with a torch of her own. One of the wise ones he had met when he arrived at the vale. Karinna Walezcjia … something.

The shovel-bearers looked relieved to see a volhov. Karinna looked a little less impressed but acknowledged his presence.

“It’s bones!” said one of the workers.

“So I hear,” Velzny replied. He gave the two worried men a reassuring smile, and moved to join Karinna at the entrance. It was, indeed, bones. Hundreds - perhaps thousands - packed close together in a low chamber of ancient-looking white granite. The wise one was gently handling one of the skulls, her lips and fingertips alike tinged ever-so-slightly purple. Velzny raised an eyebrow.

“There is no magic here, and no ghost,” she said in explanation. “And there does not seem to be a curse. We do not need a volhov to tell us that.”

Velzny gave a lopsided shrug and extended his hand politely for the skull. She handed it over, raising her torch as she did so to examine the wall of bones and rubble protruding from the collapsed bank.

“This is old,” said Velzny turning it over in his hands carefully. “Very old. Older than the vale, definitely.”

The wise one agreed. “From the looks of this, it is only one part of something larger,” she said quietly - now they were discussing the situation as equals she was cooly professional. “I think that at one point this entire structure was underground but time and the river have slowly eaten away at the hillside. Somewhere up there would be stairs, and perhaps at one time a shrine.”

“But no sign of the shrine now.” it was a statement not a question. The wise one nodded.

“I had a look while there was still light. As best I can judge, someone or something destroyed the above-ground parts of the ossuary a long time ago. So what do you think?”

Velzny carefully laid the skull on the broken wall just below the other bones.

“Have the remains been disturbed?” he asked. The wise one shook her head. “Only the skull moved. The rest are as we found them.”

Velzny held his hand near the bones for a moment, concentrating. “I think … all the bones are here. I may be able to find something further.”

He fumbled in his satchel and removed a long thin knife and two irregular orbs of crystal mana. He presented the knife hilt-first to Karinna.

“May I have a little blood, wise one” he asked formally. She looked for a moment as if she might refuse but then snatched the knife from him and pressed the point against her thumb. A bead of crimson quickly swelled there. She returned the knife and held her thumb out towards him. He rubbed his own thumb against it, already beginning to murmur words of invocation as he smeared her blood first on the bony forehead of the skull, then touched his own forehead leaving a crimson mark. As the power gathered around him, the oil lamps flickered and faded a little.

Minutes passed. The dry bone drank the bloodmark he had placed on it. The crystals of mana he held in his hand crumbled to dust and ashes. He stopped chanting and cocked his head to one side as if listening. He nodded his head once, twice.

“These are Varushkan bones,” he said slowly. He rested one hand on the skull. “This fellow here is Anastasia Gregorvia Scianova, and there is also Vuk Dusanovitch Sulich and Brata Dusanova Sulich his sister. There are more but it is very muddled and the spell is very weak. They died fighting the orcs, a long time ago - before Volodmartz was part of the Empire. Before there was an Empire even. I think - I get the impression - i think that they think died bravely fighting to protect - something.”

He put one hand to his forehead and closed his eyes.

“I would wager that there is half an army’s worth of skeletons here, maybe more. I would also guess - only a guess mind you - that the Thule destroyed whatever shrine was here long ago, long before the tavern was built, on their way south and west. They didn’t bother to despoil the skeletons - why would they? This is Varushka and the dead do not take kindly to having their resting places interfered with.”

“So worth preserving?” said Karinna, but it was clear from her calculating expression that she was thinking of something else. She glanced speculatively across the lake, toward the mountains, then looked quickly at Velzy to see if he had noticed. He pretended to be more interested in the bones.

“I would say so,” he said. “Certainly worth protecting from the hungry river, if that is possible. But not so valuable as to throw the lives of the living away.”

“These men and women died to protect Varushka; the least we can do is fight to protect their resting place from the rain.” said Karinna. She spoke confidently, as if addressing a crowd rather than talking to a tired volhov on a rainsoaked hill.

Vlezny spread his hands wide. “As you say wise one,” he said. “I will return in the morning to see what else I might find - there is an invocation to the feathered serpent that might find more pertinent…”

But she was no longer listening to him, and had turned back to give instructions to the two labourers. After a moment he shrugged both his shoulders and excused himself, keen to get back to the inn, and his warm dry bed.

A once-in-a-century storm has rumbled across the mountains between Varushka and Otkodov. In it’s wake, torrential rains and gale-force winds have made subtle alterations to the geography - and uncovered some intriguing opportunities.

The shortlist of these opportunities is:

You can read about these opportunities here → https://www.profounddecisions.co.uk/empire-wiki/Sowing_on_the_mountains