++STINGS LIKE THE TRUTH++ Winds of Fortune Summer 382YE

The Exarch stands in the library of the Chapterhouse, lost in thought. She looks at the framed document on the wall with a pensive stare. The silence here is deafening; in this, the inner sanctum, none but her and the most trusted of the Chapter ever venture. The books that line the shelves have never been read by the living; the Chapter will fall before they ever will.

She stares and thinks, until suddenly there is a clatter at the doorway and a guardian dressed in gleaming armour emblazoned with the chapter symbol - a finger to a mouth, a silent exhortation - stumbles through. They’re panting.

Have you seen, Zipporah?” It’s Lev, the Captain of the Chapter’s Guard. They’re clutching a set of papers in their hand. “Does this mean…?”

The Exarch turns. “I have seen.” She gestures to the parchment framed on the wall opposite. It, too, is sealed with the seal of the chapter. “I’ve made my assessment. Yes; this is a breach. The oath compels us. Virtue compels us. We act. You will leave with my chosen delegates tomorrow for Anvil."

Lev stands to attention. “Ma’am.” They nod quickly, their long curly hair bobbing oddly; it would almost be funny were the solemnity of the act not so clear. “Thank you.” They’ve got their breath back, and turn to leave.

“Lev.” They turn back. The Exarch speaks again. “If you fail, you know what it will mean.”

The guardian nods, grimly, and leaves their Exarch standing once again in the silent library.
Motes of dust spiral around her in the disturbed air, but she remains still, gazing once more at the oath before her.

All three of these are discussed in deatil here → https://www.profounddecisions.co.uk/empire-wiki/Stings_like_the_truth and I promise you easily 78% of what is said here is mostly true.

Oh! And it’s been pointed out that we should probably remind people that like Severin von Holberg, Livia Cascade is also not an NPC and please bear that in mind.

Credit to Oliver Facey for the (original) photo of a probably traitor stood in front of a John Haynes original, and to @Wrenna Robson for the text. 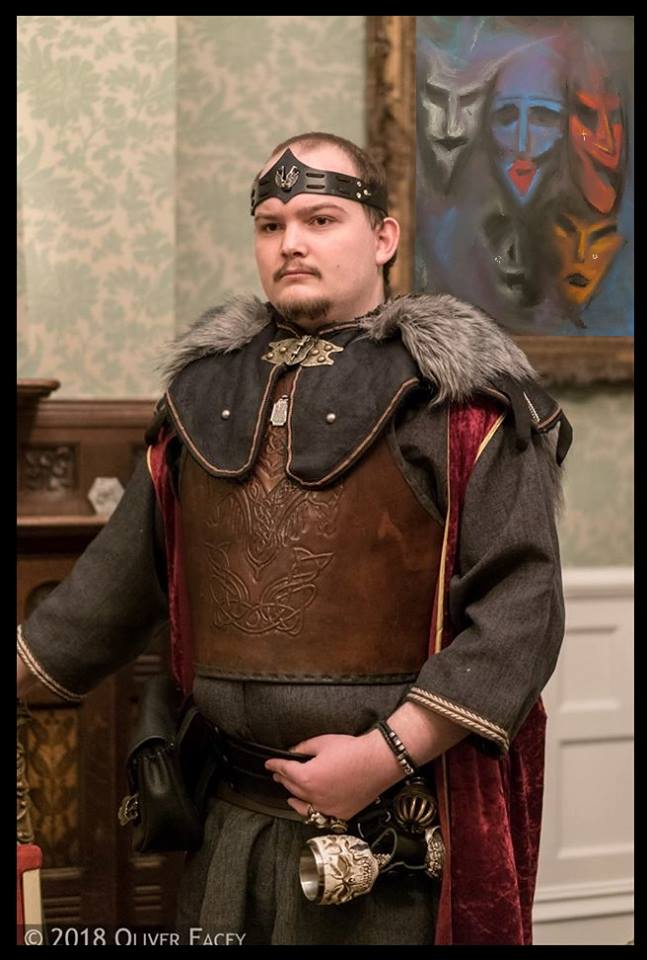