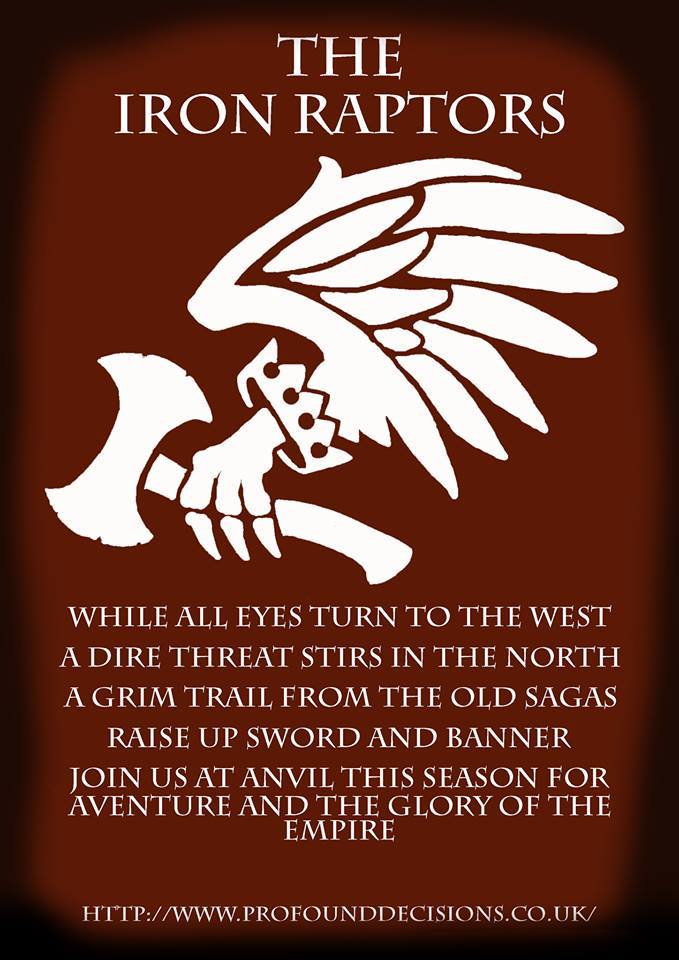 The Iron Raptors are looking for more hired swords for dangerous work that pays badly!

Abraham, the constitutional magistrate is quoted as saying “I will say that the Raptors are a dubious barely legal bunch and I would strongly advise any law-abiding citizen to stay well away from Ayrton Scalmere and his sodality. This gang of reprobates are always mixed up in some of the murkiest goings on in the Empire and it is never clear if their loyalties are to the Empire or the coin they’re being paid. Anyone who gets involved with the Raptors invariably finds themselves risking their life in some far flung corner of the Empire embroiled in the worst kinds of dubious intrigue. Sensible citizens will give them a wide berth and stay safe in Anvil!”