++THE PLACE YOU CALLED HOME++ Autumn 381YE Winds of Fortune 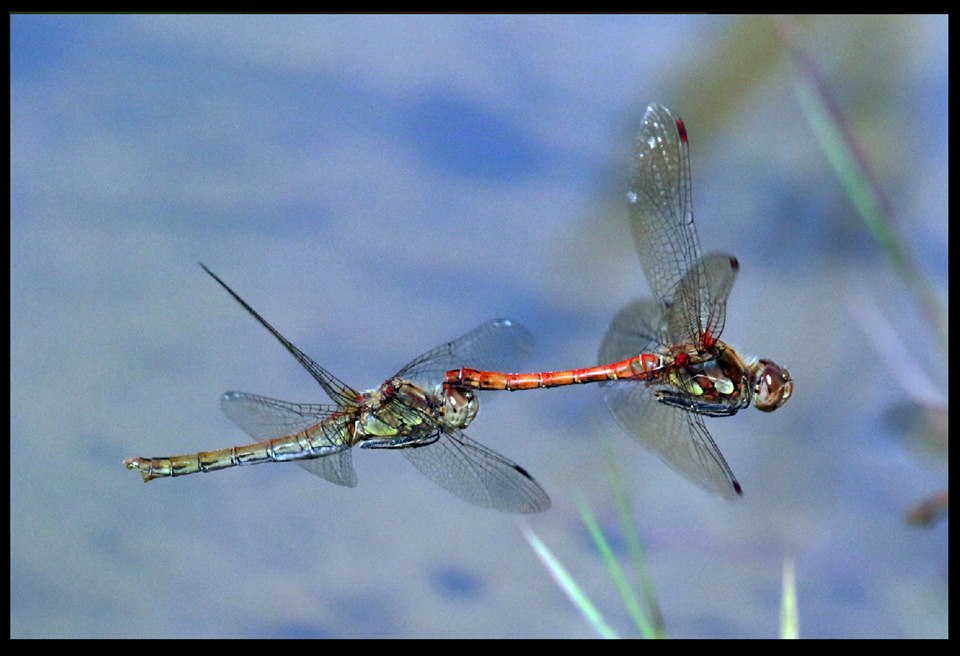 An early Summer evening in Therunin. The humidity was almost overpowering. Three-foot long dragonflies darted lazily hither and yon across the surface of the shallow lake, between the mangrove trees. The sky was darkening as the sun drifted with slow purpose down to the horizon.

Valak stood with his spear before him, unmoving. He had kept the same position since noon, sweat running in rivulets down his face. Two thousand spears stood in a broad circle around him. The only sound was the slow beating of the drum, the Speaker of Totems pounding out the slow heartbeat of the nation. Beyond the great ring of spears the rest of the tribe, and the elders, rested in the shadows beneath the great marsh trees, watching and preparing meat and fruit for the feast to come.

As the sun touched the horizon, the Speaker of Totems suddenly fell silent. Shaking with exertion, Valak raised his spear in a smooth motion, reversed it, and drove it point-first into the soft ground with a warcry that tore his throat, left him leaning on the haft of the spear, strength fled from his body. Behind him he heard the voice of his great-grandfather, speaking words of wisdom, but he was too exhausted and suddenly too drained to make out the words. He took comfort in them though - his tone was not angry, but resigned, gentle.

A thunder of answering cries. Each warrior in the ring roared as they thrust their own spear into the soil. Some of them fell to their knees, others leant against their companions for support. A storm of wings from the rushes, as dozens of pale marsh birds, startled by the thunder, took flight, scattering feathers and shadows.

Silence. Valak struggled to catch his breath, as his strength slowly returned to him. He had pins and needles, but he could not afford to show weakness at this time.

“I am here,” he said, as loud as he could. The spears echoed his words. “I am no longer a hunter of enemies, but a hunter of beasts. My warspear stays here as a promise, that when the leaves turn red I will return.”

The murmured words bounced back and forth around the spears, sussuration, some voices stronger than others. The ceremony complete, he stood a little straighter, throwing out his arms.

“We are here,” he said, with more confidence. He could feel his great-grandfather’s hand on his shoulder, giving him strength. “This will be our place, at least until the season turns and the leaves change. We shall make a home here, beneath the trees.”

A ragged cheer, and then the Speaker of Totems began to beat out a more energetic rhythm. The people came out from among the trees, many of them bearing garlands of leaves and vines. They helped the warriors to shed their armour, cast aside their shields, laid the wreaths upon them, and passed gourds and buckets of water and rough beer, and platters of food around.

As the festivities began, Valak looked off across the lake to wear a massive white heron was eying him grumpily. He smiled, tired, but happy, already beginning to think like a hunter and a chieftan rather than a warrior. "We will do well here, he thought. “For a time, at least, we will do well here.” And then his wife was there, laughing, and embracing him, and dragging him through the forest of abandoned spears to sit in the cool shade beneath the trees of their new home.

A treaty has been agreed with the orcs of the Great Forest, currently living as refugees in the Navarr territory of Therunin. This treaty has been a year or more in the making (you can find more details here → https://www.profounddecisions.co.uk/empire-wiki/Accept_Orcs_of_the_Great_Forest_treaty ).

The most pertinent point is that the orcs will live as guests of the Empire in the territory of Therunin. You can learn all about it, and the various opportunities it creates for the Empire and the Navarr especially, here → https://www.profounddecisions.co.uk/empire-wiki/The_place_you_called_home

There are several distinct options there, as well as a section at the bottom that gives a few guidelines for Navarr wanting to roleplay a relationship with the orcs - and their weird briar buddies.

Photo is some common darter dragonflies (no doubt they have left their flat caps and racing post at home): by Charlesjsharp (Own work, from Sharp Photography) [CC BY-SA 4.0 (http://creativecommons.org/licenses/by-sa/4.0)], via Wikimedia Commons

Are the Great Forest Orcs&Friends available as a playable culture?

I mean, they’re inside the Empire’s borders, they’re a distinct nation…

Given that it would likely meaning releasing info onto the field like the answers to:
“Just what IS so creepy in the Forest of Peytaht?”
and
“So, have you got Freedom Heretic Briars living with you?”

I suspect the answer will be no.

I think I can say with almost no doubt that you should expect a strong “no” on that one.

For one thing, they’re still foreigners, not Imperial Citizens.

“We’ve also got a couple new options for the Therunin orcs following a request from Yosuf of the Shattered Tower. You can read about them here → https://www.profounddecisions.co.uk/empire-wiki/The_place_you_called_home#The_Bounty_of_Reikos”