++TO FOOL THE CROWD++
Shortly after the Autumn Equinos, the Freeborn Storm limps back to the shipyard at Atalya. Many of their warships are battered, and need time in drydock. Their crews are exhausted, bloodied, and keen to spend a season recovering from their campaign against the Grendel. They are welcomed by the people of Atalya; an impromtu street party is organised to honour the mariners who showed such courage against the southern barbarians - and to celebrate those who have not returned.

They are followed three weeks later by the entire Grendel armada.

The naval force is vast, perhaps five times as large as the Freeborn Storm. There is very little warning; a desperate winged messenger from Glass Point in Sarvos, and garbled rumours of sightings by fisherfolk along the north-western bay. They ignore Calvos Sound, cutting straight across the bay to Free Landing.

The Shining Pillar falls almost immediately; the Grendel barely pause before sweeping south across the islands. Resistance is decisively crushed, but the smaller settlements are clearly not what the armada is here for. They are here for Atalya, the birthplace of the Brass Coast.

The waters around Atalya are treacherous, the channels difficult to navigate if one does not know the secret locations of the obstacles that rest just beneath the surface of the waters. The Grendel do not seem to care; rather than attempt a direct approach to the port itself, their ships spread a wide cordon around the island and disembark several thousand orc warriors on the northern beaches.

The orcs, marching under the banner of a sinuous black eel, attack the port from the landward side. At the same time, Grendel magicians and engineers begin to map out the harbour defences in small boats, their great warships providing covering fire with crossbow and ballista from any Freeborn ships that attempt to stop them. The crimson and gold sailed navies inch closer to Atalya, while the ships under emerald sails maintain the cordon.

There is a small militia in Atalya, but it is not enough. The sailors of the Freeborn Storm do their best to hold the town, but they are quickly overwhelmed. Two hundred Navarr soldiers of the Black Thorns,valiantly attempt to support the garrison but they know their cause is hopeless - and there is nowhere to fall back to. The fighting lasts less than eight hours before Atalya is in the hands of the Grendel. That night, the eastern horizon is lit up by a ruby glow, visible across the Madruga coast. The shipyard is burning. The Freeborn Storm is burning.

Morning sees a great black cloud hanging over the islands, which slowly breaks up over the next several hours. The town itself is mostly undamaged, the historic buildings still standing, but the shipyard and the navy are both embers and ashes, burnt to the waterline.

A few manage to escape the island, several on the fast ships belonging to a lone Marcher mariner from Mournwold who had chosen to spend time with the Freeborn Storm at the shipyard. They evade the Grendel cordon, and bring news of the fall of Atalya to the mainland, to Quzar and to the Black Thorns. A week later, the Grendel follow them and lay seige to Quzar. By this time, the swift soldiers of the Black Thorns are in position, but between the army of the black eel, and the marines from the Grendel armada, they are able to do little more than delay the inevitable. The Thorns have been reduced to breaking point by heaving fighting in previous campaigns; once the extent of the Grendel forces becomes clear they are forced to retreat back the way they have came. Perhaps five hundred more Navarr give their lives holding the barbarians back, before they bow to the inevitable.

Atalya, Quzar, and Midport all fall to the Grendel, along with several other smaller villages and family estates on the islands, and along the eastern coast. The conflagration that consumed the shipyard at Atalya, and destroyed the Freeborn storm, is not repeated. The Grendel crush any resistance, but they loot anything of value they can lay their hands on. They seem more interested in trade goods than slaves, but some of their captains relish chaining the Freeborn and the few Navarr soldiers who are taken alive.

A fortnight before the Winter Solstice, the light of the Shining Pillar goes out. An hour later it re-ignites but the flame has changed. Rather than a clear white light that calls the Freeborn home, the beacon burns a rich purple colour. The Bay of Catazaar belongs to the Grendel.

++GAME INFORMATION : MADRUGA++
The Grendel have conquered the whole of Free Landing, from Midport in the south to the islands north of the Shining Beacon. They have destroyed the shipyard at Atalya, and burnt the Freeborn Storm to the waterline. Some of the ships and sailors may have escaped, but the navy itself has disbanded. Admiral Edgardo i Ruiloba i Guerra has lost the title Admiral of the Freeborn Storm.

The Black Thorns have been severely damaged by their attempt to help the Freeborn citizens. If they had not been using the give ground order it is likely they would have risked being disbanded as well.

The Grendel have alsoconquered the eastern coast of Lightsea, and sacked the rich port town of Quzar. This has impacted the taxation provided by Madruga, but it is not as bad as it could have been - Siroc remains untouched at this time. They have made significant headway toward claiming the entire region.

Last one of the evening, promise. Last proper Wind of War for the current cycle. Tomorrow morning we’ll put the Major Conjunctions up and then it’s full steam ahead for Winds of Fortune!

Picture is from Beth who apparently occasionally gets into trouble for setting fire to the grass.

I’ll give the last words tonight to Admiral Edgardo i Ruiloba i Guerra of the Freeborn Storm:

“We rolled the dice and they were against us, but our losses were not in vain. We helped save many hundreds of our friends on the land. It’s been a tough season and now it’s time to head home and put to port. We’re going home. As an aside, this will be my last group of orders. I shall be standing down as of next year. It’s been an honour and a privilege to command you courageous lot, and I am proud of you all. Farewell.” 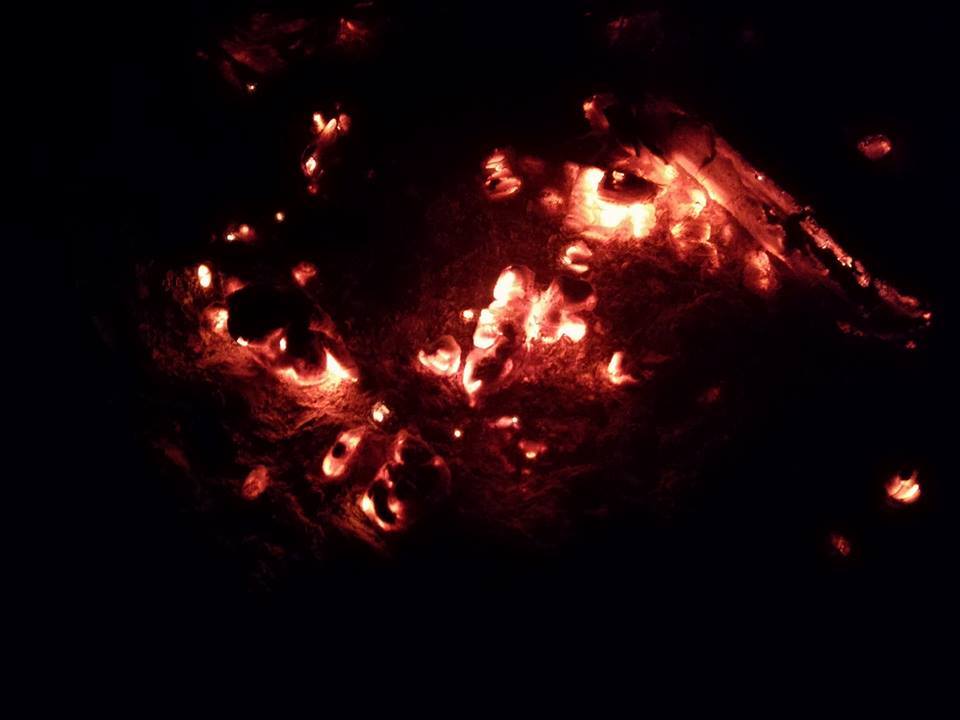 May I be the first to say…

My response to this one can be summarised “ooooooph” yup that’s a kick in the guts and no mistake. Up there with “we’ve lost Reikos” as a moment in the history of the game. Should make for a lot of game and angst on the field.

Oh yeah. I remember hearing that we’d lost Reikos. I was still playing in Dawn, and I was angry at a herald(?) for some reason (almost certainly deserved) and was angrily demanding information and then the news came and I deflated like a balloon and everything stopped for a while while we processed it all. I never found out what happened to that herald, it didn’t seem important.

My chapter is from Reikos, we got the very special honour of bringing the news that we’d lost Reikos onto the field. We arrived in Anvil on Friday night, soaked in bloody and with traumatic wounds. It was simultaneously awesome and awful.