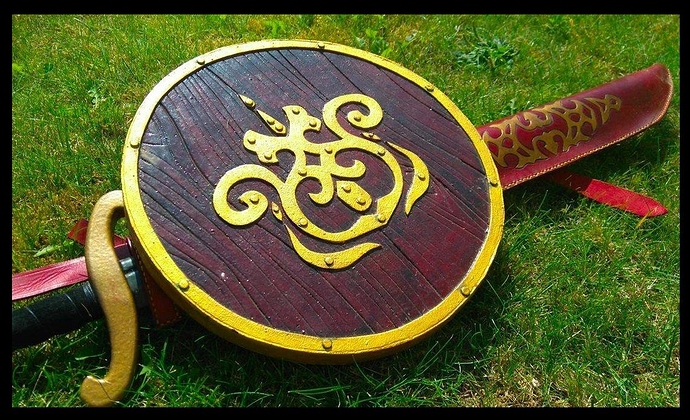 The Freeborn Storm - the grand Imperial navy - arrives in Redoubt like a comet from a clear sky. Supported by independent Freeborn and Navarr captains, and by several vessels from other nations, it assaults the beaches of Naris with the intention of driving out the Grendel insurgents who have captured several of the southern spires. Supported by the garrison of the Court of the White Fountain, the kohan and corsairs engage in a spirited campaign to liberate as many Urizen, and kill as many orcs, as they can.

The orcs are not prepared for such a concerted attack - without the support of their own armies, they are swiftly overwhelmed by the Freeborn tide. Spire after spire is liberated, until a final vicious battle takes place at Evenstar, the base-of-operations for the Grendel invaders. Rather than engage in a lengthy siege, the Freeborn Storm and their allies launch a full-frontal assault against the hospital. It is easy to see how Evenstar fell to swiftly to the Grendel - it is a spire built to encourage healing and convalescence, not to defend against a naval assault. Beautiful gardens are no substitute for stout walls.

In addition to the orcs, there are a dozen or so freakish creatures of the Spring realm defending Evenstar - hulking humanoid horrors with cruel serrated spears and gaping maws full of razor teeth. Heralds of the eternal Siakha, they are dangerous and hard to kill - striking devastating blows with their barbed weapons - but they do die eventually. Their presence is not enough to stem the tide of Imperial attackers and within a few hours the spire - and its associated Spring regio - is recaptured.

The Grendel took many slaves during their initial invasion. Sadly, few of those slaves remain to be liberated - a significant number have already been carried away across the Bay of Catazar to who-knows-what dark fate. Tragically, among their number are most of the Urizen healers and physicians that made Evenstar a place of powerful healing, as well as perhaps as many as a score of wealthy patients from various parts of the Empire.

Of possible interest to the liberators is news that several Grendel ships - not war vessels but fast pirate ships - were supplying Evenstar in the months since its capture. They took many slaves away with them, and several treasures from the captured spires of southern Redoubt. Some of the Urizen have an interesting story to tell their liberators. Several of them were pressed into service unloading these swift Grendel pirate ships. They report that in addition to the expected cargo - weapons, armour, food and drink - but there were also occasions when they were restricted to their barracks, and the Grendel soldiers unloaded the cargos - on each occasion, it is believed they were bring in wains of building materials. Yet there is no sign of this phantom cargo anywhere liberated by the Freeborn storm.

At the same time the Imperial navy is mopping up the Grendel defenders in the south, the Northern Eagle is hard at work repairing the roads and bridges in the north. It is perhaps fitting that a Varushkan army is at work rebuilding roads damaged in the recent turbulent storms - the folk of that northern nation are known for their roads after all. They have made good progress - another season and the essential infrastructure should be rebuilt sufficiently to allow smooth passage through the territory again.

The Granite Pillar are also present, taking defensive positions in the north and around the Court of the White Fountain, ready to resist any further potential invasion by the southern orcs. They offer assistance to the Northern Eagle - but it proves unworkable to employ both forces on the task at the same time.

The Freeborn Storm have liberated the spires captured by the Grendel during their recent invasion - the victory points in Naris accumulated by the southern orcs have been neutralised.

The Northern Eagle is half-way through the task of repairing the roads and bridges in Redoubt. As detailed in last season’s Wind of Fortune, it will take another season of work by an Imperial army to completely restore movement through the territory. While an army with the Siege quality could have repaired the roads in one season, it is not possible for two armies to combine their efforts to match that speed.

Winds of War in the house! Woo yeah! And several other enthusiastic phrases nobody has said since the mid-90s.

You can read this first Wind of War on the main wiki here (https://www.profounddecisions.co.uk/empire-wiki/381YE_Summer_Solstice_winds_of_war#Unfinished_Business_(Redoubt)). The rest of the Winds of War will go up over the course of today, and you can read through them all on the main WoW page for this event (https://www.profounddecisions.co.uk/empire-wiki/381YE_Summer_Solstice_winds_of_war)

The photo is from Daisy Prout.