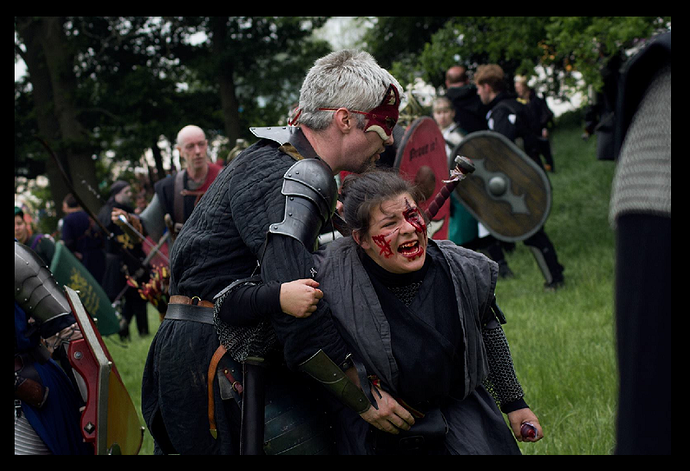 A little over a month after the Spring equinox, desperate messages began to dance across the heliopticon. Reports claim there is an orc force in north-eastern Zenith, in the forests of Lustri. Reports of orcs in Lustri are not new - the region is sparsely populated after all. There is clearly something more serious at work here, however. The most coherent report comes from Gatherwood Spire, which stands near the southern banks of the Feverwater. The spire’s isolation means they have a lot of practice using the heliopticon, sending messages quickly and efficiently. Before all contact is lost, they calmly inform the rest of Zenith that an “overwhelming force of orcs has come south from the Malum. Impossible to count. They are everywhere.”

Bit by bit, Lustri goes silent. A week later, the same messages begin to fly from the spires of Occursion.

By this time the Urizen sentinels have rallied … but they are horribly outnumbered. Whatever force is moving south through Zenith appears equally adept at fighting in the hills and peaks of Occursion as in the forests of Lustri. Eyewitnesses report thousands of orcs, marching under Druj banners, storming the spires of eastern Zenith. Each spire is given one opportunity to surrender. If they do not take it, then when the Druj overwhelm them one in five of the residents are brutally murdered, while the spire is looted and then burnt to the ground. The slain are impaled on spikes, left for the birds as a stark warning to others of the futility of resistance. As the true scale of the threat becomes clear, many choose to flee before the Druj arrive. The orcs make no effort to catch them, happy to let them run and spread panic.

It is not just the spires that are their targets. The Starlight Drift is claimed, as is the Tower of the Fall, Origen’s Rest, and a dozen other key mana sites, mines, forests, and especially herb gardens.

The defenders fall back to Endsmeet, only to discover that the spire is burdened with refugees seeking shelter. The resources of the magicians there are stretched to breaking point… and then the Druj arrive. Panic spreads. The magicians of Endsmeet try to rally the defenders, but to no avail.

The apparent commander of the Druj forces - an orc woman who stands beneath the banner of the basilisk - offers no opportunity to surrender. Instead, Druj catapults begin to fling balls of burning pitch against Endsmeet, and the Druj attack hell-bent on slaughtering everyone within. As the attack begins, the skies shift and change above the spire - a pall of obscuring night magic begins to spread across the entire territory.

The valiant defenders manage to buy enough time for many of the populace to flee, but the spire itself is gutted by fire. The library burns, the gardens burn, the towers are broken and defiled. Bodies scatter the elegant walkways like so may fallen leaves.

The survivors flee west, across the fields of Proceris.

+++GAME INFORMATION+++
Lustri has fallen. Occursion has fallen. Proceris is under attack. The spire of Endsmeet has fallen…

The Druj take two regions of Zenith and are about a tenth of the way toward taking a third. The Druj (presumably) have raised a powerful Penumbral Veil over Zenith, a night magic effect of magnitude 38 (according to the magicians of Zenith). What else they might have done is impossible to say at this point - there are no reliable reports of activity in the regions the Druj have conquered, and nobody in a position to get any before the summit begins.

Any character from Endsmeet is free to roleplay they were present during the defence, but they will have been forced to retreat before the spire fell. Any such character who wishes to have died at the hands of the Druj is of course free to do so. Furthermore, while we don’t track personal resources by region, if any character from Endsmeet wishes to roleplay that their personal resource has been captured or destroyed by the Druj, they can e-mail Profound Decisions and we will allow them to change to a new rank one resource without the usual two-crown transfer fee.

The sinecures “Starlight Drift”, “Tower of the Fall”, and Origen’s Rest provide their usual production before this event, but going forward will produce nothing. The characters who had the titles associated with these sinecures retain those titles, and will start receiving production again if the regions are liberated from the Druj if they still have the titles (assuming the Druj do not repeat their tragic demolition of the Great Pits of Ennerlund, of course).

And after pudding, perhaps some cheese and biscuits…

In addition to Dawnguard, it looks as if the Druj orcs have launched a large-scale assault on the Urizen territory of Zenith. They’ve destroyed several spires, captured some sinecures and other resources, and generally acted like all-around bad eggs.

The Fire of the South dodged a bullet there - a horrible poisonous bullet.

You can read it on the main wiki here → https://www.profounddecisions.co.uk/empire-wiki/381YE_Summer_Solstice_winds_of_war#Valley_of_Darkness_.28Zenith.29

That’s the last Wind of War for tonight - tomorrow morning I’ll probably post up the “Major Conjunction” Wind of War (and fix all the broken links on the last couple that I am too tired to fix tonight), but there are no more orc attacks. Promise.

The picture is by Beth, and apparently it is full of emotion and that which is why she recommended it.

OH NOES THE DRUJ HAVE BETRAYED US!!!
WHO WOULD HAVE EVER THOUGHT.
(The sarcasm is so thick you can spread it on toast)