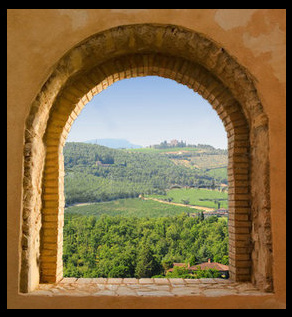 The tall Urizen teacher stared forlornly at the box on his desk. He tried to summon up the enthusiasm to put the leather bound book he held into the box but he just couldn’t manage it. His heat would not let him.

He still couldn’t quite believe it was coming to this.

“It still feels wrong.” He said it flatly, with only the smallest indication of supplication. They’d been through this already. Another time wasn’t going to change anything. Still, he felt he had to say it. “Leaving now… it just feels wrong.”

His partner of thirty years came back into the room through the high arch, with the habitual bobbing movement that antlers had long ago made reflex. Even after all this time he had not really become accustomed to the high ceilings common to Urizen architecture. The light spilling through the open window fell across his face as he entered, catching the expression for a heartbeat before he was plunged back into the shadows of the library - dark and cool even on a hot Summer day. He was smiling, but his expression conveyed sympathy and sorrow rather than joy.

“No-one wants to leave,” he said gently, not quite touching his husband’s arm. “No-one.”

He leaned down to pick up another heavy box of books. His words hung heavily between them, weighted with inevitability and acceptance. He met his partner’s gaze for a moment, his eyes full of understanding but also of resolve.

“We have to think of the children,” he said quietly. He didn’t need to say more. They both knew what would happen if…

The teacher closed his eyes, trying to shut it all out. He heard his husband stride out of the room again into the busy courtyard, saw him in his mind’s eye ducking his head as he always did. He reached out a hand, steady despite his sadness, feeling for the edge of the box.

Eyes still shut, no time for tears, he placed the book reverently inside and carefully closed the lid.

With a heavy heart the Academy, the premiere institution for training the heroes of tomorrow, has quit Canterspire in Morrow and moved its faculty to Astolat. The move has been on the horizon for a while now, but the invasion of the Druj has removed the luxury of procrastination.

The transfer has been smooth, but there is one loose end that nags at Lady Griffonsbane, the new Chancellor - the matter of the Dean of Pilgrims.

You can read all about it here - https://www.profounddecisions.co.uk/empire-wiki/The_arch_of_the_door