+++THIS MIGHT BE YOUR BATTLE+++
Carissa came out onto the deck behind the house in search her husband’s father. Gan was leaning against the back wall of the house, his arms folded, glaring out at the sea, brows thunderous, occasionally sipping his syrah.

She waited to see if hed noticed her and when it was clear he hadn’t, she touched him on the arm gently to attract his attention. He started slightly, then smiled when he saw it was her.

“Are you alright?” she signed carefully.

Gan nodded. “Too many people, all talking at once, all shouting. I thought I would come outside until they all calmed down.”

He glanced at the sea, in that way he did whenever it was in sight, as if to check it was not creeping up on him. When she had first met him, it had struck her as odd. She’d known Gan was from the west, and she knew his people feared the sea, but she’d never thought about how difficult it must have been for him to come here, to Cazar. Haime - her husband, his son - said there was a family legend that Gan had only been able to make the crossing from the mainland by getting drunk out of his mind and that he’d spent his first week in Cazar hungover, refusing to leave the house or even look out of the windows. It did not make life among the corsair families particularly easy - and there was no way that someone as adept at reading lips could fail to realise how often the subject of snide comments from his neighbours.

“What do you think?” she asked him.

Gan furrowed his eyebrows. Carissa secretly loved his eyebrows and was sometimes disappointed that Haime had not inherited them. He could communicate more with his eyebrows than some people could with a ten minute speech. First they pulled together, then they moved up and out, then back together, then he arched one, huffed, and finally said.

“Are you sure you want to know?” his hands were a little hesitant.

“You should burn them all,” he signed matter of factly, and then followed up with a flurry of signs she couldn’t follow. She understood less than half of them, and felt a rush of shame at her own lack of understanding. Before she could say anything, though, he seemed to sense she was upset and stopped. He shook his head as if shaking something off and began again more slowly.

“You should hunt them back to where they live, and burn their boats. For every one of your people they have killed, you should kill five of theirs. They need to know that they cannot come here and hurt you without consequence.” His hands fell still then for a moment, and he looked at her his expression hard to read, his eyebrows still.

“They think they are strong, and that that means they can do whatever they want.”

There was a fierceness in his movements, and for a moment she wondered whether the neighbours who mocked him for his fear of the sea would be so quick to jibe if they saw the fury that rose within him at that moment. Then he stopped, his hands still and open, and for a moment she saw something in him she’d never really seen before, a sadness, an old pain, a memory of something. He looked past her, without blinking, for a few moments.

“Because it is virtuous.” she agreed. He laughed soundlesly.

“No,” he signed. "Because if you take their slaves away they will have to mine their own damn salt and they will hate it!

+++GAME INFORMATION+++
The Grendel are overconfident, but they may also be overextended, certain in their control of the of the Bay of Catazr. Thanks in part to a statement of principle in the Freeborn assembly, an opportunity has developed that will allow the Empire’'s captains- both fleet and military - to launch a raid against a key target in the Broken Shore.

You can learn about this opportunity to free slaves, take rvenge, bloody the nose of the Grendel, and perhaps more… here → https://www.profounddecisions.co.uk/…/This_might_be_your_ba…

It’sa slightly more complicated opportunity than usual, needing both fleets and military units, but if the Empire can pull it off it may well have quite a significant impact on the Grendel. 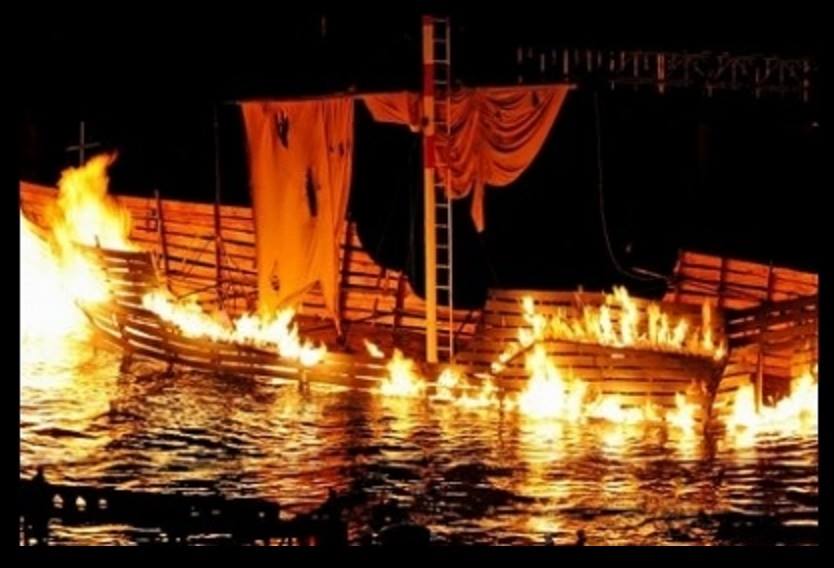