His voice trailed off as he stared at the immaculately dressed young girl sat in front of him. How in the name of all that was virtuous had he let himself get backed into this corner? His entire company was due to set sail in an hour and instead here he was explaining himself to this jumped up brat! She had some bloody nerve coming in here telling him what to do.

"You seem to have confused Loyalty with Prosperity… " She paused just enough to diminish the title before she finished. “Captain”.

She spoke in a calm voice - like the Little Mother priest who had first taught him how to count. It struck him how ridiculous it was that a girl less than half his age was schooling him in his own business. Rigs was going to be standing guard for a month for letting this bloody woman in here.

“Yeah Prosperity - that’s what I meant. We’re fighting for the Asaveans and that’s hard work and they’re paying us and that’s prosperous.” He nodded his head up and down to add some emphasis and certainty to what he said. He was pretty sure he had the right virtue now, so hopefully that would shut her up.

It did not shut her up. “Prosperity teaches us to despise the thieving bandit and those who take without giving. There is no place for slavery in the Path of Prosperity… nor for those who support it. Prosperity is a Virtue, not a pile of gold.”

The captain stared slack jawed at this woman. He wasn’t sure but he thought she had just called him a thief. Incredible - here in his own tavern! Well, his brother’s tavern technically - but it sort of belonged to the whole Free Company really.

“Look woman - what did you say your name was? Henrietta?”

“Bishop Henrietta” she corrected him.

“Right. Yes. Look - bishop. The law’s on our side. The law says we can do as we please. No-one can stop us. My company can sail to Asavea and it’s nobody’s business but our own.”

“That is almost correct captain. The law does grant you the right to serve the Asavean slavers if you choose. But when I publish my list of the activities of Holberg’s Free Companies I believe you will find that your business is of interest to a great many people.”

He stared at her… he’d badly underestimated this bishop - been too slow to see where all this was going but the threat was out in the open now, like a drawn blade. He leaned back in his chair so that his right hand naturally fell below the height of the table as he weighed his options. His eyes flicked left and right looking to see who else was in the tavern… and that’s when he finally noticed that the two drunk bravos who had come in here with the bishop were now sober as a prince and had militia symbols hanging off their belts. No way they were wearing those openly when they came in… not even Rigs was that stupid…

He closed his eyes and silently cursed as the ring finally dropped… Rigs was going to be standing guard for the rest of his bloody days.

+++GAME INFORMATION+++
War began in Asavea. The Plenum called for Imperial mercenaries. The Synod… well the Synod had some pretty sharp things to say on the subject, and now its time to talk about the consequences of those words.

The Synod is uniquely placed to affect the situation in Asavea thanks to their temple there - but they’re also position to have an impact closer to home.

You can learn about their options - and a way for the Senate to take back control of international diplomacy at least in a small way - here - https://www.profounddecisions.co.uk/empire-wiki/Wages_of_sin 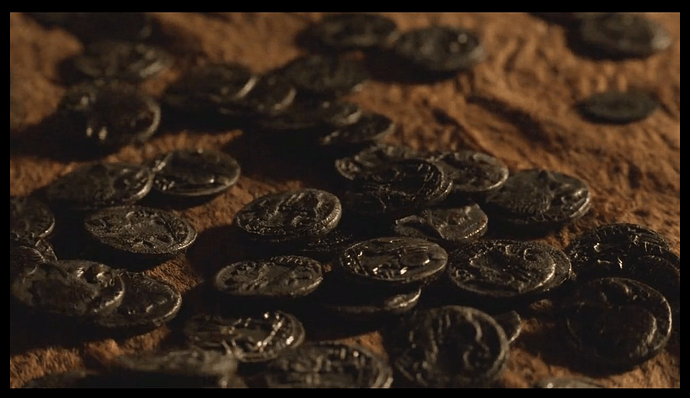