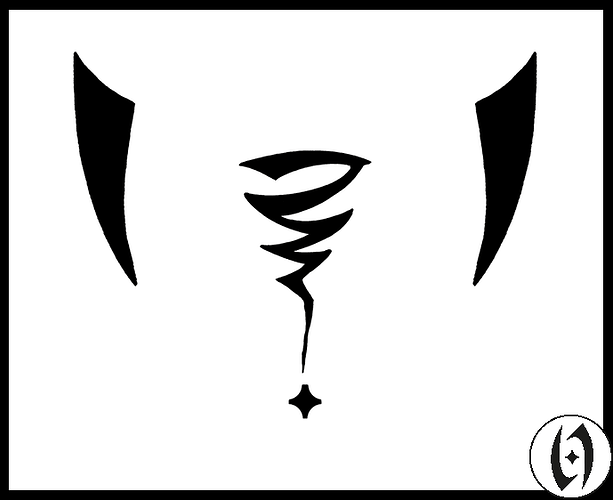 Neither of them had said anything for several minutes when Kejek broke the silence. “So. What does it mean then.”

Eft made a face, he’d been hoping to avoid this kind of question. “I think, I guess. Well for a start it means that we can talk about ancestors, and the Howling Abyss, and that without anyone being able to accuse us of, you know, any sort of religious crime.”

“We could do that anyway though, surely” said Kejek, unconvinced.

“Well technically no.” he said. He struggled to articulate his thoughts. “This doctrine means that the Synod has agreed that they think its true. What we know, I mean.”

“Well it is true,” said Kejek.

“Yes of course it is, but now the rest of the Empire has said it is too, and not just them. There’s people all over look to Bastion for guidance and now they’ll know it too.”

“People.” he waved one hand vaguely southward. “Far away people. Humans, in other lands and the like.”

Eft looked away. Yantl had paused to wipe his brow on the cloth wrapping his wrist. He shrugged his leather tunic off, and went back to chopping. The other two orcs watched him in companionable appreciation for another few minutes.

“Actually, I think its more than that,” said Eft suddenly. “I think it means that we can talk about, you know, your grandad, and Stormcrow Kallendar, and, like, Irontide Bruk if you have to. As ancestors. Without anyone being able to tell us to stop.”

Kejek stretched behind her and helped herself to a handful of nuts. “What about Thrace?”

Eft made another face. “That’s where it gets tricky. He’s been declared an exemplar of Ambition but according to one of the preachers I spoke to, there could be some issues.”

Kejek laughed. Yantl looked over, surprised. She waved her hand at him and shouted over to him to get back to work and put some back into it.

“‘Issues’ you say. I bet there are! Mind you, I always thought he was more brave than ambitious. When I hear one of his stories he makes me proud. Everyone says he was pretty loyal …”

“Not wise though,” interjected Eft. They both laughed.

“No not wise. Wait is this heresy?”

She meant it as a joke, but Eft immediately stopped laughing. “I don’t know,” he said wretchedly. “It’s … there’s so much bollocks to try and get your head around.”

Yantl buried his axe in the stump with an edge of finality, draped his tunic over his shoulder, collected an armful of cut logs, and started to head back to the house.

Kejek watched Eft out of the corner of her eye for a moment. He was clearly unhappy. She shook her head resignedly, and made a decision.

“Right!” she said, slapping her knees. “Tomorrow we head into town to ambush some preachers and we won’t let them go until they’ve answered all our questions. We’ll make Yantl get up early and sort the wagon. We’ll bribe him with ribs.”

“Ribs!” said Yantl enthusiastically as he approached. “I like that idea. Someone cook me ribs - I’ve been working up an appetite while you two’ve been sat on your arses gabbling!”

He stomped up the steps past them. Kejek followed him inside, bantering good-naturedly. Eft remained on the porch watching the stars came out. He pulled out a handful of his necklaces, quickly sortin gthem until he found the wooden labyrinth Yantl had carved. He traced the design with one finger, but he could not settle. Finally, with a sigh, he stood up and followed the others inside, hoping that tomorrow someone would be able to help him make sense of his confusion.

You can read all about these opportunities here → https://www.profounddecisions.co.uk/empire-wiki/Seize_the_fire

The picture is the symbol for the Howling Abyss proposed by the Imperial Orc Assembly, and designed by Gralka (Steph Morris).

I hope it’s not breaking forum etiquette to get deeply hyped on a WoF thread, because I’m deeply hyped.

You can totally hype. Hype is what it’s all about.