++WINDS OF FORTUNE, SUMMER 382YE++
I’m just about to start putting the first Winds of Fortune for the Summer Solstice event live here. Many of you are old hands at this, but for the newcomers (welcome newcomers) I’ll explain what is going on.

Over the next few days we’ll be publishing WInds of Fortune. These represent events and situations across the Empire that people can know about as they go into the event. Some are of almost universal interest, while others are specifically interesting to one or two nations or even territories.

You don’t have to read all of them! We have a main page for each event (you can find the Sommer Solstice page here → https://www.profounddecisions.co.uk/empire-wiki/382YE_Summer_Solstice_winds_of_fortune which we use to list all the Winds and try to make it easier for people to work out which ones they want to read by tagging the people most effected.

How much or how little of this information you choose to know in character is up to you. Part of the purpose of Winds of Fortune is to maintain the illusion of the Empire as a living, breathing place where things happen - and to make players aware of things their characters ‘should’ know based on what their roleplaying says they have been doing for the past three months.

The other main purpose is to seed plot into the game before we start that anyone can try to get involved with. There’s lots of different types of Wind of Fortune. Some talk about quests, others discuss diplomatic situations or suggest things that the Synod, Senate, Conclave, or Military Council might try to do during the coming event. Others explain one-of or lasting changes to the game, or expand on events that have arisen due to actions players have taken at previous events.

Most winds of fortune open with a short section of in-character text. In all cases, these pieces are intended to help create an atmosphere and provide a little entertainment. Where they contain opinions, those are the opinions of the fictional people depicted - and where they contain information or rumours the assumption is that the reader will create their own context for that information or gossip. They’re mostly just a bit of fun and they tend not to contain anything vital to the understanding of the Wind of Fortune.

There’ll also be a summary of the important facts, and a link to the actual wind itself on our wiki. The Forum crew usually copy them across to the Forums (https://forums.profounddecisions.co.uk/) as well, so you can read them there if you want something a bit less Facebook-y.

As always, while we’re happy for people to react to the Winds, we do ask that folk save their actual roleplaying for the field rather than doing it on facebook. Cheers.

We’re later than I would have liked, but the first Wind of Fortune should be live in about twenty minutes after which they will appear at irregular intervals today and probably finish up around Wednesday or Thursday.

The Photo is by Beth and for purposes of this post it represents the sun coming up bright and early over the tents at Anvil. 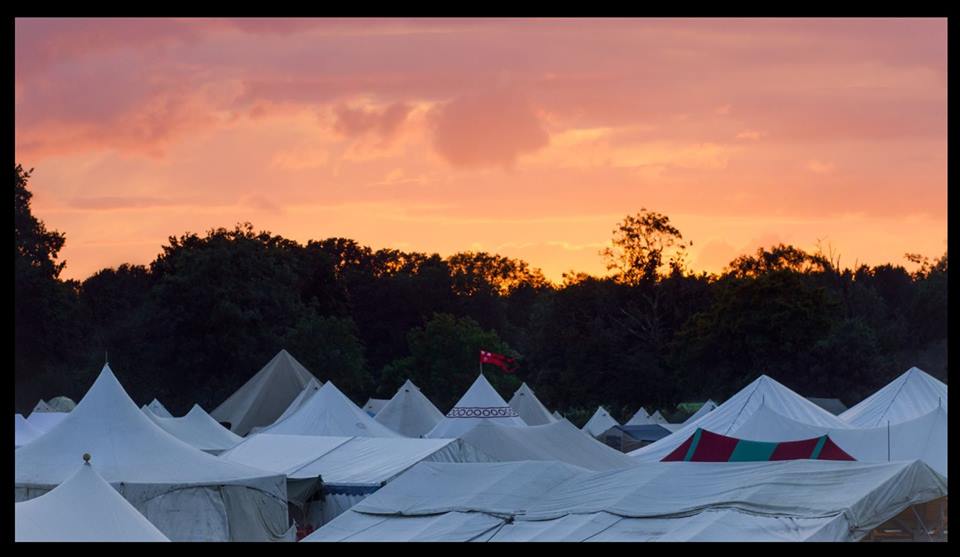