++Winds of Fortune Winter 380YE++ A Matter of faith 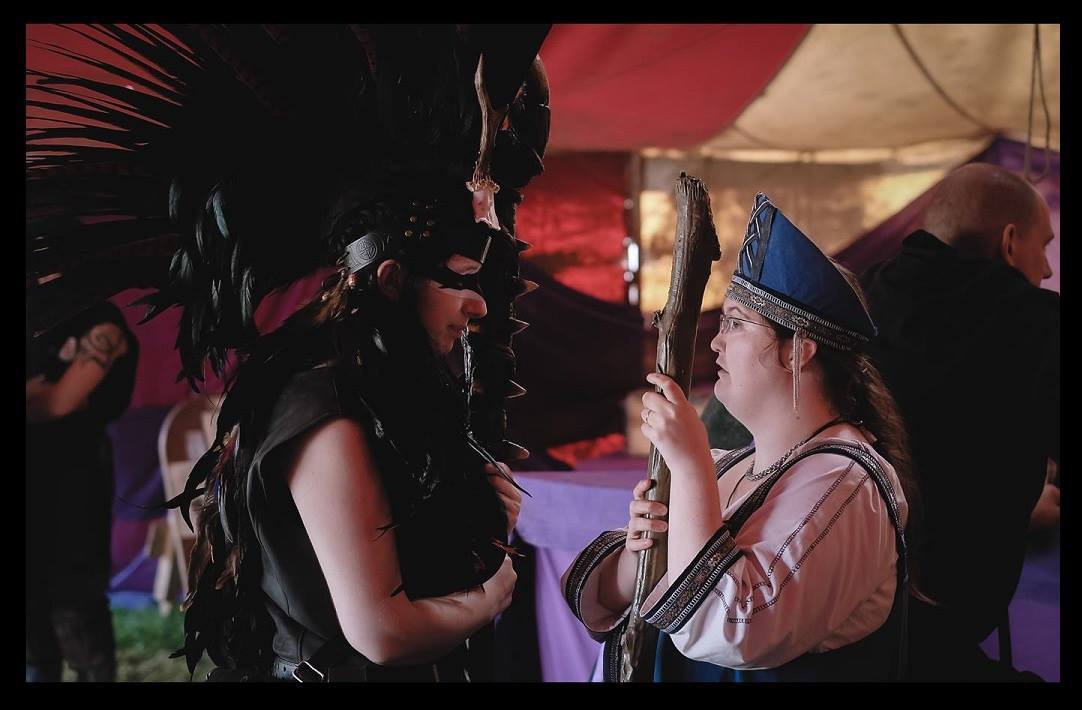 The old crow stared at the spot of blood on the cloth. Without really thinking he dabbed it to his cheek again, though the bleeding had long since stopped.

He reminded himself that it wasn’t really Arja’s fault. The young Frayed had been wearing a ring, when they had swung the blow and the stone had caught his cheek, that was all. Harri could remember telling Arja to keep it - the only heirloom from their family that they had kept. “Just because your skein is frayed, doesn’t mean it’s cut.” he had told the warrior. “If you’re going to find a way to fix it - then remembering your mother is the best place you can start.”

It was still the right advice, he mused. He thought of old Ella who had given him his feathers. “Being a crow’s a burden” she used to say. “Helping people is painful. Sticking your nose in other folks business? It’s like putting a stick in a hive. Everyone respects a crow… right up until you tell them what’s what. That’s when the lake freezes over.” He smiled ruefully - he missed Ella. Ella would have talked Arja round… and if that didn’t work she’d have floored them with that bloody stick she used to pretend to lean on.

“What would you have made of all this Ella? An Empress on the Throne and another one back from the dead.” He was careful only to speak to Ella when no-one was around. Some of the Folk had daft enough ideas about crows as it was.

Ella would have kicked him in the shins and told him to go and do his bloody job. Talk to Arja. Problem was he didn’t know what to say. Virtues aside, he didn’t really know what to believe anymore. Half the flaming Synod said one thing, half of them said the other. Can’t pull a plough two ways at once the Marchers would say.

Someone had better make their bloody mind up - or this whole thing was just going to keep getting worse. Like that time when the Yani brothers had argued over whose arrow had killed the hind. Bad business that. Blood in a fight is good for the virtues - but blood in a family is always vile Ella used to say. The younger lad still had a limp. Bad business.

He dabbed the cloth to his cheek one last time, pulled his cloak back on his shoulder and headed out into the winter night. If he set a good pace he could catch Arja before the morning. Time for a crow to earn a crust.

Good evening everyone! Winds of Fortune are starting up. I’ve got a half dozen or so to do today, this is just the first.
This first one is potentially of interest to everyone - the threat of schism within the Imperial Synod has far reaching implications for all Imperial citizens.

You can learn more about what this means, and the ways the Synod can try to deal with their problem, here → https://www.profounddecisions.co.uk/empire-wiki/Matter_of_faith

The photo shows (L-R) Eldeen Wulfssdottir and Wise One Odanava of the Loyalty assembly (as portrayed by Kelly Battman and Clare Selley) in the hub. I have no idea what they are actually doing but it was too good an image to pass up for a wind of fortune about confrontations between the faithful.