++CASCADE++
The water of Zenith may have been unleashed in the catastrophic destruction of the Golden Cascades, but that water is now infused with healing power. The Rivers of Life flow through the streams, gathering in the pools, falling with the rain. Any wound short of death itself will heal overnight; it is as if every spring in the mountains serves as a healing potion. The Druj, if they are surprised, show no sign of it - as keen to take advantage of this enchanted balm as any Highborn warrior.

They have worked their malign craft in Proceris, transforming the sodden once-fertile plains into a dripping marshland more suited to something from their own homeland, from the Mallum. They have laid down miasma pillars, the wicked stone monoliths that anchor a supernatural force of dread and terror, and let it seep out into the countryside to cow the defenders, speeding the transformation of the Urizen farmland into a stinking morass. But these are the least of their work in Zenith this season. Even as the Winter Solstice comes to an end their armies are on the move. Easily thirty thousand orcs pour across Proceris. The Highborn have held a thin strip of land in the north-west, the gate to Clypion, for six months or so - they are overwhelmed in a matter of days.

Pushed back into Clypion they barely have time to rally before they are again on the retreat. The Granite Pillar coordinate the three Highborn armies, and it is largely due to their strategies that the Druj are slowed as much as they are. The Valiant Pegasus focus their efforts on reducing the casualties the Druj are so eager to inflict; the healing waters are powerful but even they are no match for the malice of the orcs. Hundreds of lives are saved - and not only those of Highborn warriors. At the same time the unconquered and the magisters of the Seventh Wave risk all to gather as much information as they may about the composition of the Druj forces and - perhaps - their eventual aims.

Into Clypion then floods the tide of the Druj. An overwhelming wall of orcs, set on nothing less that the annhilation of the Imperials and the conquest of the entire territory. At their forefront comes an implacable host beneath a scorpion banner who direct their fellows as how best to counter the defensive statergies of the Granite Pillar. While they are not as disciplined as their Highborn oponents, they more than make up for that with their cunning. What the Pillar seek to defend, the scorpion-warriors seem to take special pleasure in defiling.

Spire after spire falls. Then the Druj come at last to the flat mountaintop where the Halls of Knowledge once stood… and the Seventh Wave report that the absence of the college drives some of them into a wrath as terrifying as it is all-consuming. There are magicians among the Druj - ghulai and vikari alike - who are clearly apoplectic with rage that they have been denied the chance to destroy the foremost college of Urizeni scholarship. They turn the shallow lake where the college once stood black with blood spilled from those prisoners - Highborn and Urizen alike - who suffer the torments inflicted by the frustration of the Druj.

They barely pause, then, their advance fired with the rage of thwarted desire. The deluge continues, out of the hills of Clypion and down onto the plains of Iteri where the Highborn make their last stand.

The Druj do not like to fight on the open plains. Even ground as rugged as that which passes for plains in Urizen lacks the kind of cover they prefer. Their surging advance pauses, and for a day and a night it seems that the invasion may have reached its high-water mark. This hope is short lived however. A tidal wave of Druj washes over the front line defenders, killing and maiming. At first the lines hold then, one by one, the Druj push through. Those soldiers who do not immediately retreat are surrounded and devoured by the horde.

Then the Druj splinter, separate, flowing around the second line of Highborn defenders, outflanking and outmaneuvering. Chaos reigns. The intelligence of the Seventh Wave tracks the Druj warbands as best it can, providing last-minute warnings to the defenders of the movements of the foes. The last refugee camps are almost overrun - the Valiant Pegasus fight desperately to let the last few Urizen evacuate to Morrow and Redoubt, holding off the Druj in some cases to their last breath. The Druj advance reaches the banks of the river Utique; there is a valiant defence that secures time for the last escaping ships of the Urizen to make their way downstream to the river Couros. Five hundred Highborn pay for the flight of the Urizen with their lives in this battle alone, in spite of the magic of the healing river walkers.

The order comes to fall back across the Utique. Spire Calator - the ancient spire where Urizen crafters first codified the lore of the ushabti - burns. The Gardens of Pallas fall to the Druj and - to the surprise of many physicks and apothecaries - after reaping their herbs the Druj burn them also. A pall of thick smoke drifts across the Utique and again it seems that the Druj have reached the extent of their advance.

But they have not. A great storm of axes is brought to bear, stripping the trees of central Iteri. Barely a forest within three leagues of the riverbanks escapes the blades of the Druj. A profusion of pontoon bridges and rafts stretches across the river in a dozen places. Like ants, the Druj swarm across them. The Highborn pepper them with arrows, with javelins; they take up defensive positions on the banks… but fighting a force as cunning and relentless as the Druj who stand knee-deep in what amounts to enchanted healing elixir? It can end only one way. Force of numbers carries the day. Another five hundred Highborn fall in the battle of the Fords of Uteri, bringing the death toll to more than fifteen hundred. Barely a third that many Druj have been slain

The Granite Pillar do their best but it is clear that even their superior tactics will not keep the Druj at bay. The order is given. The three Highborn armies retreat through the hills into Limus, rallying at the town of Cargo - one of the most important settlements in Urizen, dangerously close to the font line of the Druj advance. A throng of refugees greets them; a quarter of the population of Zenith has gathered here in the shadow of the high cliffs of the port-town.

The Druj advance pauses at last. They now control the entirety of Zenith. Some of the Highborn weep openly, remembering the grim retreat out of Reikos only a handful of years ago, when Haros Water and Riverwatch fell to this very same foe. Some weep also when they remember what happened to the people left behind, in the clutches of the Druj, in a land dominated by the cruelest orcs.

But their tears are just tears; the healing power infused into the waters has been left behind in Zenith.

+++GAME INFORMATION+++
During the Winter Solstice, the Druj appear to have used their sinister arts to set in motion a transformation that has begun the process of turning Proceris into a stinking marshland. The region has gained the marsh quality. This may be connected to the establishment of black monoliths, but that seems to be only part of the process.

The entire territory is now under the control of the Druj - any character whose personal resource is in Zenith suffers the conquered territory penalty to production unless it is secured with the Vale of Shadows. Any Urizen from Zenith who wishes to evacuate may e-mail admin@profounddecisions.co.uk and request a new rank 1 resource in Morrow or Redoubt without paying the normal 2 crown handling charge for changing their resource.

A handful of Zenith spires are protected with Night magic from the orcs of the Mallum; the rest are either destroyed or in imminent danger of attack.

The Gardens of Pallas have been destroyed; the title Head Gardener of Urizen has effectively ceased to exist as a consequence.

Zenith falls to the Druj, who have taken great delight in destroying and defiling anything of value that falls into their hands.

The Highborn armies have been pushed back into northern Redoubt by the Druj advance. Their situation could have been a lot worse; they may have lost over fifteen-hundred or so lives but by that token Rivers of Life saved about fifteen hundred or so who might otherwise have died.

You can also read this Wind of War here → https://www.profounddecisions.co.uk/empire-wiki/382YE_Spring_Equinox_winds_of_war#Cascade_.28Zenith.29

That is, I am afraid to say, it for tonight. I’d normally play all coy, but there is only one more WInd of War to come, and it’s Spiral. It’ll hopefully go live tomorrow - I want to take a little extra time to make sure all the i’s are dotted and all the t’s crossed before I post it. I wouldn’t worry though, I’m sure everything is fine.

Photo is by Beth. I went back and forth between this and another shot for about ten minutes and settled on this at the last moment because something about the composition, and about the facial expressions, just made it too good a picture not to use. 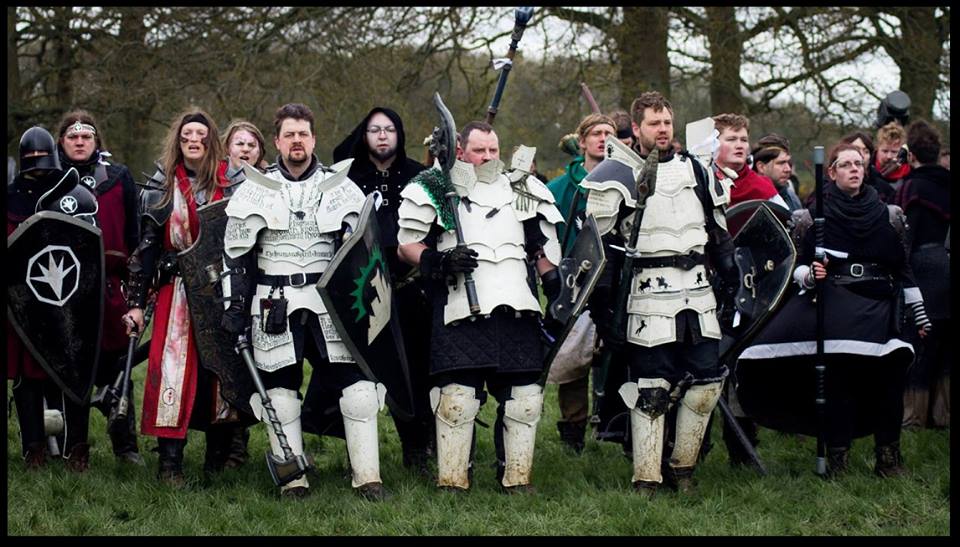 As someone who’s current and previous characters were from Reikos, this seems all too familiar!