++IMMOLATION++
The vallorn unfolds across Liathaven, but it is West Ranging where its intent is most focused. Three Imperial armies - the Quiet Step of course, with the Tusks and the Bounders in support - come south out of the marshes of Bregasland to face it there.

It is not easy to fight a vallorn. The vanguard of the vallorn is green; vines and plants and flowers that grow so swiftly they seem to be moving. Snaking over the trees of the western forests, smothering everything in their path, wrapping it in briars and thorns. Aberrant blossoms open to breathe forth the miasma that cloaks those places the vallorn has claimed. Soft white seeds drift on the wind, swiftly sprouting whenever they land on fertile soil. Human-sized ferns uncoil and spread serrated leaves, sending out great clouds of golden spores. Where the spores find open wounds, a monstrous germination takes place, plants drawing sustenance from the liquids of the body as easily as from the ground. A few warriors get them in their eyes, and only the very fortunate are close enough to a physick that their sight can be saved.

Soldiers become gardeners first, and warriors second. Perhaps it is appropriate that it is the Marchers who support the Navarr - they are farmers, and sometimes fighting the vallorn is like weeding a fallow field. Scythes and sickles are employed as often as bills and bows. Fire works a little; once the plants have been cut and torn out, they are burned. Walls of black smoke drift through the trees joining with the miasma. This is not the heart of a vallorn; once the fecund life is uprooted, it is slow to grow back.

Behind the plants come the husks. The Synod says that these are tragic victims; that their life has not fled them and their souls are trapped in torment. Unlike those corpses that are ridden by winter spirits, say the guides, the vallornspawn husks are living beings enslaved forever on the verge of death. They are tenacious opponents, and they come with the miasma that brings swift death to those that fall before it.

There is an unsettling egalitarianism to these vallornspawn. Navarr and orc shapes shuffle and stumble together, their differences wiped away by the plant life that controls them. Some are clearly recent - the wounds that felled them clear to see, writhing with fresh greenery. Others are older - much older in some cases - unrecognisable as human or orc, devoid even of the scraps of clothing or armour that the fresher vallornspawn sport.

The Quiet Step have made preparations, slathering their weapons in Oil of Blackthorn, or wielding rod and shield to deliver deadly venom. The vallornspawn husks cannot stand against these attacks, failing and withering like wax in a furnace. But there are so many of them. Thousands. The bitter fruit of decades of war, of a legacy of the long centuries of misfortune and desperation before ever the Jotun came into the woods in force. Perhaps some date back to the fall of Liath itself, before the first Navarr took their oaths. Most of them are shaped like people but a few are different. Hulking beasts, once ogres, now massive overgrown threats. Cautious briarborn, the bark that marked their Spring-touched bodies in life now grown to cover them entirely. They radiate the power of life, healing injured vallornspawn and sending them back against the Imperial soldiers.

The viridian wave breaks against the defenders; breaks and falls back and surges forward again. New horrors begin to appear. Among with the husks and the hungry plants come aberrations from the deep vallorn. Unique in their madness, in their twisted shapes, but all-too-familiar in their desire to destroy and consume anything that stands against them. Plants that lurch forward slowly but inexorably, or that lie in wait like green spiders. Natural animals long since twisted and made strange by the awful fecund power of Spring. A massive blind dire bear covered in beautiful multicoloured blossoms. A pack of trilling forest drakes covered in whiplike fronds that trip and entangle those who fight them. A great humanoid effigy half again as tall as the tallest Marcher, faceless head surmounted with horns of braided vines, elongated wooden claws ripping and tearing anything that comes within reach of its emaciated stick-like arms.

The vates whisper. Not all these creatures are natural expressions of the vallorn. There are other powers at work here.

Finally, the ettercaps begin to appear. Massive carapaced beetles scuttle out of the Westwood. They are rare, but when they appear they do not come alone. Twisted insect-creatures with the proportions of humans or orcs, wrapped in chitin. These are something new. They bear scraps of metal and leather strapped to their bodies - armour looted from the battlefields. They wield weapons taken from fallen orcs, from lost Navarr scouting parties. They work together - with more than the cunning of wolves or other natural beasts. Unlike the bulk of the creatures that live within the vallorn, they seem aware of themselves, of their enemies. They are unmarked by the changes, the uniqueness, that the vallorn fosters in its spawn. They use tactics - simple, straightforward, undeveloped - but tactics nonetheless. They flank, they ambush, they hunt out the weak links and fall on them. They possess an eerie fluidity to their movement and action - fighting together as a group rather than each one attacking as the whim takes them as is more common for the vallornspawn.

Horrors, then. A war of human folk against horrors.

The vallorn creatures are at their most dangerous when they draw near a Spring regio. The power of the vallorn takes root more easily there, more swiftly, and with more vitality. The plants and the husks are drawn to these places. Those who must fight the vallornspawn around the scattered Spring regios of West Ranging endure some of the worst fighting of the campaign. They speak also of things coming out of the regio - handfuls of horrors that attack with the power of Spring magic as well as wooden claws. The vates whisper and mutter, certain now. The hand of Yaw’nagrah rests on western Liathaven, despite the efforts of the Conclave to forbid her entry. Has she been called? Or is Liathaven so long outside the borders of the Empire that the Conclave’s edict no longer holds sway here?

There are more pressing questions; the matter of Yaw’nagrah must wait.

The battle is hard, and it is tragic. Whenever a soldier falls, they pass quickly into the infuence of the miasma. Without immediate aid, they become hosts for the very force that has struck them down. Left long enough, they rise again, infested with the power of the vallorn, to fight their former companions. Especially the briars.

The Empire is not without powers of its own. Where the Quiet Step fights, an inferno follows. A potent enchantment, fuelled by the power of the Winter realm, brings the flame of Surut to aid the Navarr. The incandescence is deep ruby red, almost black, and devours whatever it touches. It is eager to consume the vallornspawn, but the Navarr seem to have little sway over it and it burns where it wishes. Sometimes it is in the blades of the warriors. Sometimes it kindles in their wake, seizing on fallen vallornspawn or igniting suddenly in the branches of a living tree. It reduces everything to cold grey ashes. It does not harm the Navarr or their allies - not directly. After a few hours, anyone fighting alongside the Quiet Step is caked in dirty ashes, coughing from the smoke that clings to everything. Soap and water will not shift the stench of burning wood. The flames in particular seem hungry to consume Spring regio, and with each immolation of a magical place, they burn stronger.

In the end, the green tide of the vallorn is met and turned back, but the fighting takes a heavy toll. Nearly fifteen-hundred Imperial soldiers - the bulk of them Marchers - fall before the unnatural ferocity of the living forest. Most of those who are overcome in Liathaven are burnt, or beheaded, or rendered to dust by the power of Surut lest they rise again as vallornspawn husks. No Navarr welcomes such an end, but for the Marchers it is a particularly cruel fate. Eight hundred yeomen denied the quiet peace of the soil of their homeland, denied the succor of the apple trees and the rest they have earned.

In the end, as the last fires burn dim and the miasma begins to thin, the Empire has made significant gains in north-western Liathaven. The land is as scarred as the soldiers, however. Swathes of forest have been consumed by Surut’s blazing gift, or so warped by the vallorn that there was no choice but to take axe and burning brand to them. It will be decades before the woods recover - if they ever do.

But for now, the vallorn’s power has fallen blunted - if not subdued.

+++GAME INFORMATION+++
The vallorn has been prevented from seizing West Ranging. The Empire has made significant headway toward capturing the region, but has not conquered it completely - they are still in the process of establishing a beachhead in northern Liathaven.

As predicted, the vallorn’s attempt to expand into West Ranging has expended a lot of energy, leaving it vulnerable. An opportunity exists to push south into Westwood and potentially clean the infestation from this region. As before, magic may be helpful in establishing how difficult that is likely to be. The lack of a beach head in West Ranging will make it more difficult to press into the Westwood. It will also mean fighting in an area claimed by the vallorn miasma - casualties are likely to be higher than normal as a consequence.

Fire has destroyed great swathes of the forest here; both natural fire and the grim magical immolation of Surut. The latter has left wide ashen scars where nothing will grow, especially where it has consumed a Spring regio. There is no doubt that this has been effective in helping the Imperial forces defeat the vallorn, but so much damage has been caused that the region has lost the forested quality. Almost all the Spring regio in West Ranging have been consumed by Surut’s gift.

Imperrials 1, Vallorn… well who’s been keeping count? Either way, the Navarr and their Marcher allies have kept the vallorn from swallowing another region of Liathaven and are looking at an opportunity to do more than that - to potentially achieve the once-in-a-lifetime-or-so victory that reclaims what was once part of Terunael from its green frondy clutches.

Quite a few people are dead; or at least no longer alive in the conventional sense. It’ll be fine I’m sure.

There’s a participation section for this Wind of War as well, if your military unit was fighting in Liathaven - you can read about it (and read the wind of fortune in a more eye-friendly format) on the main wiki here → https://www.profounddecisions.co.uk/empire-wiki/382YE_Spring_Equinox_winds_of_war#Immolation_.28Liathaven.29

One more Wind of War tonight, in about half an hour once I’ve had my hot chocolate.

The picture is Beth again and again there was some stiff competition but I decided in the end to go with the more upbeat “angry Navarr” and save the more depressing “unstoppable, undying horde of the vallornspawn” for later 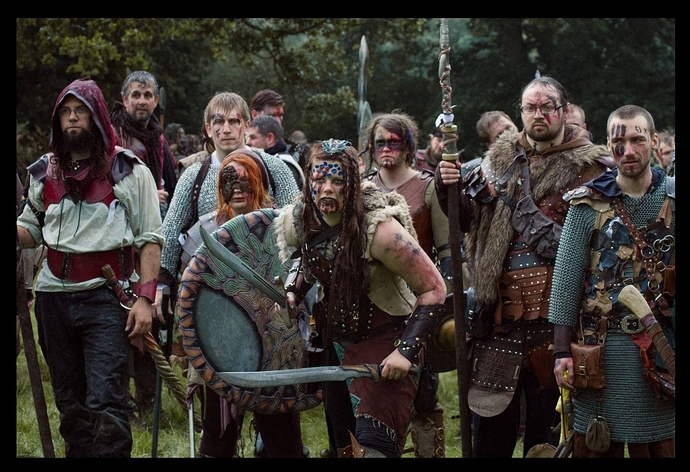