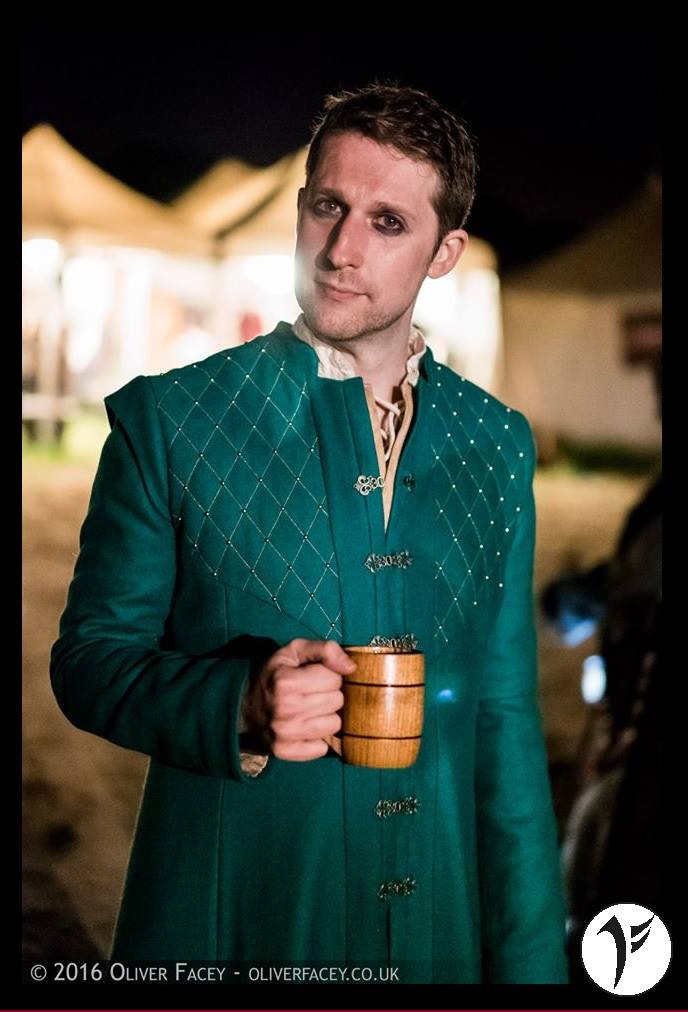 The Eastern Sky march out of Spiral into Optarion, in eastern Redoubt. Blue and gold tents pool around the Court of the White Fountain, supporting the Urizen garrison. The knights, war-witches, and yeomen of the third Dawnish army are ordered to avoid major engagements, but to slow the Grendel advance wherever possible. Some of the commanders are a little nonplussed, but for the most part the soldiers are more than happy to enjoy the hospitality of the Urizen.

While the army rests, the Heliopticon is busy. Light and dark flicker, bringing terse messages from the spires of the storm-tossed southern coast. From the fishing town of Elos comes news of a major raiding force turned aside by a warband of Imperial heroes. While the town suffered some damage, the orcs were prevented from burning it to the ground.

The remaining fishing boats and trading ships of Elos take shelter from the magical storms in their deep harbour, but with their spyglasses they keep as close an eye as they can on the orc force. They report that the majority of the Lasambrian ground forces have made a disciplined withdrawal back to their ships. The Grendel vessels have set their sails - some crimson, some emerald-green - and swiftly departed for open waters. They are not quick enough to outrun the wild Spring magic already taking hold across the southern coast of Urizen - some of their sails are tattered and torn by the time they pass beyond the ken of the watchers at Elos.

Not all the barbarian forces have departed. The Winter Solstice surprise attack left the orcs in possession of several southern spires. Rousting these remaining orcs would provide little challenge for an Imperial army, but while they remain the southern orcs have a foothold in Naris. Should the Grendel return, the forces left behind would aid them in seizing a beachhead here.

The main focus of the remaining forces appears to be the spire of Evenstar - the hospital where Urizen practitioners of Spring and Day magic worked their magical arts to treat the sick. This spire fell to the barbarians during the Winter solstice - one last desperate flickering of the Heliopticon marking its fall. “The orcs are here. The gate has fallen.” Then silence.

The Grendel forces appear to have left Redoubt. While they do not control a region, their attack has established a foothold in Naris. It would be a simple matter for an Imperial army to use an appropriate attack order to clear the region of the remaining orcs, but while they remain they will make it easier for the Grendel to take a beachhead here should they return.

In campaign terms, victory points accrued toward conquering a region do not go away naturally and count toward future attempts to take that region. Victory points are only removed if a campaign army attacks the conquered areas.

So! Start with a quiet one. Technically its a victory - no Imperial troops die and the orcs have mostly left the territory. Mostly.

The picture is General Vincent Vexille of the Eastern Sky, enjoying a nice mug of something Urizeni. It’s from the portfolio of Oliver Facey, whose excellent Empire photographs can probably be found in his galleries here → https://www.facebook.com/oliver.facey/photos_albums?lst=699541214%3A624060290%3A1496401149