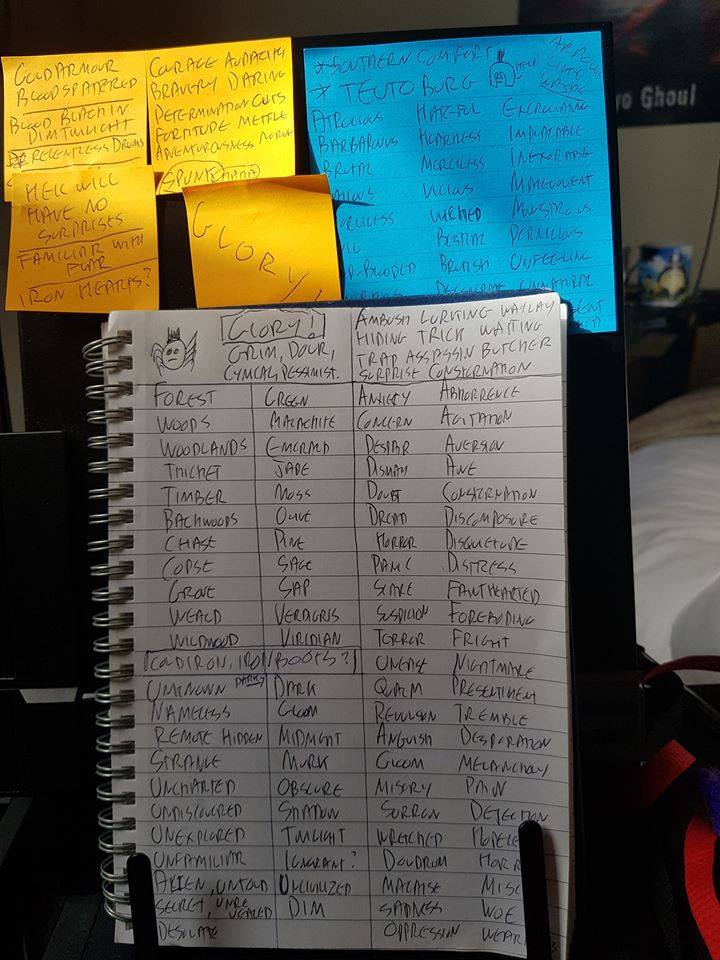 Raff here. This morning I’m finishing up a thing. I’m not making any promises but hopefully it will be done-and-dusted sooner rather than later.

This here is a picture of one of the tools I use to write Winds of War when the words are not coming as easily as they might. I thought you might find it entertaining on an otherwise gloomy Monday morning.

I don’t always use lists and post-its like this (I get through a lot of postits), but when I’ve got a tough bit of text to create and need to jumpstart my brain I grab a thesaurus and write down a bunch of words that’re going to be important to the bit of text. It has to be by hand - a word doc doesn’t work, nor does just having a thesaurus open on the screen or desk.

Once I actually start writing I often don’t refer to the list unless I’m stick for an adjective - its the initial exercise of writing the words down that gives me the initial burst of wordenating I need to get started.

The other way a list like this comes in useful is as a reminder of what I’m doing if I need to leave the computer to batter some zombies to death with a hammer or what have you.

Anyway. I’m not saying which Wind of War they go with, but you can possibly make an informed guess. Maybe.