In our penultimate thread on the subject, what 3 things would you tell a new player who was thinking of playing in Urizen. What bits of the brief are important, what parts often get overlooked and what bits are just super cool

. Practical tips about how to be poiseful or just get that Urizen look just so would also be great.

I love the Urizen brief, but owing to how subtle it is, lots of the nuances are lost. The first thing I would say to someone who wanted to play in Urizen is to really read through the Nation Brief and commit to it. It is not an easy brief to get right, it might even be the hardest on the field, but getting it right is really rewarding. There are plenty of nations where one can play an emotionally distant wizard - but Urizen has a lot more to it than that.

Rather than suggesting three, I’m going to write about what I see as the biggest stumbling block to players in Urizen.

Poise ≠ Emotionless.
The common joke cracked about Urizen is that of the ‘Vulcan space elves’ which is needlessly reductive, and misses the point of poise entirely. Vulcans and elves are a different race to humanity and are written that way to be emotionally different to humankind. Imagine then, if that mastery over emotion were played by someone who - to all intents and purposes - is a standard human.

“In truth they feel their emotions as deeply as any, but they strive to master their emotions and subordinate them to their rational spirit. The Urizen believe that you draw your strength and impetus from your emotions, but the emotions must be controlled for this to be usefully directed.

Rather than subdue or suppress their emotions, Poise is the practice of allowing yourself to feel your emotions as deeply as possible yet retain perfect self-control. Practitioners seek to hold themselves in a state of equilibrium so that they channel the strength of their emotions at the perfect moment.”

Many people, even those who have been playing Urizen for a long time, forget this. It is important that when roleplaying someone born and raised in Urizen that you are playing a deeply emotive brief. Grimace at something distateful, show surprise if something has wrong footed you, if you are really angry then be seen to be restraining yourself, or not - use your anger in a brief and explosive reaction and then return to resting.

“A common drill used to develop poise is the “deep breath” – a simple meditative technique where before undertaking any challenging activity the individual takes a breath and holds it while taking a moment to harness their emotions and decide how they will act. When the student breathes out, often explosively, they spring into action.”

My tips would be to have a few ticks or quirks that you know reflect your Urizen’s reactions to restrained emotion. Here are mine that I use for Tanwyn, if they are helpful at all:

So I hope that’s helped. I might put some thoughts together on personal space and physical intimacy. But I’m getting a real sense of the sound of my own typing…

Physical contact is considered one step more intimate. A bow is a handshake; a handshake is a hug: a hug is a public display of affection and should slightly embarrass people who see it.

Live deliberately. Know your stuff. Have a preference and express it. Have an opinion. This is Urizen, where either you are an expert in it or you’re studying to be one or it’s something to get other people to do. Never be content to be mediocre. Don’t settle for your second best effort. Thus is Ambition. Thus is Pride.

Number One: screw the kit brief, dress for the weather

No one will care that you’re wearing wool if the alternative is hypothermia.

Your character is constantly striving to perfect, to achieve arete in, their poise. Failure to maintain poise is very much within brief, so long as your character recognises their failing and strives to improve. Lineage provides a great excuse for roleplaying this struggle. I play a Briar, and he relentlessly fidgets or taps his feet when excited, but because it’s a deliberate expenditure of energy to prevent it escaping in other ways, he considers himself poised.

Number Three: the net of the heavens is not always about friendly cooperation

All national briefs have a darkside. The net of the heavens is about getting the right people and the right stuff in the right place at the right time, no matter what their opinion on the matter is. We are meddlesome wizards who will go to any lengths if we’ve decided we know what’s for the best. We are gandalf, but we are also saruman.

Most have something they aim to excel at, and devote themselves to constant improvement in that field. What your focus is can be entirely up to you, but picking something and chasing it is a good easy way start building your characters personality. Research mages who spend all night planning arcane projections, people who do nothing but train with a specific weapon style 8 hours a day, dedicated politicians… these are the type of characters that seem to fit the brief. If Empire was a real time strategy game we’d be the nation where each unit did one job really really well, but sucked at all others.

Obviously that doesn’t mean you can’t diversify your skills, knowing a few combat skills on the side or dabbling in magic might well be useful to your character at some point, but all the best Urizen I’ve met so far have one over-riding function or purpose that defines them.

As others have said, it’s not that Urizen Citizens avoid all physical contact (although some do), it’s just that personal space is much more significant. Gestures like lightly touching someone on the arm, or clasping hands are more emotionally charged to Urizen, so they’re used sparingly.

That can be an excellent source of roleplay, I mean you could be an Urizen who goes around hugging everybody, as long as you realise that in Urizen society that’s like being the family member who insists on showing their underpants to everyone they meet, slightly mad and a bit embarrassing.

Laugh, rage, cry, commit murder, condemn your neighbours for heresy if you have to but whatever you’re doing, do it because your character has decided to do it, and while in the process of doing it, aim to be emotionally in control. Loss of control is loss of poise, and loss of poise is to be avoided.

If you are a tactile human who likes hugs, make a plan to go to the OC field with your friends every now and again and hug them - otherwise the Urizeni reserve and personal space can feel weirdly isolating.

A great Poise hack is to wait a breath before responding to anything you feel strongly about. That gives you time for the immediate feeling to subside which lets you manage your reaction more deliberately.

The Urizen look is about looooong layers, which is great because you can conceal some sweet thermal layers underneath everything else!

Poise means trying to only have an emotional response if you really mean it.

Where’s that photo of Elrond yelling. Be like yelling Elrond.

Poise does not mean humourless or “clean”. The Urizen in play have several song books of funny and downright dirty songs and poems.

I think there’s a distinction to be made between “meaning it” and “doing it deliberately”.

If you find yourself weeping at a funeral, you probably really mean it, but unless you deliberately chose to make that emotional display, unless you are in control of your body by saying “yes I am letting this happen”, you’ve broken your poise. 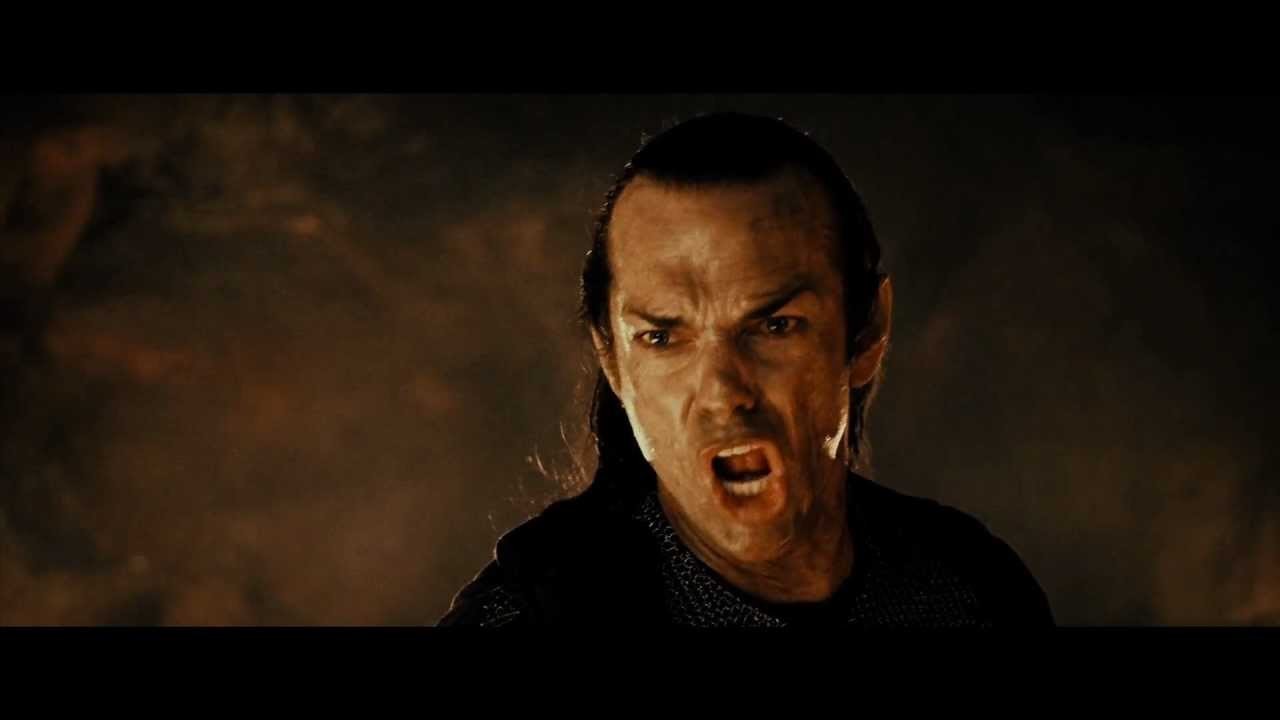 Elrond is shouting because: a. he feels very strongly about what should be done with the ring both rationally and emotively, b. it is very loud inside volcanoes, c. he knows his argument will be better received by Isildur if delivered with passion, and d. time is an important factor. All of these things are in Elrond’s mind at once, and he is consciously raising his voice in an empassioned plea.

Very importantly, Elrond is not shouting “because I’m very tired and I just fought a battle and I nearly got killed by orcs like a dozen times and it’s really hot in here and honestly I’m feeling very betrayed right now”.

…although if Elrond were yelling because he was tired and hungry and so was everyone else in the Tedious Meeting of Doom but nobody else had yet admitted it, and this was an effective way to get people to stop talking about the fish quota and go and get lunch so that they could do something useful…

Also a poiseful use of yelling.

Floor length robes should in fact be calf length. Anvil is muddy when wet. Seriously muddy.

Urizeni strive for excellence. Wherever your excellence is, do not be apologetic about it. Not everyone will understand. Some people will challenge you, or may not wish to be involved in your Thing. That is ok too. But it it your Thing. Be Proud and do it.

Expect space and give space, both in your physicality and in the way you speak. You may find (as has been mentioned) that players in Urizen speak more slowly, or leave silences while they consider their response. Do not take this to mean they are disagreeing/discounting/thinking about the tavern. It is likely a sign of how much your remark has affected them.