Hello! I’m preparing for my first ever LARP experience at Winter Solstice, and I’m writing a character who’s been sent to Anvil by her remote steading to seek training as a vate, as there were no vates in the steading who could take care of her and show her the ropes. I want to portray her as initially alarmed by/reluctant to accept her magic abilities (maybe torn between sense of duty to the Navarr and her own fear of magic/the unknown) and over time becoming more confident and self-accepting as she finds her place in the Dance. I think this will give me a good excuse to be all “I’m new here, please teach me stuff”, while also adding a whole load of pathos to her journey.

So my question is… what might that initial surge of unharnessed magic have looked like? I don’t want to portray her as massively overpowered, but I’d like there to have been some “incidents” that have made apparent her affinity for magic (Summer lore, I guess, as Im planning on being Changeling) and led her to be a little wary of using it. I’ve read up on spellcasting and ritual magic a little bit, but I’m wondering if there’s a baseline “magicness” that’s obvious even if you’ve never learned a spell? Maybe some routine hearth magic that was more powerful than anticipated?

I expect you’ve read it but:

Like artistic ability, command of magic is both a talent and a skill - some people are born with a natural knack for working magic, while others develop their ability to weave spells through hard work and long hours of study. Even a natural talent needs help channelling and honing their power, however - there are many stories of prodigies who lack the ability to control their magic properly causing minor magical mishaps.

You might like to consider The Law of Intent which roughly states that “Magic does what you mean it to”. I don’t want to probe the difference between explicit and implicit intent too much, as that is a crazy rabbit hole. Experiencing synaesthesia as a response to curiosity feels very on-brief. Magicking an effect without some intent, or even opposite to intent; probably less so.

So the base three abilities that every mage learn is to See magic, to open portals and to create and break bonsd. coupled with the idea that magic does what you want some ideas:

-Seeing strange lights on the Trod near the Steading.shortly after that one striding camp past.

There’s an interesting note in Operate Portal, which means it is also how Mages access external power sources such as Mana Crystals. Was there one rock that, as a child, you felt was particularly lucky?

As well as considering back story I suggest you consider what kind of magic you want to do. There are two branches of magic which each split off into two sub-branches. There is the ritualist and the mage.

The ritualist splits of into ritual magic, which is what is sound like, and arcane projections, which is all about making new rituals.

The mage splits of into battle mage, who can use combat spells, mage armour and a staff, and the support mage who can heal and buff others and themselves.

You could turn up with nothing but the magician skill and then see what you want to do. A basic mage with nothing but the magician skill can operate portal (so you can go to the hall of world, which is the place they hold magical senate), detect magic (https://www.profounddecisions.co.uk/empire-wiki/Detect_magic) and create bond (which magically connects or separates a willing participant from/to an item or group). A spell will originate from a certain realm of magic but you do not need lore in that realm to use it, just the spell skill, however none of the basic spells are summer spells. The detect magic spell is a day spell and the create bond is an autumn one.

This means you could say that you used one of these spells by accident, maybe you got a glimpse of something to do magic due to the detect magic skill. However it doesn’t show any affiliation to summer. Empower is a summer spell which gives people a temporary, extra hero point. Maybe a friend gets pushed into you and you accidently power them up and they steam roll the person that pushed them?

With hearth magic, you need to be careful. It is a thing that does exist but in some ways only for your nation. There are bits that can spill over and some bits that will affect people of other nations if they come to you but things like tattoos are really only important to the navarr. It also different to realm magic. Realm magic comes from, well the realms however hearth magic comes from the people of a nation. Realm magic allows you to cast spells and rituals where as realm magic may help you to flavour them and are really more rp.

Quick thing. I found this after posting, this might be useful:https://www.profounddecisions.co.uk/empire-wiki/Blood_magic.

As mentioned above, magic is something you do deliberately. “Uncontrolled” magic is extremely rare in the setting and I have never seen a player character with it. I have only heard of one human NPC with anything like that. However, I think you could get the right flavour from spells you perhaps didn’t realise you could cast, as long as some sort of intent was there. Accidentally unbonding items is a good suggestion because there is already a game mechanic for unbonding items, but it would be better to add an intent, e.g. you were jealous of it, you just didn’t realise that applying that intent would actually make something happen. Accidentally shattering a mug is perhaps OK if you take the shatter spell, but since it needs to be delivered by implement, perhaps the “implement” in that case was a teaspoon. I think there are quite a few nice little anecdotes you can write using your spell list without bending the rules too far.

I’ve been thinking that perhaps we’re looking at this all wrong. Whilst the setting avoids “random” magic (in the same way as it tries to ensure consequences are advertised in advance, something about making decisions profound) it does not discourage “naive” magic, and making ill-advised decisions. There are plenty of non-imperial agents who might like to provide a little support to a blossoming mage. Over-reaching with magic with the support of a Tulpa, Eternal or Dodgy Coven is a go-to for creating a Plot NPC.

This is an excellent point. I think it’s far better to come up with a background which works with the setting rather than trying to ram a square peg into a round hole. I can think of ways to shave the corners off, but why not just use a round peg instead?

Thank you all so much for these pointers, I’m getting really excited about the added little complexities they might give my character.

I really like the guidance from the law of intent, and the idea that any effect she’s caused must have been the result of implicit intent or naive will (i.e. casting the basic three spells without having learned them formally). I think this angle could explain her mixed feelings about magic as well - if she’s caused mishaps through strong feelings and selfish impulses, she may worry that she’s not morally “good” enough to wield magic responsibly.

I’m going to write a couple of incidents in which strong emotional reactions or urgent needs have caused her to open portals/break bonds. I might also run with the uncomfortable synaesthesia-type experience when unwittingly casting detect magic.

As an aside, I’ve been reading up on the Music of the Spheres, and the note on how the Navarr use a free-flowing approach. I’m planning on my character being a bit of a singer (might as well make use of my own soft skills) so would it be too far-fetched to suggest that she often sings improvised songs to herself, and sometimes intuitively/naively weaves magic effects into these songs?

square peg into a round hole

If you use a square peg and give it a solid strike with a mallet the wood shears along the grain giving a peg that is not only a better fit for the hole, but also easier to make. Ramming a square peg into a round hole is often a very good idea.

It’s literally how you make dowels, but a bad idea to hammer PCs through a tiny hole. 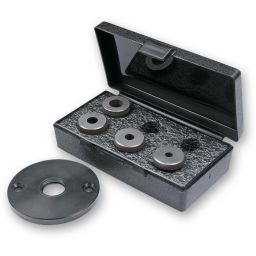 This former allows you to make exact diameter dowels of any timber species you wish. You simply drive an oversized piece of wood through the sharp edged hole of the solid A2 tool steel insert. The 75mm diameter mounting plate has screw holes for...

Singing as a method of magic casting is excellent and definitely OK. I know a few people who do that already.